Arts: A multiple of sums 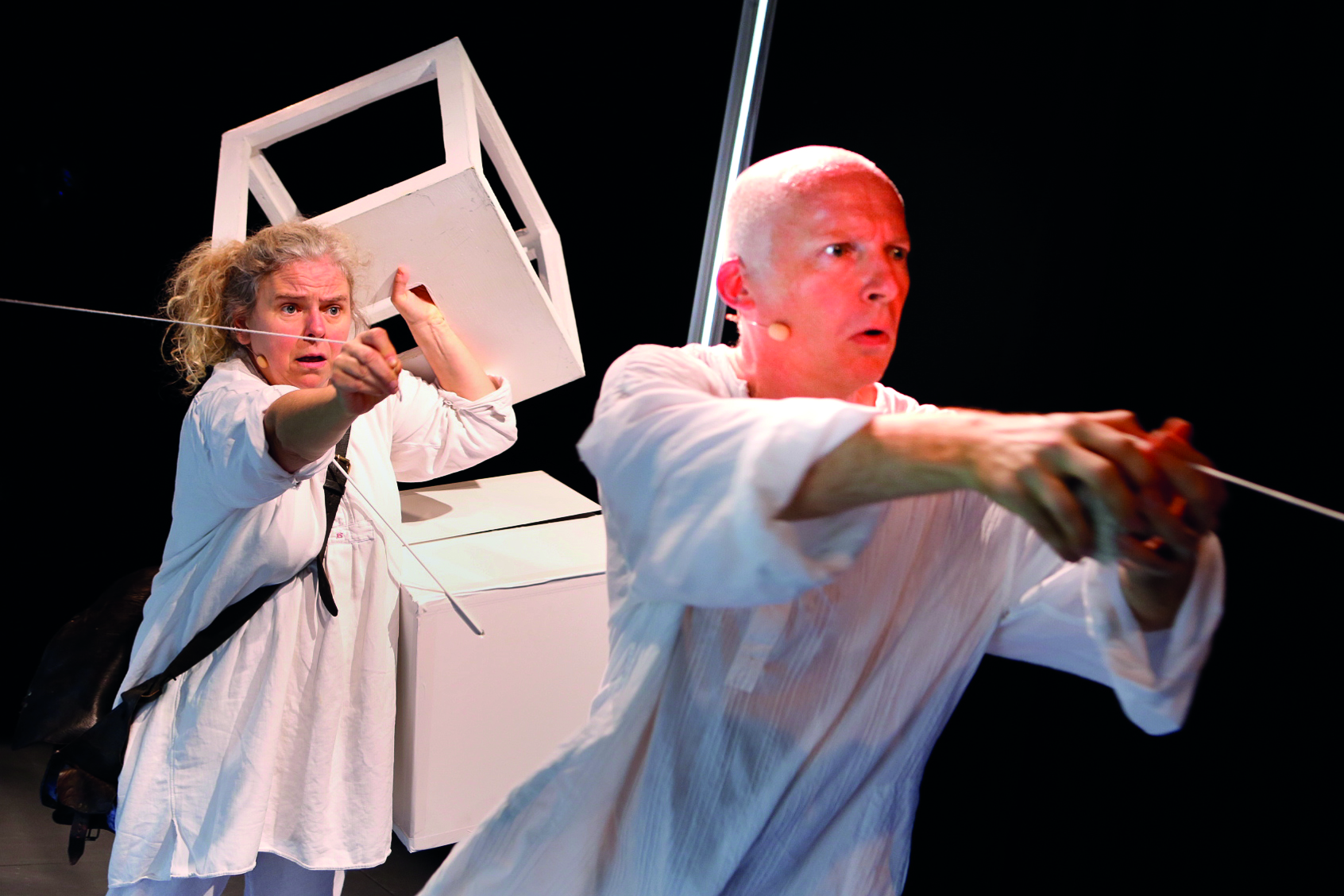 One of the most common responses on hearing that you have a degree in mathematics is something along the lines of "you must be really good at times tables". While this may be true - except, in my case, not the 7s or 8s - I normally respond with "my degree is in mathematics, not arithmetic". The distinction is fundamental, but lost on many.

As Marcus du Sautoy says, it's like the difference between learning Shakespeare and learning to write.

As holder of the Charles Simonyi Chair in the Public Understanding of Science at the University of Oxford, it is du Sautoy's task to promote a true understanding of science to the masses and to elevate the awareness of mathematics above functional arithmetic. I first became aware of him while watching The Story of Maths, a series shown on BBC Four in 2008. While relatively niche in both subject matter and broadcasting channel, it was well received among the 'mathmos' that I know.

It is, however, his partnerships with popular comedians Alan Davies and Dara Ó Briain that may have brought him directly into mainstream consciousness. But brainteasers and puzzles are a long way from abstract mathematical concepts.

In creating X&Y, du Sautoy and fellow mathematician and protagonist Victoria Gould, attempt to bring the abstract to the people through the medium of theatre. Respectively portraying variables X and Y, they explore the concepts of zero, infinity, irrational numbers, imaginary numbers and the fourth dimension.

X reveres the beauty of mathematical theory and chases infinity, while Y is the challenging and wittier voice of the limited and inelegant real world. For example, while in theory you can keep cutting a sphere in half, resulting in ever smaller segments, in practice you can't do this with an orange.

As X and Y journey around their minimalist world for 75 minutes, there are moments of humour, and successful characterisation of both variables leads to some poignant moments as they discuss singularities and the finiteness of time. However, be warned as there is a lot of maths. A lot. From the first interaction, a rapid algebraic duel quickly sorts the mathematicians from the boys: "Factorise!" "Differentiate!" It was like being haunted by my university interviews. And it's not just algebra and calculus: geometry, topology, logic and even thermodynamics are used with abandon.

This level of technical language makes for an awesome experience. Readers of The Actuary who have previously trodden a mathematical path, may find X&Y to be a whistle-stop trip down a steep (and perhaps rather dusty) memory lane. But non-mathematicians may find themselves lost in the jargon.

The final message is clear though: maths is like theatre. Both have limitations in physical space, and both have unbounded potential in the human mind. But if X = maths and Y = theatre, does that make X&Y any more than the sum of its parts or is it just a well-staged maths lecture? Perhaps, as a mathematician, I have been guilty of not seeing the poetic wood for the iambic pentameterised trees. 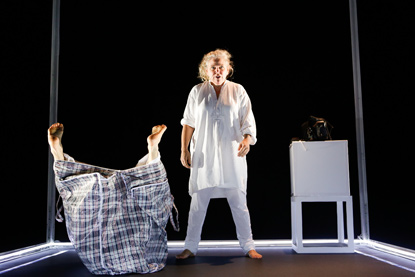 Marcus du Sautoy reveals the inspiration for X&Y, his influences and plans for the future

Would you describe X&Y as maths or theatre? Where does science stop and art begin?

X&Y is first and foremost a piece of theatre. But it is theatre with a mathematical structure at its heart. The two disciplines share much in common. They are both about creating abstract worlds with internal rules that are explored through the narrative of proof or performance. I hope the piece will reveal that both mathematics and theatre provide languages to explore big ideas like 'What is the shape of the universe?' or 'Does infinity exist?'. We too often talk about this divide between art and science, 'The Two Cultures'. My belief is that this is a false dichotomy. In X&Y, there is no line which marks the crossing from science to art.

How would you like the audience to be affected by watching X&Y?

As a piece of theatre, it is important that the audience care about the characters X and Y. They are on a journey in which their initial antagonism towards each other's world views is replaced by a recognition that, to make progress, they need each other's perspectives on the universe. The dialogue is infused with mathematical ideas, but it is not necessary to be a mathematician to appreciate the piece. The maths is almost like a poetic language they speak. Many of the mathematical ideas are brought to life through the clowning that X and Y do so that the audience can see the maths before their eyes.

What was the appeal of maths and science to you as a child?

Mathematics is the only subject where, once you have proved something, it is true for ever. I love the permanence of it, the fact that you are getting to eternal truths of the universe. Mathematics is the study of pattern. It is very creative. I think that creative aspect appealed to my artistic sensibilities.

Actuaries often deal with known unknowns. Did you consider a career as an actuary?

I knew that I wanted to be a research mathematician, creating new mathematics. What I do is motivated not by utility but beauty. I am hopeless if there are any numbers involved! I like my mathematics abstract and involving X and Ys rather than real data.

What are the key challenges you face in trying to improve the public understanding of science? Does this include financial literacy?

I am keen to impress on people that there is a difference between numeracy and mathematics. Numeracy is the grammar and an essential tool, but mathematics is about the stories you tell with those numbers. Having a good mathematical mind is clearly key to financial literacy, but I am concerned about the drift in education to motivate the learning of mathematics as a tool, rather than celebrating mathematics for its own sake. We don't study Shakespeare in school because it helps us to write better letters.

Which is the more effective way of communicating maths: teaming up with man-of-the-people Alan Davies or brain-box Dara Ó Briain?

Both are fantastic to work with and very smart. Alan likes to play the fool, but he is extremely clever.

The director of the Horizon programme we filmed together, Alan and Marcus Go Forth and Multiply, was constantly frustrated at how quickly Alan got ideas of four-dimensional space, prime numbers and infinity. I am constantly amazed at Dara's performance on The School of Hard Sums.

He never sees the questions in advance, yet is able to crack the problems live on camera.

I'm also impressed by how well our guest comedians do. I think comedy creates a mind that is good at lateral thinking, and that is a strong skill when it comes to puzzle solving.

It is great that projects like The School of Hard Sums are providing ways to bring mathematics to more diverse audiences. It is very much the spirit of what the Science Museum is trying to do by producing X&Y, using theatre to showcase science as part of the cultural landscape.

What other projects do you have coming up?

I have just started writing a new book called What We Cannot Know. It explores the limits of how much science and mathematics can tell us. Are there things that, by their very nature, will also be beyond our knowledge? The project grew out of many of the ideas that are at the heart of X&Y.

X&Y A new tour of the production is being planned for 2014 at science festivals and in theatres. Dates will be confirmed in the new year.