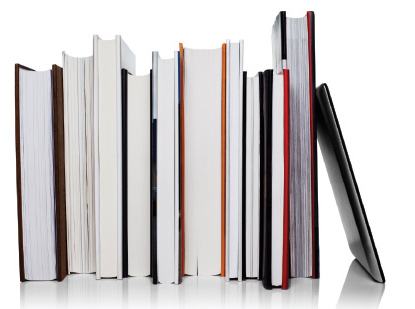 We all, I suspect, have our favourite weird words. One of mine is 'palimpsest'. A charming word that appears often in Thomas de Quincey's works, most notably in Suspira de Profundis, which is roughly translated as 'sighs from the depths'.

De Quincey describes the palimpsest as 'a membrane or roll cleansed of its manuscripts by reiterated successions'. Before the advent of cheap paper the written word was often conveyed on such re-used parchments.

One might have thought that the palimpsest would have disappeared long ago but in fact there has been a remarkable resurgence in the form of e-books. The paper we have taken for granted for hundreds of years has now been replaced by a screen in almost constant flux as one page is erased to make way for another.

These devices have advantages and disadvantages.

I bought a Kindle mainly to facilitate 'multi-tome' reading on long journeys, and also to allow the speedy acquisition of foreign books that are difficult to acquire in Britain in printed form.

I have since found it ideal for my pastime of creating commonplace books which are collections of extracts from books I'd read. This used to require many hours of laborious transcription but can be done now by a quick 'swipe' of the finger, transferring extracts into the reader's 'clippings' file. Work documents can also be read on these devices. Many actuaries will have grown used to board and senior management meetings that are now almost devoid of paper.

Of particular interest are books that are available only as e-books or are substantially cheaper in that format. This review considers a few such books that might be of interest to actuaries.

What Went Wrong With Economics: The Flawed Assumptions That Led Economists Astray by Michael Reiss is an interesting example. Reiss writes at a high level around the areas of money and credit supply, the banking system and inflation. He finishes with his proposals for a sustainable economic structure based around full reserve banking. His work is only available as an e-book.

On a similar subject is George Cooper's The Origin Of Financial Crises: Central Banks, Credit Bubbles And The Efficient Market Fallacy. This can be purchased in e-format for less than a fifth of the print version's price. It is one of the best books on the factors underlying financial crises in general, and the most recent 'crunch' in particular; a review was published in the July 2010 edition of The Actuary (see bit.ly/175TASk).

Another interesting and inexpensive e-book is Are You Smart Enough To Work At Google? by William Poundstone. What I thought would be a slightly irritating collection of weird 'post-Mensa' questions turns out to be a fascinating and very engaging history of employee selection processes, moving from standard interviews (largely useless) to tailored questions, and how these have attempted to test intelligence and creativity.

Google's own questions, which seem successfully to test both of these (and so avoid just finding 'brainy slackers who never achieve much of anything'), have also had the interesting effect of making Google seem an inspirational and cool place to work. This has generated a virtuous circle of plentiful applicants of the right sort to be sifted through, despite a one in 130 chance of remaining in the sieve.

Finally, a financially oriented but easy-reading e-book is Barbara Stcherbatcheff's light-hearted Confessions of a City Girl. Stcherbatcheff is the former 'City Girl' columnist from a couple of London newspapers, whose columns described her life as a woman in the lower ranks of an investment bank.

You might describe this book as the empirical counterpart to the more theoretical examinations of banking and economic incompetence noted above; more entertaining, but much less interesting.

What are your thoughts about e-books, and interesting reads on them? Write, and let us know.

Matthew Edwards is a senior consultant at Towers Watson. He is a former editor of The Actuary