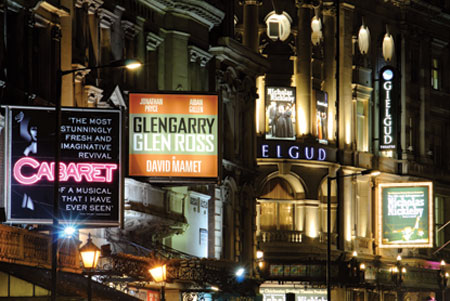 This year is the bicentenary of the births of Giuseppe Verdi and Richard Wagner, considered two of the most influential composers of nineteenth century operas.

Most opera houses worth their salt are producing more Ring Cycles this year than you can shake a baton at and masses of Verdi. And why not? Their music is glorious, albeit in two markedly different styles. Dorset Opera, whose board I chair, is no exception. It is staging The Flying Dutchman as well as a new production of La Traviata directed by Sir Jonathan Miller.

However, I feel a slight concern for the forgotten few also born in 1813, whose stars did not burn as brightly as Wagner's and Verdi's. What about the Russian Alexander Dargomyzhsky? Or the French pianist and composer Charles-Valentin Alkan?

I attended a concert recently at which the famous bust of Beethoven by Johann Schaller was lowered from the stage. This concert featured the Cello Concerto by Witold Lutoslawski, born a mere 100 years ago in 1913, which was commissioned by the Royal Philharmonic Society and first performed in 1970. The hall was half full and the audience was equally split between those who loved it and those who hated it.

It is very theatrical and Lutoslawski places the soloist in conflict with the orchestra. The music is never dull, always virtuosic and often played ad lib. I suspect I would not have enjoyed it on the radio as one needed to see the dramatic interplay between Johannes Moser's cello and the Bournemouth Symphony Orchestra. There aren't that many 'modern' pieces I'd immediately say I'd like to hear again, but this is one.

Benjamin Britten was also born in 1913 and, while virtually all international opera houses are featuring Wagner and Verdi, Britten's contribution is less obvious. This is a great shame, but in box office terms he is not such a draw. However, one of my other interests, Bournemouth Chamber Music Society, promoted a recent recital by the Benyounes Quartet, an emerging, dynamic and engaging young British string quartet comprising Zara Benyounes (violin), Emily Holland (violin), Sara Roberts (viola) and Kim Vaughan (cello), in which we heard Britten's Three Divertimenti. An early work, written when he was only 20, it's fun, full of life and energy - and quite tricky!

If you want to see an energetic and exciting conductor, look out for Karl-Heinz Steffens. He's a former principal clarinet of the Berlin Philharmonic who now is music director of the Halle Opera and Staatskapelle. His performance of Brahms' Symphony No. 1 in Poole left me and the audience breathless and exhilarated. He is travelling Europe conducting operas, including the inevitable Ring Cycle in Halle. Seek him out.

In February, I bade a fond farewell to the Cottesloe Theatre at the National, where, during the past 20 years, I've seen some extraordinary productions. It is being refurbished and renamed. The Effect was a new play by Lucy Prebble exploring Big Pharma, the perils of neuroscience and the nature of clinical depression. Anastasia Hille, Tom Goodman-Hill, Billie Piper and Jonjo O'Neill were the ensemble group of actors and gave a performance that left us drained emotionally. It deserves every award on offer.

The London theatre scene is in an amazing age of excellence. After seeing Rupert Everett in The Judas Kiss only a few weeks earlier, I did not think things could get better. Just to show how wrong I can be, I saw Nicholas Hytner's Othello at the Olivier Theatre in May. In the first half, as Rory Kinnear's Iago weaves his spell, the audience tittered with the self-knowledge of the deceits and what was to come. When Adrian Lester showed the full power of his Othello in the second half we were all numbed into taut, quiet submission as the scale of his helpless wrath wrought its worst on Olivia Vinall's innocent Desdemona. Such passion!

This surely is the hot ticket for 2013, but there are none left! Console yourself with a visit to the National History Museum and see the Genesis exhibition by Sebastião Salgado. I defy you not to wonder at the artistry in his photographs of landscapes, wildlife and remote communities in our extraordinary world.


Alan Frost is a former regular contributor to the arts page, but is now busy as chairman of Dorset Opera and of Bournemouth Chamber Music Society