The Signal and the Noise: The Art and Science of Prediction, by Nate Silver

The Signal and the Noise: the art and science of Prediction by Nate Silver 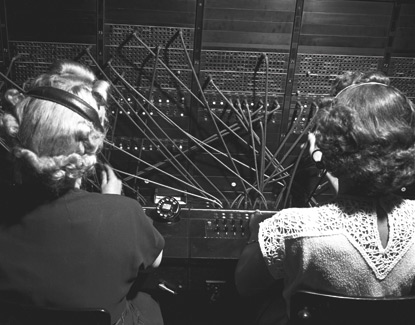 To anyone who paid some attention to the 2012 presidential election in the United States, Nate Silver's name should ring an immediate bell. He is the author of the FiveThirtyEight blog on The New York Times' website, which predicted the outcome of both the 2008 and 2012 elections with uncanny accuracy, using statistical analysis.

His forecast, based on various polls weighted by their historic performance and other ratings, seemed in a different realm to the highly emotional punditries offered elsewhere. Where others said it was too close to call, Silver gave the incumbent president an overwhelming likelihood of winning. As we all know, the statistics-based blogger triumphed yet again and now he turns his attention to a book detailing both the art and science of forecasting.

Silver's book is divided into two sections. The first looks into various areas of forecasting, such as weather, earthquake and the financial models that were used to rate mortgage-backed securities, and how they have performed against actual experience - no points on guessing the performance of the latter. He also attempts to identify the type of attitude required for good forecasting. The second section is a discussion of Bayesian versus frequentist methodologies and their application- ranging from climate change to terrorism.

The overarching theme of the book is what actuaries battle with every day; having to make forecasts based on limited amount of data, communicating the inherent uncertainty in such forecasts and dealing with one's own personal bias, which inevitably creeps into the results. Silver suggests employing Bayesian analysis to make better use of scant data and to support more rational decisions after an event.

In discussing the problem of communicating uncertainty with the forecast, Silver provides an example where the US National Weather Service estimated a rise in water level for the Red River, a major tributary of the Mississippi and Atchafalaya rivers in the southern states, to 49 feet owing to runoff from melted snow. Worryingly, the levee or flood defence in Grand Forks, North Dakota, was only built to handle 51 feet of water - and the margin of error on the National Weather Service's forecast was plus/minus 9 feet. Despite the obvious danger, it was decided not to communicate the uncertainty around the figure of 49 feet for fear of the public losing confidence in the forecast. The result was that the town of Grand Forks, which potentially had two months to prepare, did nothing because it was believed that the water level would remain below the levee's height. In the event, the water level crested at 54 feet and the town suffered significant economic damage. The difficulty of dealing with the uncertainty in forecasting must strike a chord with most actuaries.

The book offers alternative points of view on the inherently complex world that we try to model, and if baseball statistics or chess computing don't interest you, there are also plenty of other relevant, well researched topics, such as meteorology. You won't find ground- breaking theories or a model that can be easily applied to reserving or pricing, but Silver does offer food for thought on what forecasting aims to do and the tightrope that one needs to walk in order to come up with a prediction. He also points out that we cannot hide behind numbers alone - a combination of expert judgment and statistical analysis works much better.

Some may have a few quibbles about Silver's approach and whether it is really Bayesian or mostly frequentist. Also, Silver's analyses of the financial crisis perhaps oversimplify a very complex event. Similarly, assertions such as Israel has managed to change the shape of the terrorism curve by focusing on tail events may be questionable. However, all in all, it is a very enjoyable book with enough fresh insight to make us take a step back and think about the statistical models that we employ every day.

Heejae Cho works in the special risks division at XL Group's Bermuda Reinsurance operations. The views of the author expressed in this article are her own and do not represent those of XL Group