Art of a rebel 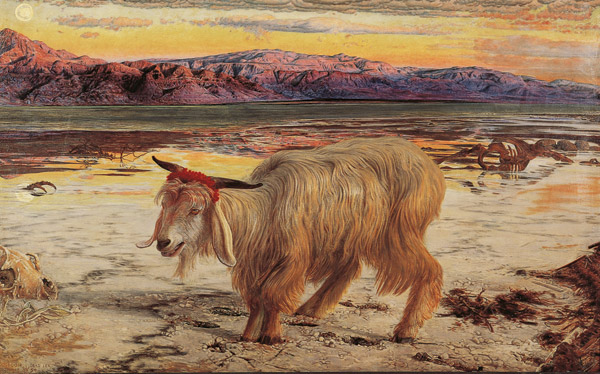 Set against a backdrop of the industrial revolution, the Pre-Raphaelites emerged as a force of rebellion and escapism from Victorian Britain during a period of social protest and upheaval, affecting both the intellectual and artistic conventions of the time.

Much of their inspiration drew from literature, mythology and religion, intertwined with controversial themes such as blasphemy and the fallen woman. The notion of redemption lingers in many of the paintings, particularly those of Holman Hunt, a deeply religious man who used his paintings as a voice for moral and spiritual guidance. The Shadow of Death, depicting a weary Christ as a humble carpenter, is a tale of foreboding. Equally, The Scapegoat, 1854-55, saw Holman Hunt travel to the Holy Land on a biblical quest. Driven from the Temple on the Day of Atonement, the scapegoat, bearing the sins of the community, is seen as a direct parallel to the life of Christ. One of his best-known works, The Light of the World, 1851-53, is an allegorical depiction of Christ knocking on an abandoned, overgrown doorway; there is no handle on the outside, suggesting it can only be opened from the inside.

A lesser known Pre-Raphaelite artist was Henry Wallis (1830-1916), best remembered for The Death of Chatterton, 1856 (see previous page). The painting depicts struggling, impoverished poet and forger Thomas Chatterton, who poisoned himself at the tender age of seventeen. His untimely death captured the imagination of artists and poets alike, including both John Keats and William Wordsworth, securing his position as one of the most popular romantic icons of the Victorian era.

The Pre-Raphaelites courted controversy at a time when English painting was languishing amid academic conventions. They sought to revitalise it with their enthusiasm and affection for medieval and historic themes, spiritual awakening and the realism of sin and salvation. By doing so, they incurred the wrath of notable literary figures such as Charles Dickens, who reacted strongly and bluntly to their work, with John Ruskin, a leading art critic of the time, championing their cause. And so the debate continues...

There are a few glaring omissions - such as Proserpine, 1873-77, one of the many mythological themes running through Rossetti's works, to Millais's Isabella, or the Pot of Basil, 1848-1849, based on a John Keats poem of the same name. However, the exhibition is well worth a visit, not least because the movement itself has already proved its longevity, despite a loss of interest through much of the 20th century by many who saw it merely as decorative art. It re-emerged in the 1960s to a new appreciative audience.

The exhibition presents some of the most iconic works in British art. Fashionable or unfashionable, love them or loathe them, the Pre-Raphaelites' legacy does, and will continue to, endure.