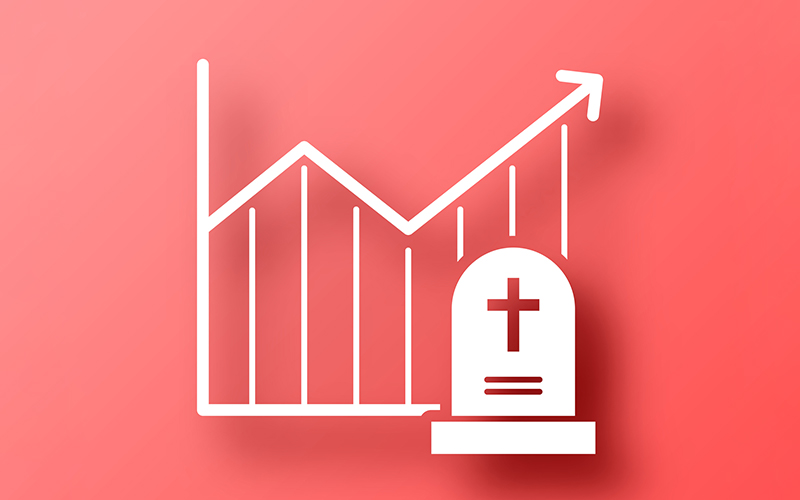 The number of deaths in England and Wales last year was the highest it has been since 1993 (excluding the pandemic).

Figures unveiled by the Office for National Statistics show that 576,896 deaths were registered, which is lower than in 2020 or 2021, pandemic years. However, the Continuous Mortality Investigation (CMI) mortality monitor estimates that mortality during 2022 was 4.8% higher than in 2019, the year before the pandemic.

WTW senior mortality consultant Stephen Caine said that the mortality rate, which is equivalent to around 31,000 extra deaths, could be driven by the NHS crisis, a new wave of Covid infections and the summer heatwave. This will impact pension schemes “if what happened in 2022 changes expectations of what mortality rates will be in future years,” he said.

“The model that schemes use to project future mortality rates is due to be updated in June, with the CMI actively considering how much emphasis to put on 2022 when projecting mortality improvements over the medium term,” he added. “If the CMI took a business-as-usual approach, the life expectancies generated by the model could be about 10 months lower than under the current version for a typical 65-year-old, reducing pension scheme liabilities by up to 4%.

“In practice, the CMI is likely to assume that the causes of high mortality in 2022 are to some extent short term. This might reduce the liability impact to around 2% where trustees stick with the model’s core settings – enough to make significant progress against funding and de-risking plans, and in some cases this could mean that deficit recovery contributions are no longer needed.”