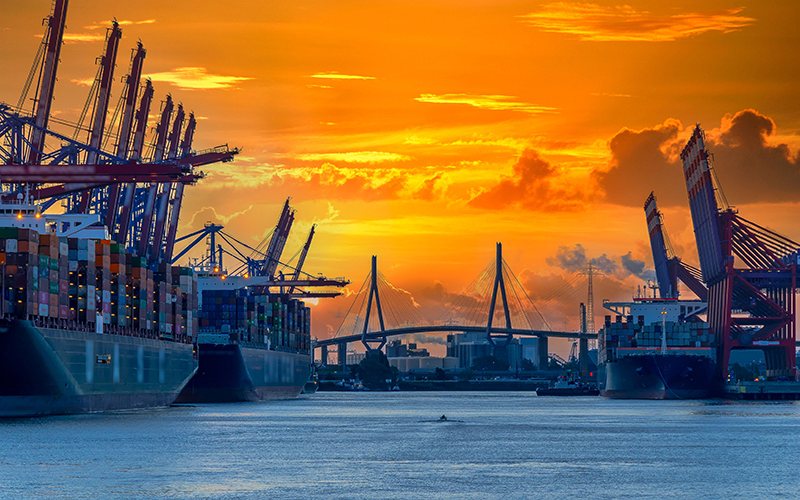 Fire, damaged cargo, and collision and sinking are the top causes of global marine insurance losses by value, according to recent analysis.

Allianz Global Corporate & Specialty (AGCS) looked at more than 240,000 claims worth €9.2bn in total. It found that fire and explosion incidents cause the most expensive insurance claims in the marine industry, while cargo damage is the most frequent cause of loss at a time of rising exposures and inflation. Inflation is another key concern for marine insurers and their policyholders, as recent increases in the values of ships and cargos mean that losses and repairs are becoming more expensive.

Fires account for 18% of the value of marine claims analysed, equivalent to around €1.65bn, compared with 13% for the five-year period ending in July 2018. A contributing factor to this increased fire risk on-board vessels is often “mis-declared or non-declaration” of dangerous cargos, AGCS says, while a recent rise in engine room fires may reveal some underlying risk around crew competencies. It adds that these concerns are compounded by the potential dangers involved in transporting lithium-ion batteries on vessels.

Extreme weather was a contributing factor in at least 25% of the 54 total vessel losses reported in 2021, while drought in Europe during 2022 caused major disruption to shipping on the Rhine. In the US, inland waterways around the Mississippi River fell to levels not seen for decades, impacting the global transportation of crops.

“The number of fires on-board large vessels has increased significantly in recent years, with a string of incidents involving cargo, which can easily lead to the total loss of a vessel or environmental damage,” says global head of marine claims Régis Broudin.

“At the same time, the shipping sector is also having to deal with many other challenges including a growing number of disruptive scenarios, supply chain issues, inflation, time-pressured crew members and employees, increasing losses and damages from extreme weather events, implementing new low-carbon technology and fuels, as well as Russia’s invasion of Ukraine.”

The combined value of the global merchant fleet increased by 26% to US$1.2trn in 2021, and the average value of container shipments has also risen, with more high-value goods such as electronics and pharmaceuticals being carried. AGCS says “it is not unusual” to see one container valued at US$50m or more for high-value pharmaceuticals.