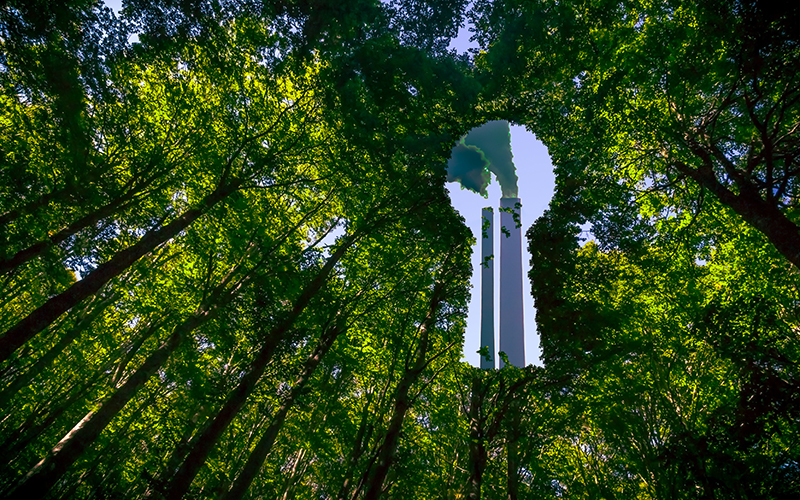 Companies using carbon trading to offset their emissions will come under closer scrutiny in proving their integrity and preventing greenwashing under proposals by the body representing global securities regulators.

The International Organisation of Securities Commissions (IOSCO), whose members regulate more than 95% of the world’s securities markets in over 130 jurisdictions, is aiming to improve ‘compliance’ carbon markets, which are regulated for trading permits on exchanges such as the Intercontinental Exchange and the European Energy Exchange. The body is also asking whether its members should be more involved in unregulated ‘voluntary’ carbon markets, where companies buy credits from emission-reducing projects such as renewable energy or planting trees to offset their own emissions.

The IOSCO argues that both markets have fallen short of their objectives. It has published a consultation paper, Compliance Carbon Markets: Consultation Report, setting out its recommendations on how to establish “sound and well-functioning” compliance carbon markets. It has also published a discussion paper, Voluntary Carbon Markets: Discussion Paper, seeking industry views on the role of regulators in voluntary carbon markets. It says regulators should increase transparency in compliance markets on the number of allowances that will be given for free and for auction, with a greater reliance on the latter given that it generates liquidity and revenue.

The body has also identified potential vulnerabilities in voluntary carbon markets such as the lack of standardisation for measuring emissions, and concerns over quality and double counting of carbon credits – all of which could leave the sector open to fraud and manipulation. It adds that regulators may now need “to work more closely” with these markets, which were worth US$1bn in 2021.

“Carbon markets have a big role to play in moving us to net zero, but they must be made efficient, liquid and free from conflicts of interests and undue political interference,” said IOSCO chair Paul Servais. “We are committed to bringing liquidity, transparency and integrity to these markets, as we have done successfully with all other financial markets.”

Nearly 80% of emissions were not covered by compliance markets, hamstringing their effectiveness on net zero, according to research by the Global Financial Markets Association and Boston Consulting Group last year, Unlocking the Potential of Carbon Markets to Achieve Global Net Zero.