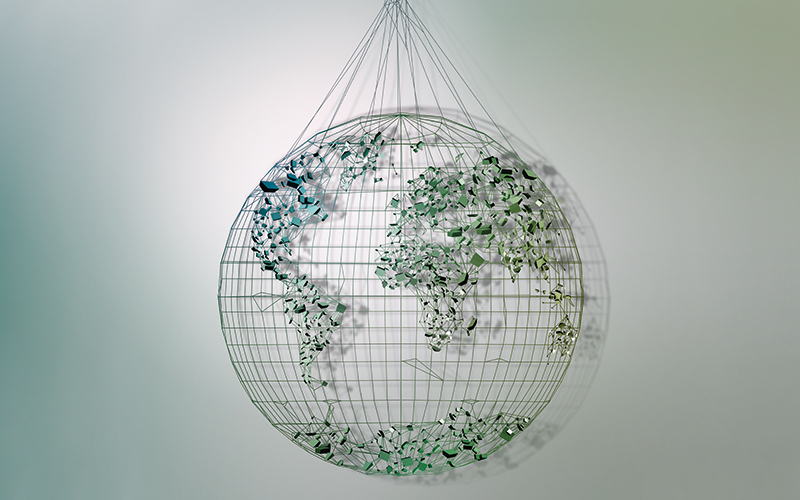 In recent months, firms have heightened their awareness of geopolitical risk. Such risks can have financial and economic consequences in the short, medium and long terms. A firm’s geopolitical risk exposure does not just involve its own direct exposure, but also extends upstream to supply chains and counterparties and downstream to clients.

Geopolitical risks increase the likelihood of business and supply chain interruption, and of armed conflicts destabilising trade and investment flows. In a globalised, densely interconnected world that faces new challenges and opportunities, geopolitical risk should be a factor in the strategic decision-making of all firms with a significant overseas presence.

Geopolitics is the role that geography plays in a state’s political character, dictating its strategic value, how it takes part in global affairs, and its relationship with the rest of the world.

I would define geopolitical risk as the expected and unexpected losses that arise from firms’ upstream, direct and downstream exposures to short and medium-term geopolitical risk factors. These can include political factors such as revolutions, coups, contested elections, ethnic conflicts, and the activation of separatist and irredentist movements. They can also include long-term geopolitical trends and strategic risk factors that act as threat multipliers to existing financial, economic and social risks, such as competition for natural resources, climate change, emerging technologies and mass migration.

Geopolitical risks can cause common consequences as they cascade through society. These events are systemic in nature, potentially impacting individual firms’ safety and soundness while also having broader implications for the stability of the global financial system.

What differentiates geopolitical risk from political risk? Political risks arise from within states’ political boundaries and are driven by internal political factors and situations. They include, for example, government expropriations and breaches of contract, discriminatory taxation, regulatory changes and civil war. Foreign investors protect themselves from political risk and enhance their reward profiles by diversifying their investments, evaluating the risk of political turmoil in the countries where they invest, and buying political risk insurance.

Geopolitical risk drivers
As the war in Ukraine has shown, it is becoming more important to understand major drivers of geopolitical risk in a transitioning world order. These include state collapse, regionalism, non-state actors, malicious use of emerging technologies such as artificial intelligence, lethal autonomous weapons, directed energy weapons, biotechnology and quantum technology, and the competition for the rare earth minerals needed for the renewable energy transmission, such as cobalt, copper and lithium.

These risks will drive future dynamics and relations between states, and in a geopolitically contested world, this competition could lead to more frequent geopolitical conflicts.

Global financial markets
Heightened geopolitical risks have historically led to lower stock prices in the short term. At the start of the Russia–Ukraine war, the Russian rouble–US dollar exchange rate dropped by more than 20%, volatility in the global equity indices increased sharply, and global bond indices reflected a higher default risk. This resulted in high yield spreads widening across the world: spreads in emerging markets widened by about 174 basis points following the start of the war, and by about 63 basis points in Europe and the US to reflect a higher geopolitical risk premium.

In the credit default swap (CDS) market, CDS spreads priced in a 55%–60% chance of a Russian sovereign default as five-year CDS spreads soared to a record high. While these represent higher risks of default, they also represent higher compensation for those who are willing to take the risks.

A geopolitical risk framework
The first step in effective geopolitical risk assessment is horizon scanning over the immediate, short, medium and long term. Such analysis should account for the potential trajectories of geopolitical risk event trends. This can be achieved by engaging with external experts to hear diverse perspectives on specific strategies to identify, evaluate and monitor these risks and the different approaches to cope with them, as there is typically no historical data for risk managers and underwriters to rely on.

Some geopolitical trend questions to consider include:

Using Ukraine as an example, scenarios could be:

Preparing for the worst

The world faces many concurrent strategic risks, such as COVID-19, systemic cyber attacks, the increase in scope, scale and geographic extent of climate risks, and a contested geopolitical landscape. These have all exposed the fragility and inadequacies of our current risk management models and enterprise risk systems.

The goal of a geopolitical risk framework is to help decision makers see what may lie beyond the horizon by applying out-of-the-box thinking, and to help them avoid failure of imagination in identifying these types of risks. It can also offer management an array of possible futures with a range of plausible consequences, including those that may seem unlikely.

Effective international co-operation through international and regional organisations can also help countries to overcome differences by opening new strategic prospects, enhancing the rewards for countries and firms alike. While we prepare for the worst, let us not forget to also strive for the best.

Lawrence Habahbeh is a traded and enterprise risk specialist, a member of the Risk Management Board and chair of the Black Swans Insurance Working Party