Interview: Professor Paul Dalziel on changing the focus of economies from growth to wellbeing 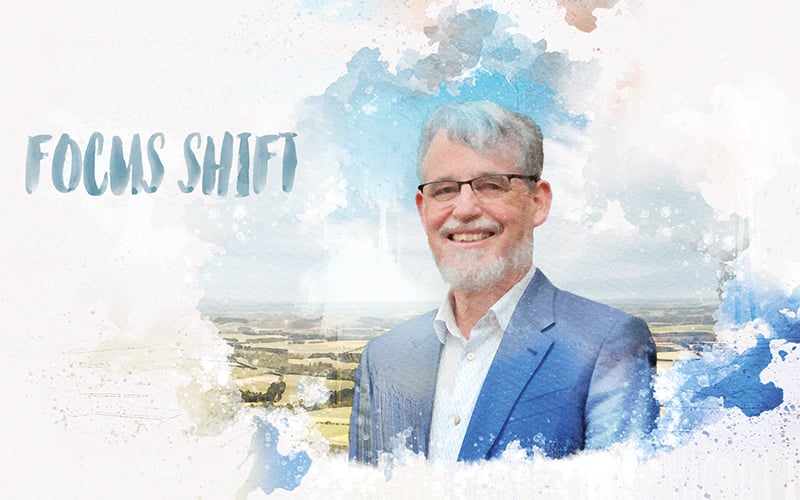 In 1933, Professor Paul Dalziel’s grandfather lost his job at the height of the Great Depression. He and Dalziel’s grandmother had just married and found out that they were expecting their first child; they were to remain without income for six years.

The impact of such a struggle passes through the generations. For Dalziel, fresh out of school in the late 1970s, it sparked a question that he was to spend the next 50 years trying to answer: “How is it that systems break down so that people are unable to create good lives for themselves?”

As part of his quest, he has become a world expert on wellbeing economics, and was the lead author of Wellbeing Economics: The Capabilities Approach to Prosperity – Palgrave Macmillan’s fifth most downloaded book on economics in 2018.

What is wellbeing economics?

Dalziel’s underlying belief is that “the primary purpose of economics is to contribute to enhanced wellbeing of persons”. ‘Wellbeing’ is a broad term that covers a variety of topics, from reducing child poverty or domestic abuse to improving people’s mental health or self-reported happiness. It is purposefully broad because economics can help to make so many areas of our lives better.

The main objective in the current economic discourse is to grow the economy – specifically GDP. However, GDP doesn’t capture changes in child poverty rates or the value of the natural world. It doesn’t consider the vast amount of volunteering that takes place around the country or the unpaid work done in the home – predominantly by women.

Dalziel argues that “the ultimate test of whether economic policy is doing a good job is not how fast the economy has grown, but what kinds of lives are people living. What can they create with the resources the economy is producing?”. Wellbeing economics attaches much more importance to these questions than to the growth of GDP.

Dalziel isn’t alone in holding these views. In 2019, New Zealand’s Labour government introduced the world’s first ‘wellbeing budget’ in response to concerns that little progress had been made on child poverty or the climate emergency, despite economic growth.

While he doesn’t want to oversell the change, Dalziel describes a shift in emphasis that took place throughout New Zealand’s government, prompted by the new framework within the wellbeing budget. Under the new system, any budget policy proposal must improve at least three out of 12 domains. These domains include things such as social connections, subjective wellbeing, housing, health and the environment, cutting out the ‘middleman’ of growth so that “the civil servants and the cabinet making the decisions were focusing on what is the impact of this decision on wellbeing”.

An example of this new way of thinking was a ban on issuing new permits for offshore oil and gas exploration. While increased oil and gas production might improve economic growth, it does not align with the impact of climate change on future wellbeing.

As we discuss how New Zealand’s economy has developed in the three years since the wellbeing budget was introduced, Dalziel explains that one of the leading criticisms is that it hasn’t gone far enough. Given that one of the domains is ‘work’ and another is ‘consumption’, it is easy to construct a policy that “is not that different from what we used to do – a GDP-plus”.

A shift in emphasis can take time to make a difference. Even so, Dalziel suggests that we need to look at redesigning key economic systems. His term is ‘Wellbeing 2.0’: a framework that builds on the lessons of the past three years. Much will depend on the outcome of the 2023 New Zealand election.

New Zealand is not the only economy trying to move the focus from GDP to wellbeing – Dalziel describes how countries with strong leaders are joining the Wellbeing Economy Government partnership: “Iceland, Scotland, Wales, Finland, New Zealand have visionary leaders who are committed to the practice of designing economic policies that respect planetary boundaries and expand capabilities for people to create good lives.”

The role of business

It isn’t just governments that are leading the shift in focus from growth to wellbeing. “The fundamental concept of business bringing together resources to expand capabilities for wellbeing is really important,” says Dalziel. Decentralised markets give the choice of how to exchange goods and services to the person who is best placed to know what is best for their own wellbeing.

Governments and business therefore need to work together, he says, and “the trick is for the government not to set itself up in opposition to business”. Creating partnerships and incentives for things such as “green technology” will help to ensure that companies operate along the same lines as the wellbeing budget.

In terms of the finance industry, Dalziel observes that “financial companies are very sensitive to risks, and it is becoming apparent that climate change is creating systemic risks that portfolio diversification isn’t strong enough to cope with.” Looking at the impact of Pakistan’s recent floods, he provides an example. “If we had similar storms, [New Zealand’s] Canterbury Plains could easily go underwater. What does that mean for any of the major trading banks that have diversified their portfolio across the Canterbury Plains? Suddenly, all of that [investment] could be at risk if we had an extreme weather event on that scale.”

It isn’t just about climate change. The impact of wellbeing economics on the finance industry extends to issues that it wouldn’t typically consider to be in its purview. Dalziel explains that as a country shifts focus from growth to wellbeing, it becomes more aware of poor business practices.

“The ultimate test of economic policy is not how fast the economy has grown, but what kinds of lives are people living”

Lenders and insurers must start to consider their borrowers’ and customers’ ‘social licence to operate’, he says. For example, New Zealand’s dairy industry is leeching nitrates into rivers and lakes, and while these businesses contribute to economic growth, there is currently a backlash against them, prompting regulation in line with the wellbeing economics framework. Regional councils will now need to have regard to the quality of the water for its own sake – expressed in Māori as Te Mana o te Wai, or the integrity of the waterway.

Investments that disregard their social responsibilities will increasingly become higher risks for insurers and investors alike. One area of creativity and entrepreneurship that will be required in the insurance industry is learning how to underwrite for these risks.

Dalziel doesn’t think the job is done, though. “The big gap, globally, is how do we marry the wellbeing narrative with the distinctive contribution that business has to make to expanding capabilities for leading good lives?”

There is also a deep and complex connection between economic growth and wellbeing in our own lives. Dalziel brings up a recent study that showed an increase in the percentage of each day that Americans spend alone: “We have become isolated from nature and isolated from each other, and we’ve made those sacrifices in the name of economic growth.” Part of the movement towards wellbeing economics is to rediscover our relationships with each other and the natural environment.

It was workers in New Zealand who set up the first social security system in the world in the 1930s. Despite increasing hardships, they were willing to accept a levy on their wages to fund a welfare state that would pay for universal education and free healthcare. In contrast, as we look around the world today, the dominant question seems to be “how can I maintain my standard of living, or how can I reinforce my privilege?”.

Dalziel’s view is that despite the extra wealth resulting from economic growth, “we haven’t become better people… yet we can. Humans have this amazing capability for solidarity and generosity, but when it comes to designing national economies, we seem to lose all that and it becomes more ‘what’s in it for me?’”

He argues that “governments must empower people, including future generations, so that people can create lives they value and have reason to value within the limits of planetary boundaries.” He expects that we are coming to the top of an S-curve of economic growth and should expect the never-ending increase in GDP to slow, or even flatline. It is a poor measure of most of the things that matter in a country; perhaps we should take our steer from New Zealand and the wellbeing economics movement to find a better way.

This article appeared in our November 2022 issue of The Actuary.
Click here to view this issue
Also filed in
Interviews
Topics
Environment
Health care
Global