Built to last: Analysing the mortality experiences of a large portfolio of lives 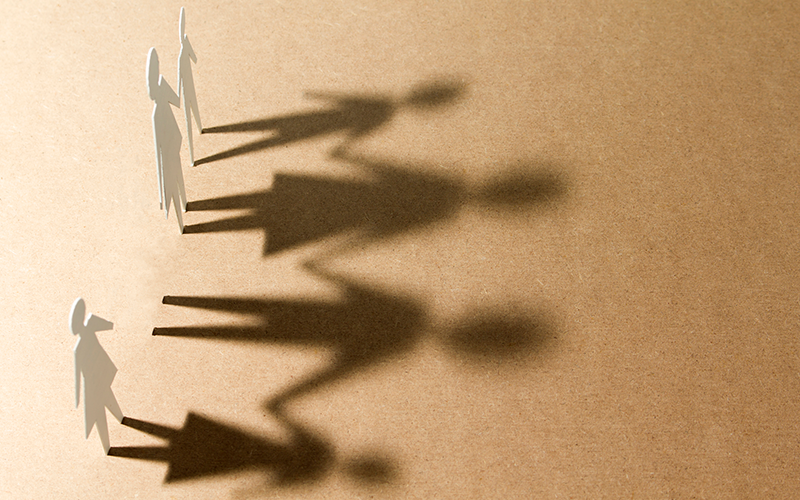 The Universities Superannuation Scheme (USS) is the UK’s largest funded pension scheme and has a highly educated and homogeneous membership. We analysed members’ mortality experience and compared it with English mortality subdivided into deprivation centiles using the Index of Multiple Deprivation (IMD) and with other developed countries. Here, we review our key findings and lessons, and consider wider implications. 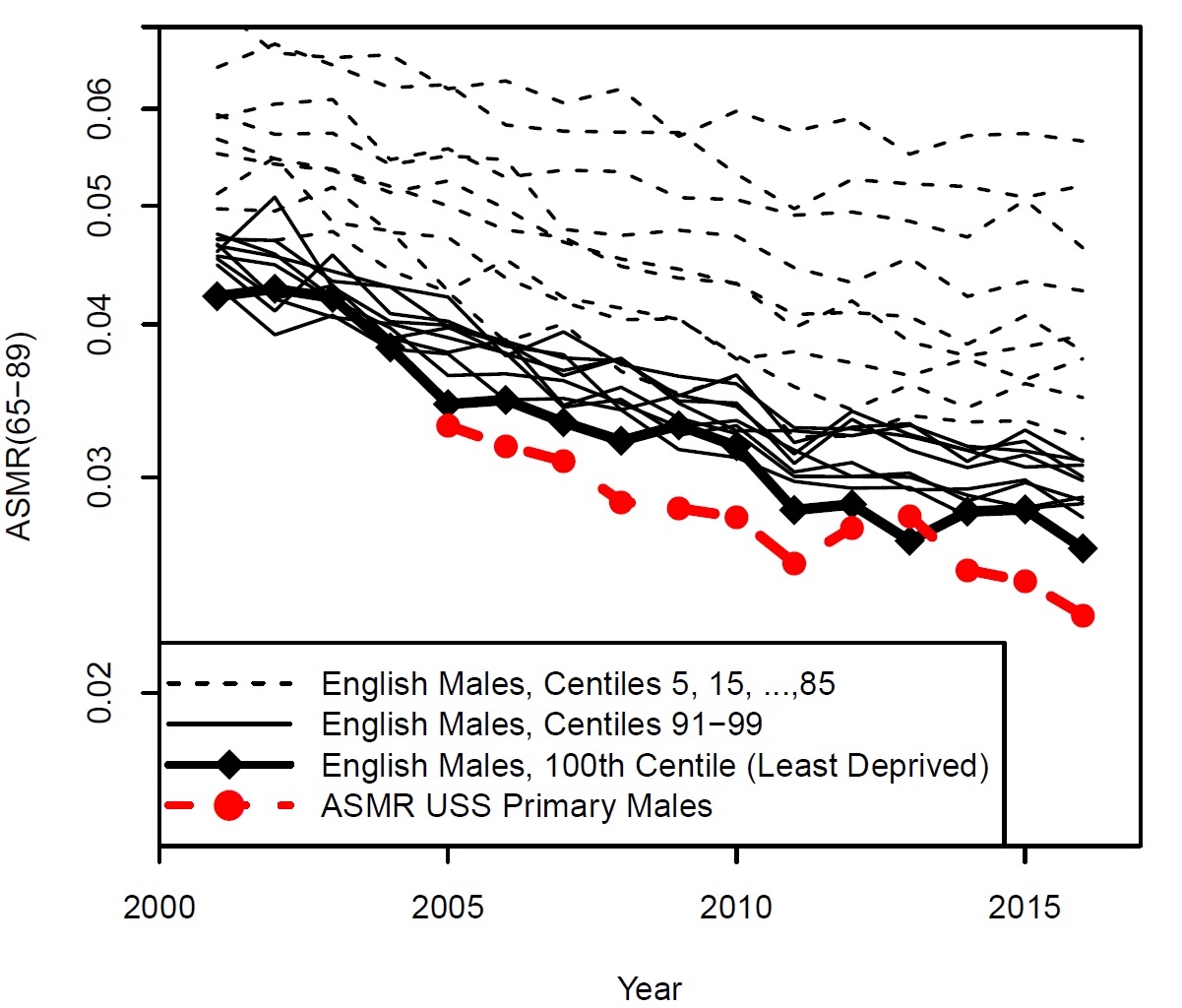 The USS males and females’ mortality rate improvements were found not to be significantly different from corresponding IMD-10 (the least deprived IMD decile) improvement rates. This is useful for forecasting, since IMD-10 has a greater volume of data (implying less small-population noise) and a longer run of data. 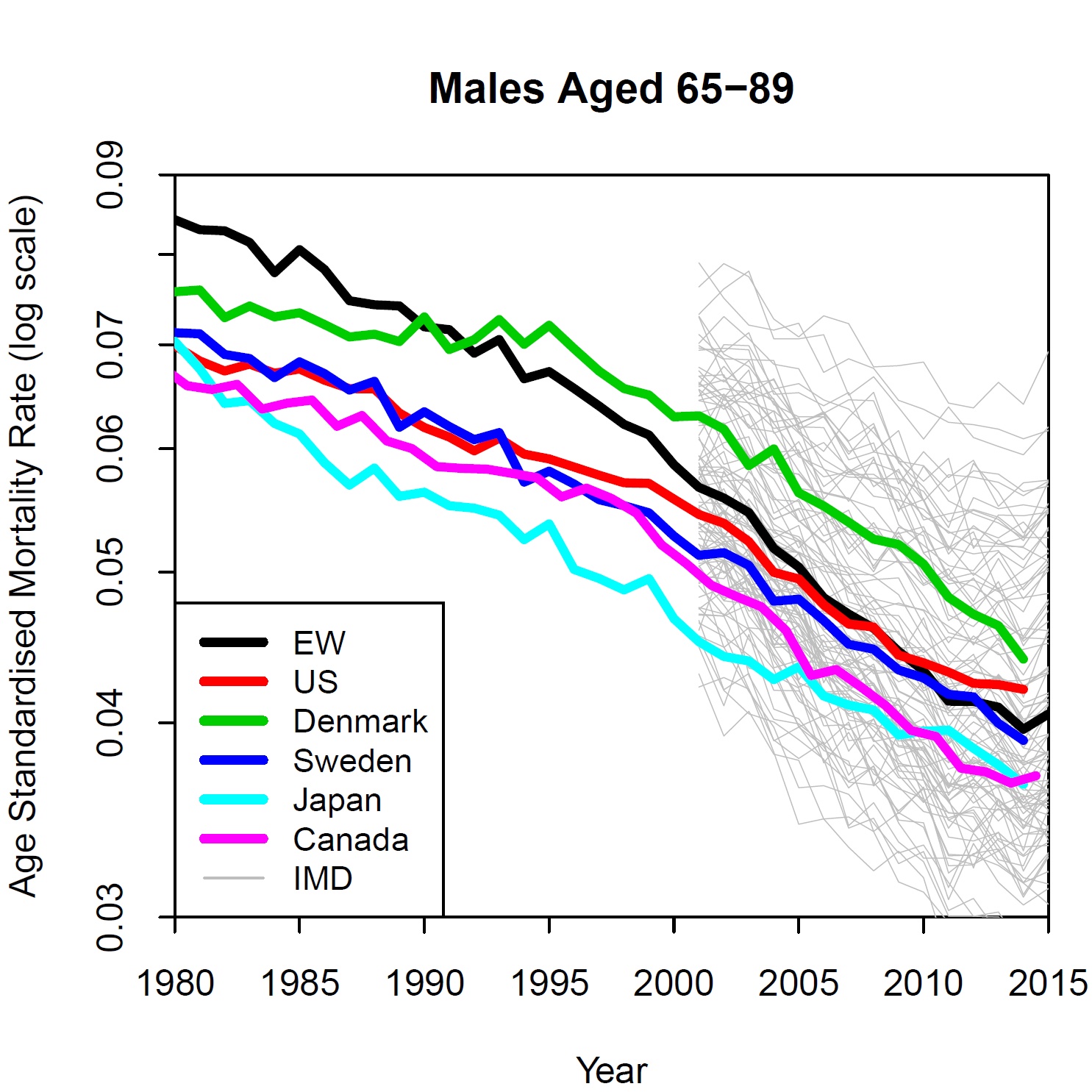 We found that neither an individual’s IMD decile nor the region in which they live has any explanatory power. The only statistically significant co-variate was pension amount, but this was a much weaker predictor of low mortality than is normally the case for pension schemes. The implication is that the homogeneity of the USS occupational group (university academics and senior administrators) overrides other potential co-variates as a predictor of mortality.

Lessons for the USS
Based on these findings, the USS drew the following lessons:

In the process of examining USS mortality, we developed a general framework for analysing the mortality experience of a large portfolio of lives, such as those in any large pension scheme or annuity book. The objective is to provide a firm evidence base on which to support the setting of future mortality assumptions for the portfolio as a whole or subgroup-by-subgroup.

The framework uses a stochastic mortality model ‒ in this case the CBDX model ‒ to smooth the mortality data. This could also be used for forecasting future mortality rates.

It also uses a wide variety of graphical diagnostics. These should be seen as an essential part of the process for several reasons:

The framework is designed to work with a variety of larger benchmark datasets that can be helpful, again using graphical diagnostics, for determining the base mortality table and forecasting future mortality trends in the short and long term. A key requirement is to find a stable relationship between the mortality rates of the portfolio of lives of interest, and those of one or more of these benchmark datasets. We were able to find a stable relationship between the mortality data on USS pensioners and that of English mortality for one of the IMD deciles. The principal benefit of this is that data for IMD deciles, particularly IMD-10, are more comprehensive than the USS in having more years of observations and a significantly larger number of lives, resulting in substantially lower small-population noise. This can be exploited to improve predictions about future USS mortality rates.

Of particular importance is the ability to map a member of the dataset to a particular socioeconomic group or region whose mortality can also be modelled independently. We were able to do this with the USS dataset by mapping a member’s postcode to a Lower Layer Super Output Area (a geographic hierarchy designed to improve the reporting of small area statistics in England and Wales) and thence to an IMD decile. This index is specific to England, but there are other available geodemographic classification techniques based on the notion of ‘linking people to places’, such as:

Finally, it is important to recognise that different datasets will have their own idiosyncratic features, which need to be teased out using the graphical tools of the general framework and then exploited to help set the base mortality table and improve mortality forecasts. For example, our discovery of USS members’ strong homogeneity and high longevity can be exploited to improve the robustness of future mortality rate projections. Other datasets are likely to have a more heterogeneous membership, but if the socioeconomic composition can be reliably determined, it may still be possible to get a good fix on the most appropriate base mortality table and to generate reliable forecasts of short and long-term future mortality trends.

The USS was found to have significantly lower mortality rates than even IMD-10 (the least deprived of the English deciles), but with similar mortality improvement rates to that decile from 2005–16. We found that other potential co-variates derived from an individual’s postcode (geographical region and the IMD associated with their local area) typically had no explanatory power, or much weaker explanatory power than is normally the case. This lack of dependence is an important conclusion of the USS-specific analysis, and contrasts with others that consider the mortality of more heterogeneous scheme memberships. Although the key findings are likely to be particular to the USS, we believe our analytical framework will be useful for other large pension schemes and life annuity providers.

Li N and Lee R. Coherent mortality forecasts for a group of populations: an extension of the Lee-Carter method. Demography 2005; 42, 575-94.

This article appeared in our November 2022 issue of The Actuary.
Click here to view this issue
Also filed in
General Features