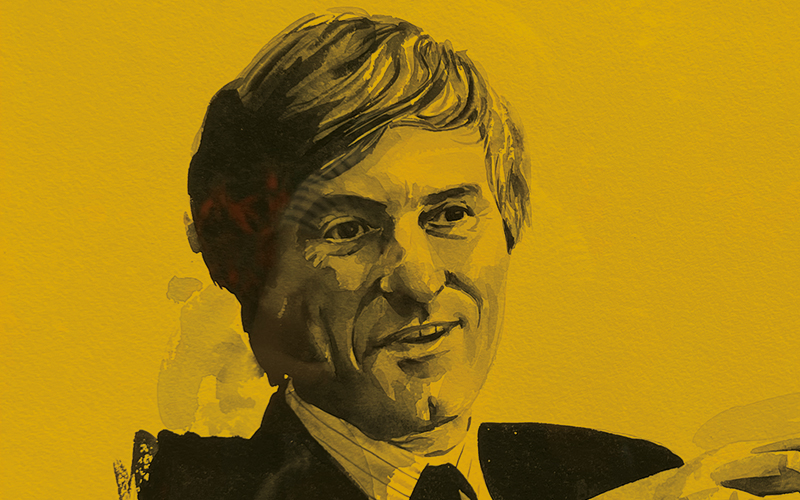 It is with regret that we announce the death of Peter Nowell at the age of 73.

Peter was born in Brussels in 1948, the youngest of three brothers, to an English father and a Belgian mother. The family moved to England when he was three, and he was educated at Reading Grammar School. He obtained a mathematics scholarship to read economics at the London School of Economics, followed by a masters in statistics at the same institution, and qualified as a Fellow of the Institute of Actuaries in 1973.

He joined the Prudential’s Investment Department in 1971, quickly completing the actuarial examinations and rising from life assurance analyst to equity fund manager. Here, he managed the investments in Prudential’s pension scheme and its portfolio of segregated pension funds; he was particularly concerned with the use of futures in pension fund management. In 1982, he also became fixed interest director of Prudential Portfolio Managers Ltd, where he convinced the Prudential to support the Dartford River Crossing and became closely involved in its completion.

In 1988, Peter moved to a more managerial role, running the Prudential Corporate Pension business. Two years later he became appointed actuary and chief actuary of Prudential Corporation. In 1992 he was elected to the Council of the Institute of Actuaries, being appointed honorary secretary in 1994 and vice president in 2001.

He retired from the Prudential in 1999 but continued to work as actuary and chairman for the Royal National Pension Fund for Nurses (now a sub-fund of LV=) until his death. He had also worked in a variety of positions for companies including British Islamic Insurance Holdings, Friends Provident, Alba Life, Equitable Life, Deloitte and Bacon & Woodrow.

Peter will be remembered as a staunch protector of members’ interests. As chair of the Life Board and the Finance and Investment Board Executive Committee, he helped develop the profession’s thinking on dynamic solvency testing and the use of financial futures and options in investment management of superannuation funds.

Council members appreciated Peter’s fresh approach to often longstanding issues. Peter was influential in developing the profession’s thinking on the impact of the European Economic and Monetary Union, and of a low inflationary environment on financial services and investment markets. As chair of the Continuous Mortality Investigation Bureau, he drew Council’s attention to generational differences in mortality improvement by presenting what was regarded for many years as the most informative graph ever shown at a Council meeting.

Peter supported the arts and was actively interested in local politics. He liked new challenges and enjoyed both having a go at rewiring his house and keeping down the undergrowth in the woodland at the bottom of his garden. He leaves behind his wife Wendy, daughters Lucy and Emma, and four grandchildren. 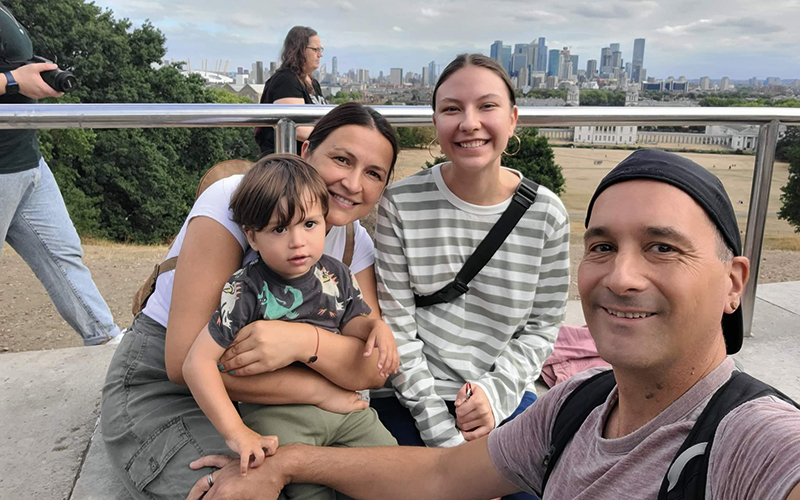 When the world was turned upside down by the war in Ukraine, SIAS wanted to help. Working with the IFoA Foundation and a Ukrainian actuary who once sat on the SIAS board, we reached out to students and actuaries in Ukraine, offering our time, networking and expertise to help them find safe places and futures here in the UK.

We have worked to understand how we can help students to start or continue their studies in the UK and benefit from financial help. This is how we came across Universities of Sanctuary, a programme that helps refugees from across the world to continue their education. We put together applications, challenged decisions, followed up on outcomes and looked at financial support options, and managed to secure a university place for Daryna Cernobrovkina (above middle, with her sponsors Raluca Stefan and husband Selim Tekaya). She is starting her third year as a mathematics student at Newcastle University, and is looking forward to shaping her future.

We are happy that we managed to help Daryna, and are committed to building on the knowledge, network and insight we have gained so we can try again next year to help students from Ukraine and other parts of the world who are faced with such unfair hurdles.To find out how you can help, go to [email protected] or email [email protected] 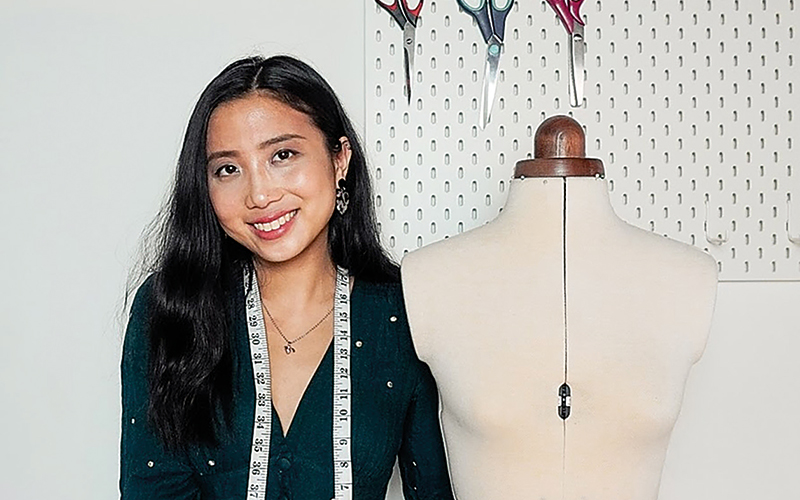 Man Yee, who reached the final of the eighth series of The Great British Sewing Bee, tells us about her actuarial career – and her experiences on the programme

What area do you work in?

I am currently working in Aon’s International Wealth team as an associate consultant. I started off with an internship in 2016 in the UK Retirement team and was given the opportunity to come back as a graduate actuary – I took it without any hesitation!

What made you want to become an actuary?

I didn’t know much about actuaries or what they do until my second year of university. My friends in their final year were saying I might struggle to find a graduate job without any formal work experience, so I started looking into internships for a maths undergraduate. I spent nine weeks interning at Aon and found it very interesting and fulfilling to be able to use my mathematics and people skills to help make an impact. I had no doubt that I wanted to come back for a graduate role.

What do you enjoy most about your job?

The people, the purpose, the satisfaction from problem solving… I could go on and on. I really enjoy being able to make a positive difference in my role – for example, advising companies on benefits reform to ensure their employees around the world are receiving adequate benefits for retirement.

How were you able to balance your job with appearing on The Great British Sewing Bee?

The filming took place in September and October last year, which clashed with the actuarial exams. I was lucky that my team was very understanding and provided me with the support and flexibility to take some time off work and study so that I could make the most of this once-in-a-lifetime opportunity.

What was it like appearing on the TV? How did your fellow actuaries react?

I’ll let you into a little behind-the-scenes secret from the Sewing Bee – some of the set-up in the studios is fake, and we were clearly told not to lean on any of the pillars and walls, in case they fell like dominoes!

I received lots of positive responses from colleagues in different offices after the first episode of the programme was aired. Throughout the series, I received an incredible amount of support from everyone at Aon, which I’m really grateful for. Apparently, even other actuarial consultancies noticed it, too!

Will you keep on sewing now that the Sewing Bee is over?

Of course! Sewing has always been a hobby of mine and will continue to be in the future. I’m not sure I’m ready to take it up full-time, but I would love to start a sewing club to share the joy of sewing with other actuaries.

What advice would you give to future actuaries?

There are so many different types of actuaries with various roles and responsibilities. I would highly recommend getting in touch with different people at networking events or via LinkedIn to find out more about their day-to-day role and see which one interests you the most.

The Staple Inn Actuarial Society partnered with Link – The LGBTQ+ Insurance Network to support the actuarial community’s LGBTQ+ members and create a forum in which they could network in a relaxed environment.

The event took place on 2 August, taking over the top floor of Little Ku Bar in Soho. Guests were greeted with a glass of fizz on arrival, followed by flowing drinks.

The event saw a wide range of attendees from across the insurance, pensions and investments fields, with many travelling from outside of London to be there. It was great to bring the community together and create new friendships.

Brian Hamilton Shaw, a Fellow who joined in 2012.

John Witherington Peers, a Fellow who joined in 1954, died aged 90.

George Michael John, an Affiliate who joined in 1970.

John David Harsant, a Fellow who joined in 1954. 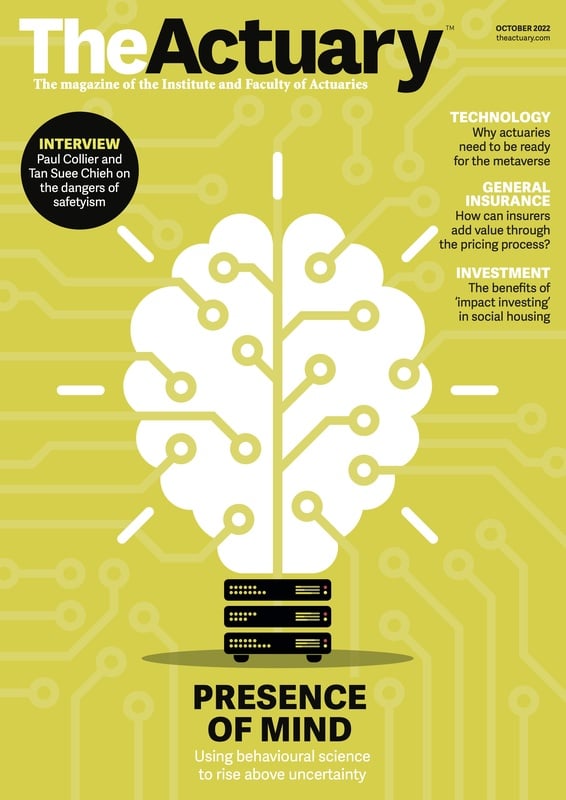 This article appeared in our October 2022 issue of The Actuary.
Click here to view this issue
Also filed in
People & Social News