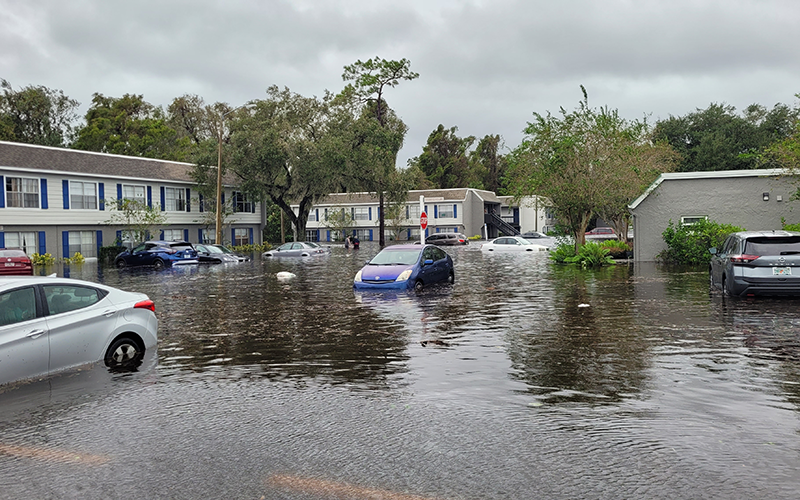 The bill facing insurers from Hurricane Ian’s rampage across Florida and South Carolina will range from US$28bn–US$63bn, leading to dire predictions for the future of the region’s industry.

The death toll had risen to 102 by the middle of this week after Ian made landfall at Cayo Costa, Florida as a Category 4 hurricane with maximum sustained winds of 150 miles per hour (mph). Areas including Port Charlotte and Englewood remained in Ian’s eyewall for several hours, resulting in 18–20 inches of rainfall. Key West recorded its third highest storm surge since 1913 at just over three feet (0.91 metres), with peak wind gusts above 60mph.

Ian made a second landfall last week near Georgetown, South Carolina as a mid-range Category 1 hurricane with maximum sustained winds of 85mph. Heavy rainfall and strong gusty winds of more than 50mph also hit parts of the Carolinas.

According to risk modelling specialists Verisk, the destruction ranged from significant loss of roof covers in homes to torn-up roof membranes in commercial structures, with extensive damage to building components and cladding. It estimates that insured losses to onshore property will range from US$42bn–US$57bn.

Wind damage of US$38bn–US$51bn comprises the majority of Verisk’s loss estimate. Storm surge – excluding losses from the National Flood Insurance Programme – accounts for US$3bn–US$5.5bn of the estimate, and inland flood loss for around US$1bn. Around 1% of the total industry loss will come from the impacts of Ian’s South Carolina landfall.

Property data and analytics company CoreLogic put the losses for Florida alone at US$28bn–US$47bn. “This is the costliest Florida storm since Hurricane Andrew made landfall in 1992 and a record number of homes and properties were lost," said associate vice president for hazard and risk management Tom Larsen. "Hurricane Ian will forever change the real estate industry and city infrastructure. Insurers will go into bankruptcy, homeowners will be forced into delinquency and insurance will become less accessible in regions like Florida.”

Catastrophe risk modelling specialists Karen Clark & Company estimated that the loss will be around US$63bn, the bulk of it in Florida. “Hurricane Ian will be a challenging storm for insurers due to the tremendous amount of coastal flooding and the unique nature of the Florida market with respect to a likely high proportion of litigated claims,” it added.

Ian’s destruction has compounded the crisis facing Florida’s embattled insurance industry. Florida is home to 79% of all homeowners’ insurance lawsuits over claims filed in the US, according to the Florida Governor’s Office. In June, the Insurance Information Institute said the state’s “overabundance of unneeded new roofs on homes and flashy lawyer billboards at every turn claiming massive settlements on claims means Florida’s insurance market is on the verge of failure”. It revealed that the annual cost of an average Florida homeowner’s insurance policy will be US$4,231 this year – three times more than the US average of US$1,544.

“Floridians pay the highest homeowners’ insurance premiums in the nation for reasons having little to do with their exposure to hurricanes,” said the institute’s chief executive Sean Kevelighan. “Floridians are seeing homeowners’ insurance become costlier and scarcer because for years the state has been the home of too much litigation and too many fraudulent roof replacement schemes.”