Catherine Howarth talks to Travis Elsum about shaping responsible investing, and the changes needed to accelerate the transition to a sustainable and ethical economy 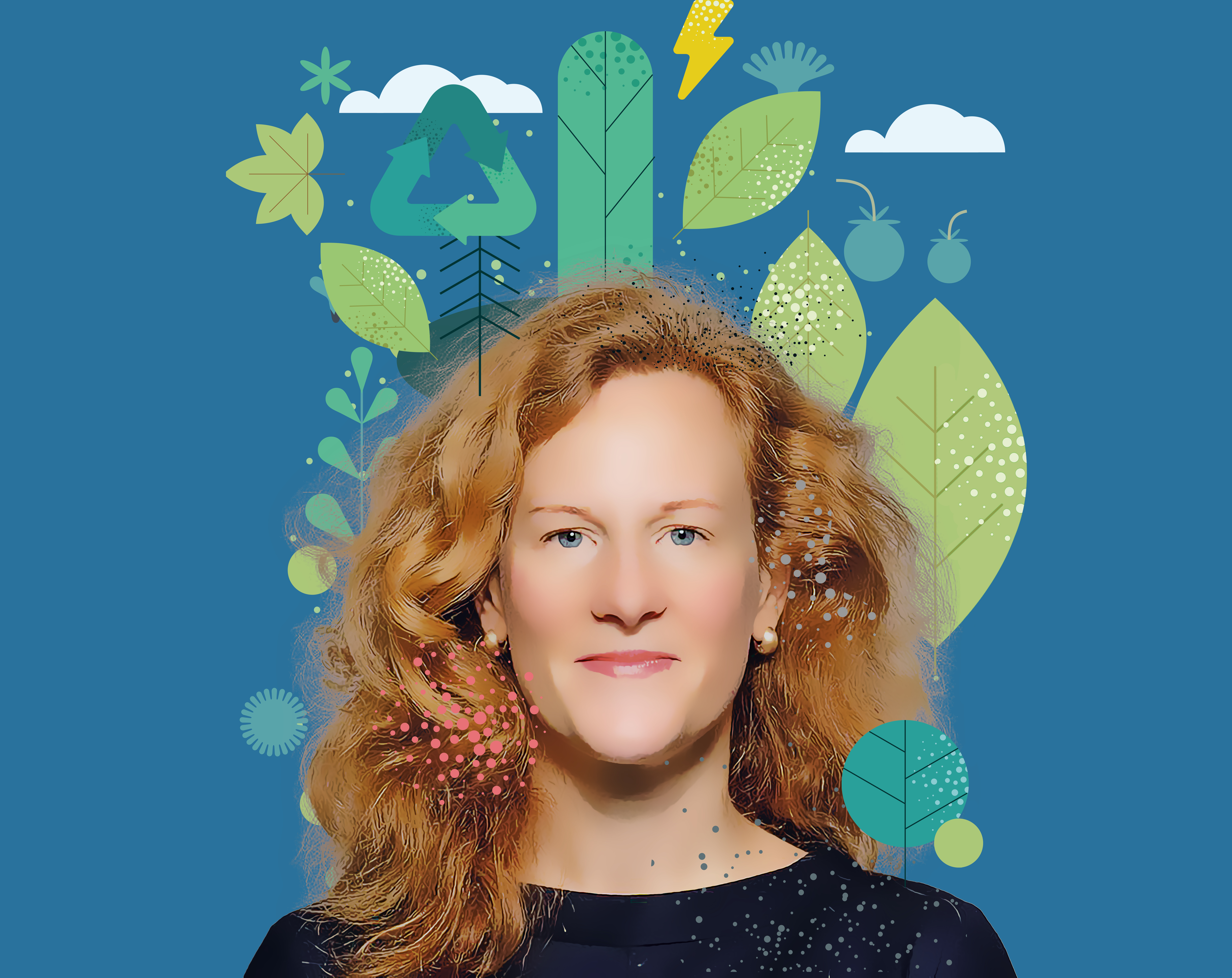 Throughout her career, Catherine Howarth has drawn on her history studies to make sense of the present and influence the future. It has given her the perspective that “change is not only possible, but always inevitable”. She is inspired by the inventive methods used in the past to bring change forward, and looks to these to help her develop creative tactics.

Howarth has always been interested in driving positive change, but first realised the influence and power of investors while working as a community activist in east London some 20 years ago.

At the time, Barclays and HSBC were building new global headquarters in Canary Wharf and there was an optimistic sense that change was possible. She acquired her first shares and joined a successful campaign to pressure the two banks to commit to Living Wage standards. Barclays subsequently became the first FTSE 100 employer to do so, with HSBC following suit.

Howarth continues to use the power of investors to influence social and environmental change as CEO of ShareAction, a charity that aims to “define leading practice for responsible investment and to take a range of measures to encourage adoption”, according to Howarth.

One of these measures is the regular publication of research reports and surveys that assess and compare how institutional investors measure up against best practice for responsible investing. “We’ve found that ranking investors publicly – particularly those that are in commercial competition with each other – is a productive, useful thing to do and focuses minds throughout organisations and among their stakeholders and clients,” she says.

A second measure is actively engaging with policymakers and supervisors such as the Financial Conduct Authority to influence change and progress sustainable finance policy. A third is to engage with wider public and civil society, giving people a platform to voice their views to institutional investors and policymakers. Howarth believes that engaging with both investment industry insiders and outsiders is the best way to make progress and “collectively come up with the next generation of thinking on how we ensure that financial services serve society and meet the challenges of today and tomorrow – particularly with respect to systemic risks like climate change, biodiversity loss and social inequality”.

The final measure is shareholder activism; alongside asset owners and managers, ShareAction has co-filed several high-profile shareholder resolutions on environmental, social and governance issues such as climate change, health inequalities and the Living Wage. 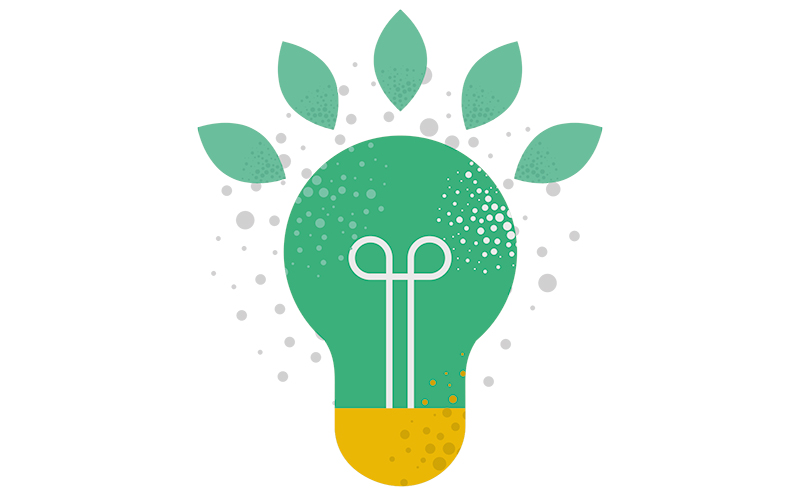 The role and responsibility of finance

To understand the finance sector’s role in the transition to a sustainable economy and social equality, Howarth suggests we consider history. “Over the last 50 years, we have seen a scaling up and institutionalisation of the pension fund industry globally,” she says. “During that same period, we’ve seen an extraordinary exploitation of nature for commercial ends.”

She appreciates that investors have been aiming to maximise returns to provide the best possible financial retirement outcomes, but points out the irony that “a secure, safe and happy retirement is being put in jeopardy by activities enabled by our investment in them”. While seeing immense potential for the finance sector to “allocate capital to things that would help get us out of these problems”, she believes this “requires finance to think about its role in in a different and more purposeful way, in relation to society’s needs”.

Howarth gives the example of redefining fiduciary investors’ legal obligations. “If acting in someone’s best interest incorporated a consideration of the impacts of investment decisions on their lives, and on the society in which they live and will retire into, that would open space for fresh thinking.” To this end, ShareAction published a model Responsible Investment Bill (bit.ly/ShareAction_RIB) to promote more enlightened long-term investment by pension schemes and their asset managers.

Howarth believes creating a more holistic investment framework requires “a boldness of vision” and thinks actuaries have a lot to bring to the table, particularly given their skillset and ability to consider a wide range of risks. She is impressed that the debate is already alive and well within the actuarial community, and encourages actuaries to collaborate further with those outside the profession.

While redesigning the investment framework may be the long-term goal, Howarth believes in bringing about change pragmatically. “There’s no such thing as a blueprint for perfect change – you have to inch your way forward,” she says. “The more things people do within the current constraints, the more they start to believe that you could move beyond them.”

She points to the success that a significant group of institutional investors have had in pressuring listed companies to commit to the Living Wage – more than 50% of FTSE 100 companies are now accredited Living Wage employers. She also cites a recent example of active stewardship in which ShareAction, together with a coalition of retail and institutional investors, co-filed a shareholder resolution calling for Sainsbury’s to commit to paying its workforce at least the Living Wage. The resolution achieved a significant share of the vote, despite the Sainsbury’s Board and major proxy advisers Glass Lewis and ISS recommending investors vote against the resolution, and influenced the company to increase pay for 19,000 directly employed London staff.

Howarth admits that shareholder resolutions and responsible stewardship have limits in the current framework. “A lot of investors freeride on other people’s efforts to act as responsible owners,” she says. “Highly engaged stewardship is costly, it’s risky, and you may not quickly get the outcomes that you hope for. We have a collective action problem in capital markets when it comes to stewardship of publicly listed companies.”

She also highlights the issue of greenwashing among institutional investors, particularly when it comes to stewardship. She gives the example of investors being quick to sign up to high-profile climate initiatives and promote their membership, but comparatively slow to take meaningful action.

ShareAction recently released a report (bit.ly/ShareAction_PowerNumbers) on Climate Action 100+ (CA100+), the world’s largest investor initiative on climate change. The initiative includes more than 700 investors, who engage with 167 companies that are responsible for up to 80% of global industrial emissions; the report found that progress on climate engagement and reporting strategies has been limited. “If you could achieve strong progress in reducing emissions from those 167 companies, you’d be well on your way to solving the climate challenge,” says Howarth. “And yet five years on from the founding of CA100+, most of those companies have made little progress.”

She believes such initiatives need to be redesigned and strengthened to ensure more accountability and action. “We should jettison investors that aren’t serious within the initiative. We should have minimum standards for participating investors and be clear about what investors are committing to.” 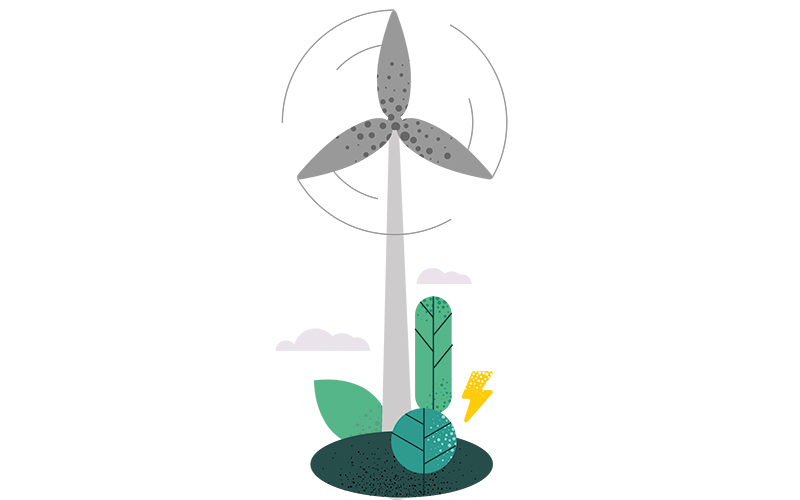 Stakeholder capitalism rose to prominence a few years ago after the Business Roundtable released a statement redefining a corporation’s purpose as serving all stakeholders. Critics, however, have pointed to the limited change in signatories’ behaviour, and the challenges inherent in a corporation being answerable to multiple stakeholders and balancing all of their needs.

Howarth still believes in shareholder primacy, “because boards of directors should be held to account by those who have allocated capital”, but thinks the underlying concept of stakeholder capitalism can still find its expression through responsible investors. In her version, “those who have allocated capital would take an enlightened perspective on all the stakeholders of the company”. Management would then be held accountable by shareholders for appropriate management of stakeholder interests.

She believes this concept is particularly relevant for pension schemes, as their members “have an interest in companies being responsible in relation to their consumers, their employees and the environment, because those pension savers are also consumers and citizens”. For example, if a supermarket tries to maximise profits by focusing on selling food that is high in fat, salt and sugar, that decision may adversely affect the health and longevity of consumers who may be invested through their pension fund in that supermarket.

While Howarth acknowledges that there is no precedent for the change that is needed for us to transition to a sustainable and fair economy, she believes history is still a useful guide.  It will require a collaborative effort, and she thinks that “people in all sectors of society, but crucially in financial markets, should be part of developing the ethical, technical and actuarial frameworks that we need for this new period of human history”.

This article appeared in our September 2022 issue of The Actuary.
Click here to view this issue
Also filed in
Interviews
Topics
Investment
Risk & ERM
Environment