Book review: Business Ethics: What everyone needs to know 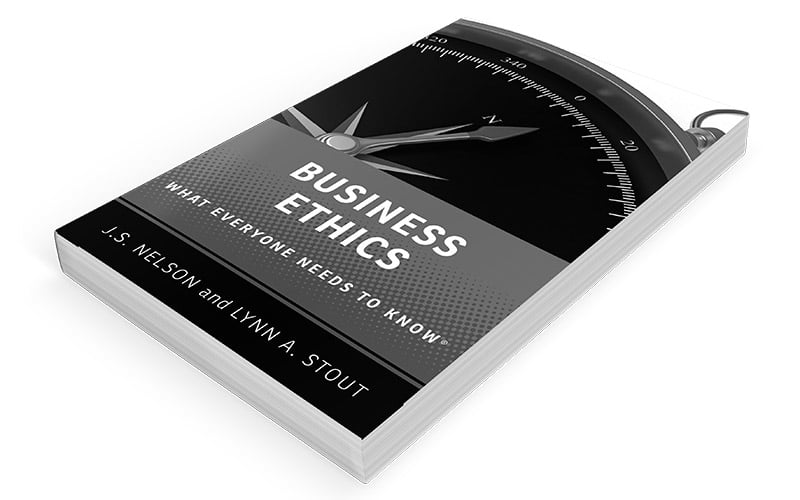 Business Ethics promises to be a practical guide to a difficult topic. It is comprehensive and accessible, covering the subject from several perspectives, including the philosophical, the leader’s view, and how to whistleblow without ending your career. This multifaceted approach draws out the tensions implicit in a workable ethics framework.

Chapters on the philosophy and science of ethical behaviour are interesting because they highlight the range of ethical frameworks. The definitions continue throughout the book in descriptions of factors that lead to better business ethics. I frequently had to resist the temptation to sketch out a model that might allow an approach to be scored. Practical checklists of factors are always useful when trying to grasp such a broad and intractable subject, even when measurement will always be challenging.

There are several chapters dealing with the legal ethical duties and obligations of boards, directors and officers, alongside the implications of failing to act ethically. These are primarily written from a US perspective. This material is less relevant to a non-US practitioner, but is still interesting because it describes one route down which legislation outside the US might move in future.

Legal information aside, the concepts, case studies and suggestions are more widely drawn, and most of the material has universal application. While some financial services case studies are referred to, the material is not sector-specific. This has benefits and drawbacks. Other perspectives can be interesting, but sometimes the responses are already second-guessed by existing financial services regulation.

There were a couple of surprises. First, the book cites a 2013 study suggesting that 60% of workplace misbehaviour is perpetrated by managers. The book already documents the important role played by management in ensuring that sound ethical practices are followed; indeed, that is at the heart of tone-at-the-top thinking. So is 60% a high number or a low one? Our background in statistics leads to probing these sorts of statistics. What about the misbehaviour

that goes unrecorded or unrecognised in the study? Is every ethical issue of the same weight? What other study-design features might influence the broader application of the conclusions? On balance, the book does a good job in setting out why managers are more likely to have to face ethical challenges, without relying on study results that don’t feel to this amateur reader as withstanding challenge.

Why might management engage in unethical behaviour? Some possibilities are suggested. I was unfamiliar with the terms ‘dark triad’ and ‘ethical sliding’. The dark triad is the psychologist’s term for the combination of narcissism, Machiavellianism and psychopathy found disproportionately in managers. Ethical sliding is allowing self-interest to dominate while believing oneself to be acting morally, suggested by four different self-deceptions. Finally, work pressure often results in three behaviours that can blind us to ethical mis-steps. These chapters provide a useful checklist for identifying unethical activity. Identification is the first step to finding a resolution.

The second surprise is a conclusion hidden deep in the chapter on major ethical traps in modern business. It cites Donna Dubinsky, famous for standing up to Steve Jobs at Apple in the 1980s. Her advice was to always keep a reserve of ‘go-to-hell money’ to avoid being caught in an ethical slide, so that one could always walk away. That’s good advice, but it is difficult to see it being followed in practice on a wide scale, simply because of economics. That’s a depressing conclusion. It suggests that business ethics can be solved only by senior managers, largely because they are setting the culture – but they themselves are facing the most pressure to act unethically.

The book ends with chapters on implementing best practices and developing an ethical culture.

While interesting, this will be familiar to anyone involved in financial services conduct and culture work.

Overall, this is a comprehensive, interesting book, partly because of the range of perspectives considered and partly because it is presented as answers to a series of questions that are relevant to most organisations. That it doesn’t offer a solution feels entirely reasonable, given the scale of the subject. As a foundation-level practical text, it’s a worthwhile read. 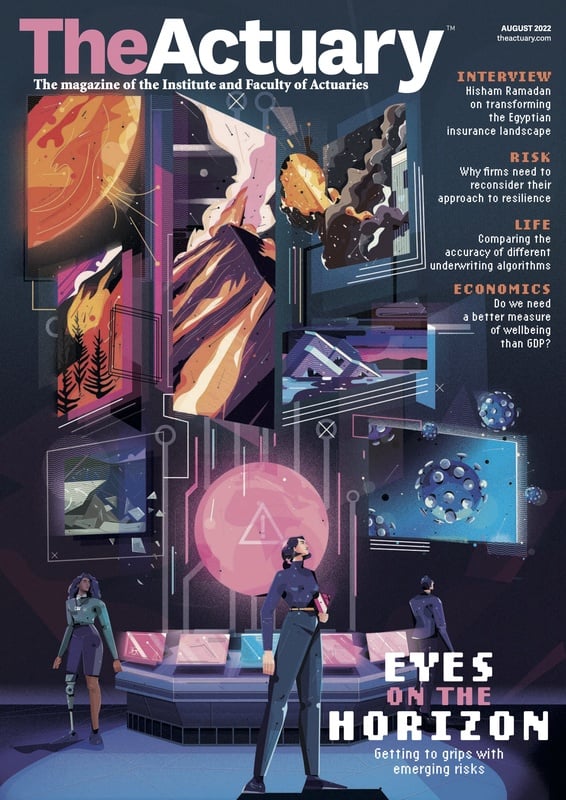 This article appeared in our August 2022 issue of The Actuary.
Click here to view this issue
Also filed in
General Features
Topics
Soft skills