Nicky Witras provides an overview of attitudes to cryptocurrencies in different countries, and explains why institutional investors have been slow to invest in this asset class 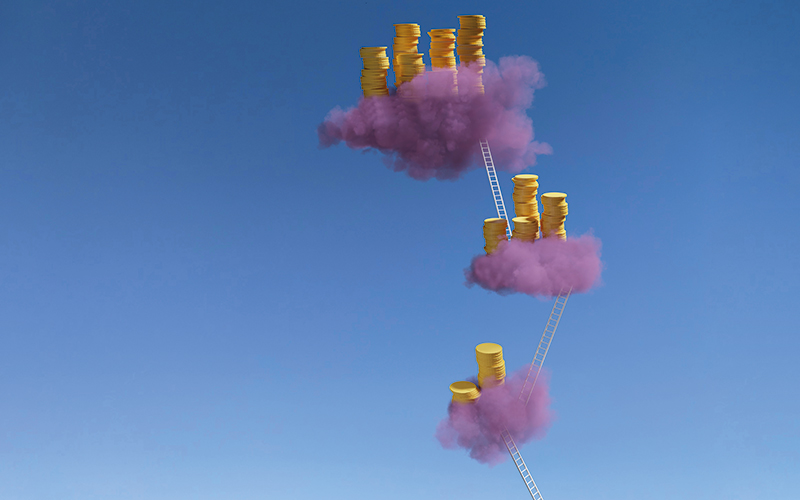 Cryptocurrencies are a new and fast-growing asset class. They exhibit high volatility, representing increased risk, but also provide an opportunity for high returns. What is the current state of cryptocurrency regulation, and what challenges do institutional investors face in allocating funds to such currencies?

Among other aims, regulators must protect consumers and prevent fraud and money laundering. Many laws have been enacted against cryptocurrencies due to the fear that they facilitate the movement of dirty money.

However, since all transactions are stored in the blockchain and are available publicly, it is in fact more difficult to launder money through most cryptocurrencies, as suspicious addresses can be flagged and, in most cases, eventually lead to a wallet that has ‘know your customer’ information. The exceptions are the so-called ‘anonymity-enhanced cryptocurrencies’ (AECs) such as Monero, which use an algorithm to scramble wallet addresses and thus make it impossible to
trace users. Legislation involving anti-money laundering would be best directed at AECs, which constitute a very small percentage of all cryptocurrencies, and many cryptocurrency exchanges have already delisted them.

On the other hand, at least nine countries – notably China – have imposed absolute bans on cryptocurrencies, citing their decentralised nature, the threat they could pose to current financial systems, or lack of regulation. Many central banks are considering creating their own central bank digital currencies, pegged to the country’s fiat currency, to take advantage of the benefits of digital currencies while maintaining control of their financial systems.

Institutional investors are slowly adding cryptocurrencies to their investment portfolios, but barriers have prohibited the growth of this asset class. These include the high volatility, lack of fundamentals (such as an underlying asset or cashflow generation), uncertainties around market manipulation, regulation, security of asset custody, and a lack of valuation methodology.

Investment in cryptocurrencies would not be a viable strategy for many institutional investors, given the solvency capital requirements and prudential regulation requirements they are subject to. The price volatility graph in Figure 1 shows just how high the volatilities of Bitcoin and Ethereum are relative to other asset classes, between 2011 and 2018. 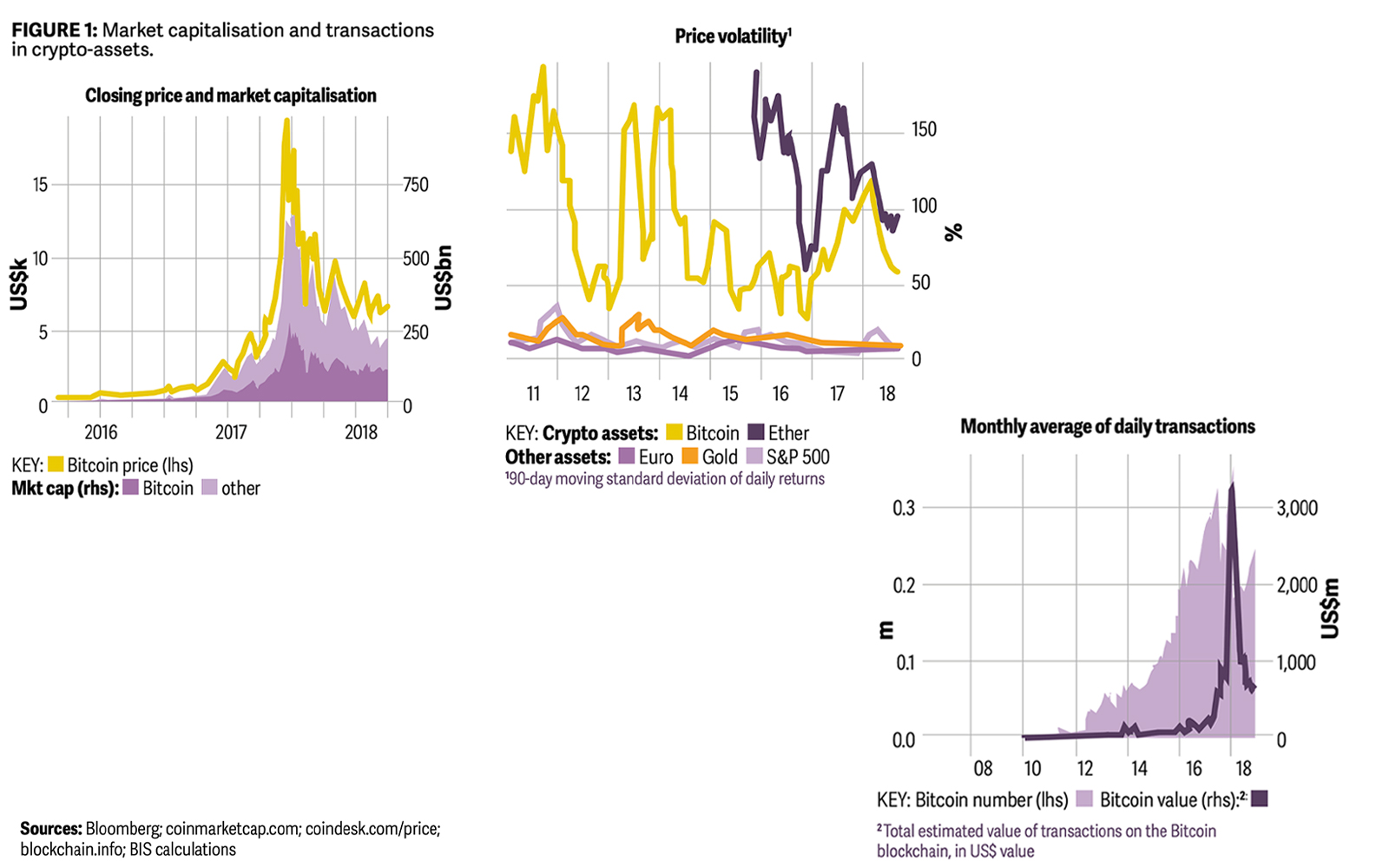 In general, the cryptocurrency market is less liquid than traditional markets such as stocks or bonds. Supply of the coins is usually pre-determined with a public timetable, making price discovery difficult and increasing the price volatility. Gapping is also common, limiting the ability of investors to exit their positions. There is also evidence that certain exchanges regularly manipulate prices, trade against clients and front-run large trades.

Determining the fair value of traditional assets such as stocks and bonds is relatively simple because there is an international consensus on their valuation methodology. However, no such consensus exists for cryptocurrencies. There are several different valuation methods, which are often complex and inconsistent; these include market capitalisation, cost of mining the tokens, and valuation based on the ubiquity of the coins (value derived from network effect).

There is no international consensus on the regulation of this new asset class. The legal, compliance and regulatory challenges faced by many institutional investors, especially those with international branches, create a hurdle to wider adoption.

Institutional custodial solutions for cryptocurrencies are both technically and legally complicated, partly due to the way the public and private-key encryption used by blockchain systems are stored and verified. Because the public keys are easily accessible, custodial solutions require multi-layered security features, further complicating the system. Poorly designed systems have resulted in breaches before, such as the disastrous demise of Mt Gox in 2014, in which 850,000 Bitcoins (worth approximately US$460m at the time) were stolen.

“There are at least 111 countries where cryptocurrencies are recognised by law, including the UK, EU nations and the US”

As of February 2022, there are more than 10,000 cryptocurrencies – but only a handful have been around for more than five years. Stress-testing, and computing fundamental measure metrics, such as expected shortfall and Value-at-Risk, are difficult due to the limited amount of available data.

This is further aggravated by the lack of a single uniform price. For example, on any given day, the spot price of Bitcoin would be similar but slightly different across different exchanges such as Binance and Coinbase. In the absence of a consensus on price or return for cryptocurrencies, any attempt at modelling and forecasting would have limited predictive power.

Despite these challenges, major financial institutions have made large investments to create teams dedicated to cryptocurrency. The involvement of various investor types is also increasing in 2022 (Figure 2). Crypto and blockchain companies raised US$25bn in 2021 – eight times the figure raised in 2020. As regulation becomes clearer and institutional-grade investment options increase in this space, we should expect mainstream adoption to happen sooner rather than later.

This article appeared in our July 2022 issue of The Actuary.
Click here to view this issue
Also filed in:
General Features
Topics:
Data Science
Investment
Technology