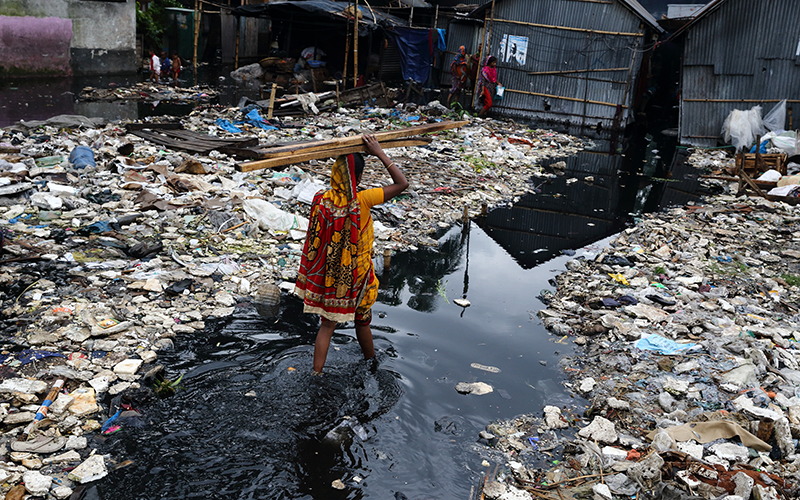 In a report published today by the C40 Cities network, the researchers warn that, without urgent action, devastating river and coastal flooding will unleash enormous economic, health, and social consequences.

Leveraging data from the network’s nearly 100 member cities, the findings suggest that as many as 2,400 hospitals and healthcare facilities could be underwater by 2050 if global warming continues unabated, with nearly half of them in India.

Over 300 power stations are also at risk of being flooded over the next three decades, with more than half located in the US.

Looking specifically at the world's largest cities, 7.4 million people could be exposed to severe river flooding, with damages to urban areas expected to cost $64bn per year, even with current levels of global flood protections in place.

Unequal impacts are expected worldwide, with populations in the Global South forecast to be 10 times more likely to be affected by flooding and droughts than residents in the Global North.

“Poverty, deprivation and health inequalities will also reduce people’s ability to prepare for, respond to, and recover from flooding incidents,” said Sadiq Khan, mayor of London and chair of C40 Cities.

“To address the climate emergency, mayors around the world need to create resilient cities that are adapted to the impacts of climate change including flooding.”

The report also forecasts more frequent and severe droughts to increase water losses in C40 cities by 26%, costing $111bn in damages per year over the next three decades.

Research institutions, universities and private stakeholders, such as utility companies and insurers, are urged to share data and forecasts and incorporate these into plans to build new energy and health infrastructure.

“Cities have a wealth of tools and knowledge at their disposal to ensure that they are adequately preparing for the realities of the climate crisis, but effective action starts with an understanding of the scope and scale of the challenge.”