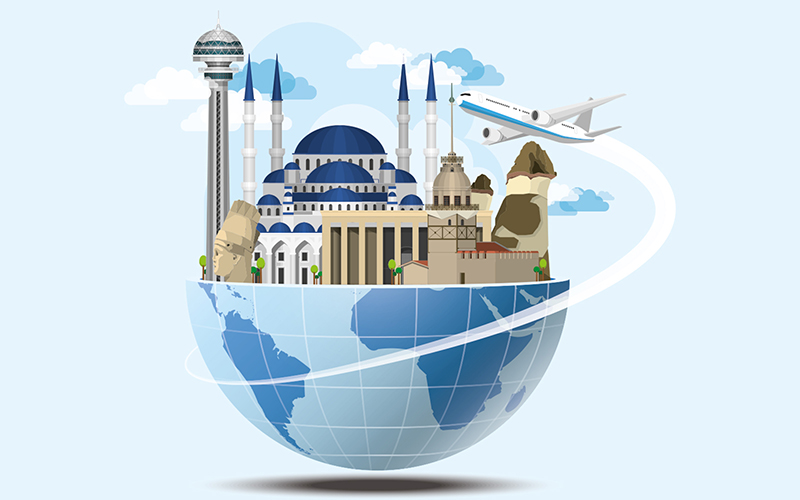 My actuarial career started in Istanbul. As I worked for a UK insurer at the time, I benefited from the same privileges as my colleagues in London: reimbursement of exam-related expenses, pay rises following exam passes, and 15 days of study leave per exam. These were not found anywhere else in Istanbul at the time. As a young graduate without family responsibilities, I decided to follow my dream: actuaries are highly respected in Turkey, as they are in any country, and I loved maths and wanted it to be at the centre of my work.

After passing most of the early exams, I got a scholarship from the EU to study actuarial management at City University, London, where I discovered how different an actuarial student’s life is in the UK. I was used to studying and sitting exams on my own and having nobody to discuss them with, as I was usually the only person taking that exam in Turkey. The feeling of sitting an exam in a big hall in London, with hundreds of other students, was certainly different. English was not a barrier, as I had had all my prior education in English – but I think that, for many, sitting these exams in another language could have been a challenge.

After completing my studies, I stayed in London for a year to work at an actuarial consultancy. The firm later set up an office in Istanbul, and I was asked to be the local actuary for the non-life team. That start-up experience was priceless; as one of the first members of the team, I was involved in a variety of projects in life, non-life, health and Solvency II, as well as projects working with the regulator.

Four years later, a multinational reinsurer asked me to establish its life reinsurance function in Turkey, and I thought this would be an opportunity to return to the life practice while gaining experience in reinsurance. Shortly after joining in 2015, I qualified as a Fellow of the IFoA.

Looking back, I have been very empowered in my journey by the multinational companies I have worked for, which supported me financially and professionally – as well as my family, for their emotional support. I would take study leave to go to my parents’ house to focus, my mother would come to Istanbul near the exams to support me, and my husband would sit with me to review my assignments. With his fresh perspective, he was able to help me identify the gaps in my knowledge.

I cannot thank them enough. In the end, the empowerment from my education was worth all the pain along the way. My overseas experience also helped me when I later had an opportunity to work in Dubai with Metlife, where I have been since 2016.

For those who would like to sit the UK or US exams, the path is not straightforward. I was lucky, having worked in big multinationals with endless support, but it is still uncommon for local employers to support actuarial studies due to their high costs. This problem has got worse during the past few years because of the devaluation of the Turkish lira. I am only the third Turkish national I know of to have qualified in the UK system; much of our absence has been due to language barriers, high costs and a lack of company support. Going forward, I would like to see more done to integrate overseas students – particularly through free webinars, increased mentorship activities, and even scholarships or higher discounts for those who are self-financing.

This article appeared in our June 2022 issue of The Actuary.
Click here to view this issue
Also filed in:
General Features
Topics:
General Insurance
Global