People and society news: May 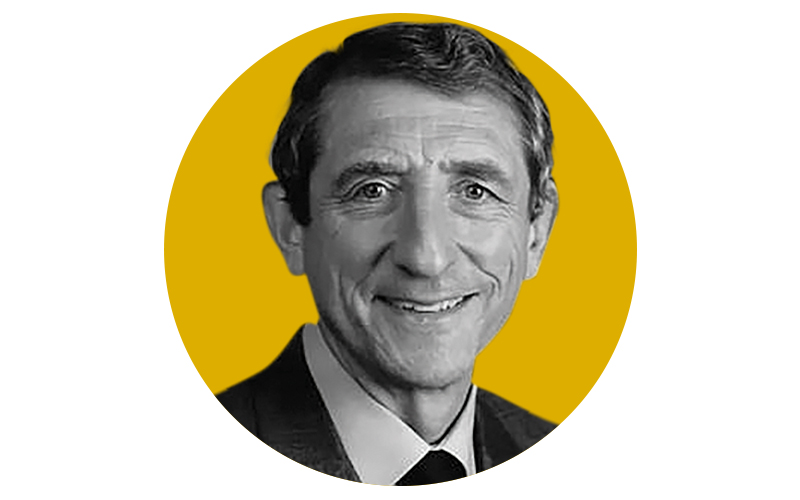 Terry Arthur, a significant leader among investment actuaries, died on 18 February 2022 at the age of 81.

Terry was born in Hartlepool on 5 September 1940. He earned a degree from the University of Manchester and a Certificate in Statistics at Cambridge, and studied for his Institute of Actuaries exams while at Equity & Law, qualifying as a Fellow in 1967. His career then took him into the consulting world with Duncan C Fraser & Co. He branched out in 1977, establishing his own firm with his partner David Hargrave; this was followed some years later by a merger with Bacon & Woodrow.

By this time, Terry had begun to develop a theory of how the investment of the assets of pension schemes should be arranged to reflect the nature of the corresponding liabilities. His 1990 paper to the Institute of Actuaries, co-written with Peter Randall, led directly to the development of ‘liability-driven investment’ – which is now an almost universally accepted approach to pension scheme investment.

His status as an independent adviser led him to establish a career as a commentator and writer on institutional investment issues. Indeed, for many of his friends and colleagues, this is when Terry’s career became most significant. He sat on the boards of several financial institutions and was also a frequent contributor to a number of prestigious journals.

Terry was in great demand as a speaker at institutional investment conferences. His book 95% Is Crap: A Plain Man’s Guide to British Politics took to task those in authority (in particular, politicians) who made illogical or inconsistent statements, and was followed by a second, equally entertaining volume.

Terry served the profession as a member of the Council for several years, during which time he sat on many committees.

Sport played an major part in Terry’s life. He won two England rugby caps in 1966, playing in the centre, and some thought that if he had been capped earlier he would have had an even more distinguished international playing career – possibly including recognition by the British and Irish Lions. While at Equity & Law he played for Wasps, where his performance was outstanding – he scored 50 tries in 100 appearances and is on the club’s list of Wasps Legends.

Perhaps that is the way Terry would most like to be remembered – an honourable and fair player in whatever field he played in.

Terry leaves behind his wife, Clare, and his six children, stepchildren and grandchildren. 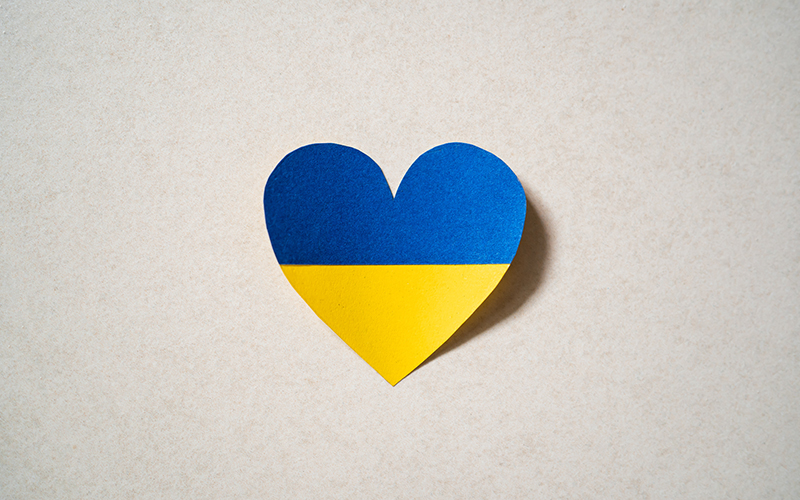 Amid the ongoing humanitarian crisis in Ukraine, the Staple Inn Actuarial Society would like to do its bit by continuing to raise awareness and much-needed funds to support those whose lives have been affected by the war.

We will match each donation pound for pound until the total donation reaches £10,000. Please email your receipts to [email protected]. Members can donate to any charity supporting Ukraine. 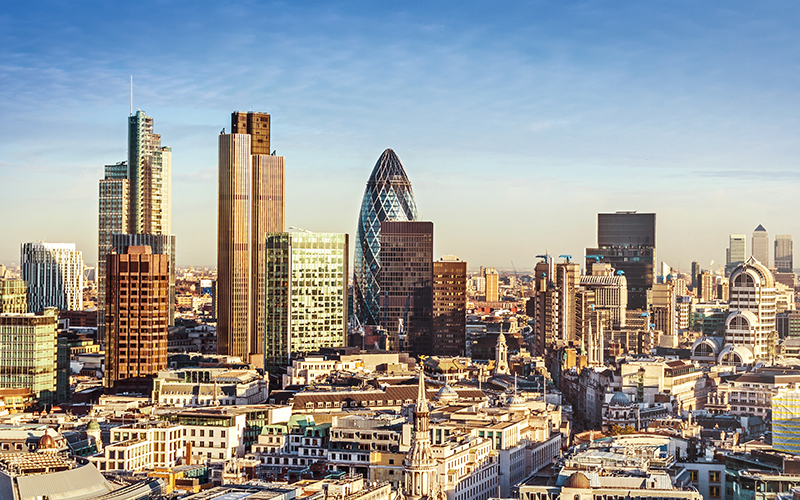 Seeking those in non-traditional fields

The Argonauts Club is a group for actuaries who work outside of traditional actuarial fields. It has a rich heritage, having been established in London in 1955, and has now re-started its meetings after a two-year hiatus due to the COVID-19 pandemic.

In September the club met for drinks at Jin Bo Law, a rooftop bar that overlooks the City of London. Our first gathering for two years was widely enjoyed, and was a much-needed catch-up. We were bemused to discover that the Love Island contestants were also meeting for a drinks party right next to us in the same bar, but despite our members’ general interest in wider fields, our attendees managed not to be too distracted by the neighbours.

In February and November, we met over dinner to listen to Stuart McDonald talk about his experiences with the media while working on the COVID-19 Actuarial Response Group, Dr Louise Ashley discuss diversity in recruitment at elite organisations, Chris Hogg speak about his positive experience of applying mindfulness techniques, and Steven Mendel, founder of double-unicorn company Bought by Many, talk about his experiences.

Club dinners are mostly held at the Innholders’ Hall, which provides excellent food, and the after-dinner talks are held under the Chatham House rule; members are therefore assured of an interesting venue, a good dinner, convivial company and interesting speakers. Today’s vibrant and varied membership is made up of actuaries working in investment management, climate change, general insurance, investment banking, private equity and trusteeship, among other areas. If you work outside traditional life or pensions activities and are interested in joining, contact [email protected] Further details are on the IFoA’s website – just search for Argonauts.

The Argonauts next dinner meeting will take place on 6 June 2022 at the Reform Club, where we will be hearing from IFoA president Louise Pryor, as well as Liberty Steel chief transformation officer Jeff Kabel, who will talk about decarbonising steel. 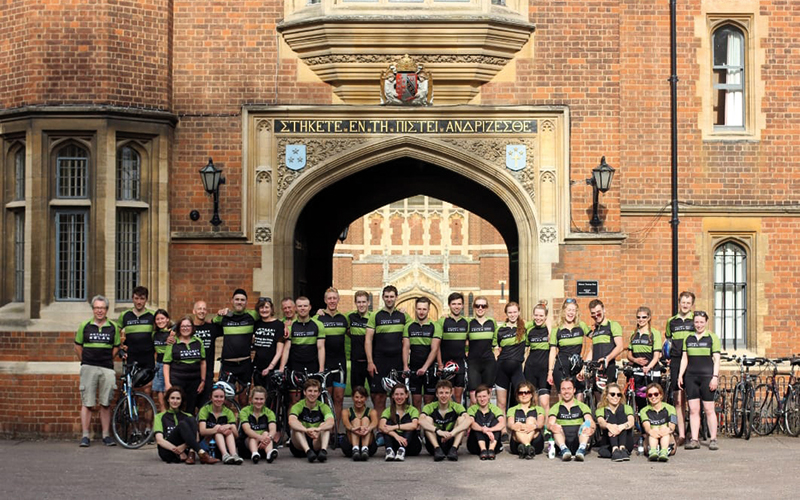 The new meaning of AA By IA Farr

When you hear or read the letters AA, your mind may turn to some well-known possibilities for what is being mentioned. However, on 22 February, members of the Worshipful Company of Actuaries attending the annual presentation of the Phiatus Award, given to an actuary for outstanding charitable endeavour, learned about another AA: ‘actuarial altruism’.

James Robinson was the recipient of this year’s Phiatus Award, which was presented by Master Julie Griffiths. His name was inscribed on a silver salver alongside those of previous winners, and a handsome contribution was made to the blood cancer charity Anthony Nolan.

Shocked and saddened by the death of a close friend from blood cancer at the age of just 26, her body having rejected the stem cells that might have cured her, James desperately wanted to do something – so he set himself three objectives:

James is a keen cyclist and he turned to this hobby to meet his first objective, arranging a 94-mile bike ride for people who had known his friend. The ride began at her home and ended at Selwyn College, Cambridge, where she studied. Many of the participants were not cyclists (some didn’t even have a bike!), so 94 miles was a real challenge – but it turned out to be a great success, and has since been followed by other cycling events in later years.

The second objective was straightforward, and involved supporting the wonderful work of Anthony Nolan by volunteering at events and encouraging people to sign up to the stem cell register.

The third objective was where ‘AA’ came in. While funding had been raised from the bike rides and from other events, it became apparent to James that not all actuaries are bakers of cakes or runners of marathons, worthy though these fundraising activities are.

Actuaries do, however, know about money, and James realised that an effective way for many actuaries to raise money for charity was through their earning power. To this end, he persuaded his firm to change its charitable giving facility for staff so that those who wanted to could convert the value of some of their professional time into charitable donations. The idea caught the imagination of many of his colleagues, and substantial sums have been raised in this way. And what better name for that than ‘actuarial altruism’?

Clara-Pensions has appointed Simon True as chief executive. True has more than 30 years of industry experience; his most recent executive role was as group corporate development director and group chief actuary at Phoenix Group.

The Catholic Bishops’ Conference of England and Wales has made Philip Booth director of policy and research. He steps down as director of the Vinson Centre for the Public Understanding of Economics, but will remain in his role at St Mary’s University.

WTW has appointed Phil Tervit as a senior director to its insurance, consulting and technology team.  He was previously a finance and risk director and master trust trustee with Aegon.

This article appeared in our May 2022 issue of The Actuary.
Click here to view this issue
Also filed in
People & Social News