Easy being green: are investors persuaded by green bonds? 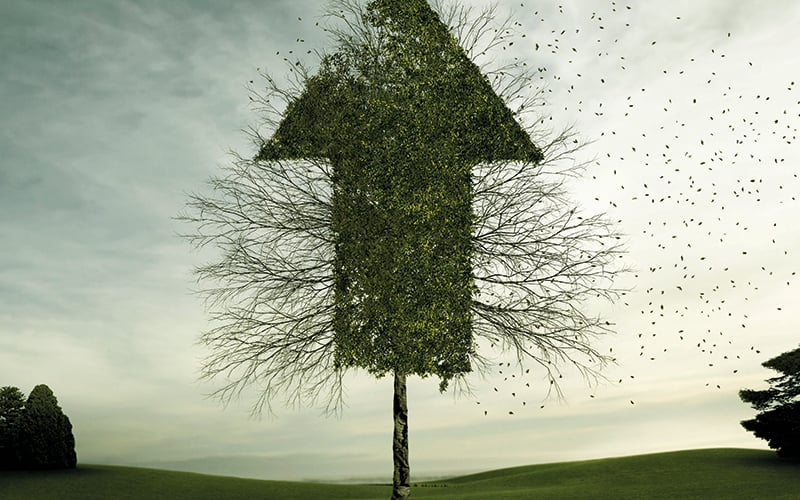 The growth in green bonds during the past few years has been nothing short of astonishing. Before 2007, such labels were unheard of, but by 2023 the annual issuance is expected to hit US$1trn (Figure 1). This growth is largely attributable to the post-Paris climate agenda, fuelled by heightened demand for investors to be more sustainable and the need for governments and corporates to meet their emissions targets and green their businesses.  But why do issuers go to the effort of labelling their bonds in this way, and are investors willing to pay a ‘greenium’ for them?

Green bonds have similar coupon and term structures to their conventional counterparts. There are more euro (49%) than US dollar (29%) issuances, according to the Climate Bonds Initiative (CBI), but other than that, the distribution of issuers (governments, corporates, developed and emerging markets) follows a similar profile to that of conventional bonds.

The differences lie in the way the proceeds are used and what recourse the investor has to the issuer’s funds. ‘Use of proceeds’ must deliver environmental or climate-friendly benefits, and greenwashing concerns are addressed by stringent principles, standards and verifiers (see ‘Combatting greenwashing’, below). Recourse is mostly to the issuer’s entire balance sheet, although some are restricted to project revenue streams or a wider ‘covered’ pool. 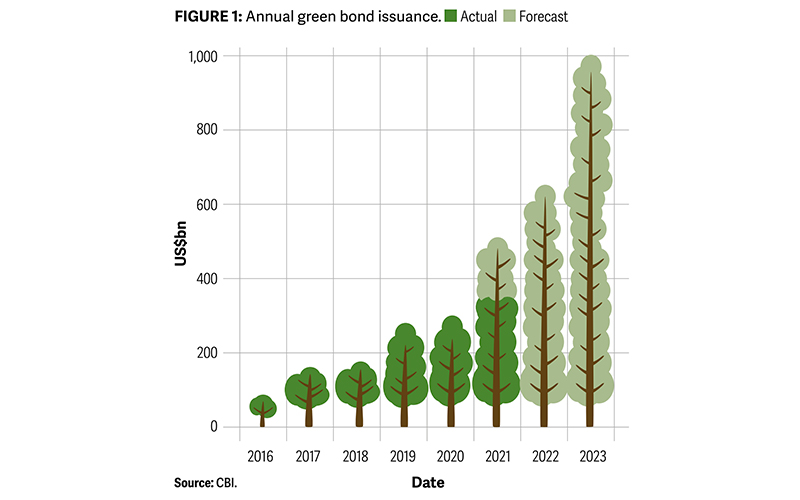 There is some evidence that green bonds are less volatile and more liquid than conventional bonds, but given the long-term buy-and-hold strategy of institutional investors, these features on their own are unlikely to justify paying a higher price.

A ‘greenium’ is defined as the premium a green bond commands over an equivalent conventional bond and is usually expressed as a lower yield spread. It is much debated, from whether it exists in the primary or secondary market to whether it influences issuer or investor behaviour. Traditional finance theory suggests that non-green arbitragers will quickly eliminate any pricing discrepancy and, as environmental benefits are non-pecuniary to the investor, the presence of a greenium is a market failure that can only be explained by (and therefore an indication of) a non-pecuniary preference for green.

In one recent academic study, The Economics of the Greenium: How Much is the World Willing to Pay to Save the Earth?, the price greenium is defined as:

Academic evidence for the greenium is extensive, but conclusions are mixed and unreliable due to small sample sizes and a lack of equivalent non-green bond comparators. Focus is on yields rather than prices, with the yield greenium typically being very small – one to 10 basis points.

There is, however, significant variation across individual bonds, and it is important to distinguish idiosyncratic greenium from market greenium. Idiosyncratic greenium is more evident where investors can be confident of a direct link between individual bond proceeds and green projects, or where the risk of greenwashing is low. So bonds issued by non-financial corporates or certified by the CBI have a higher greenium than uncertified bonds or those issued by governments and financial corporates. 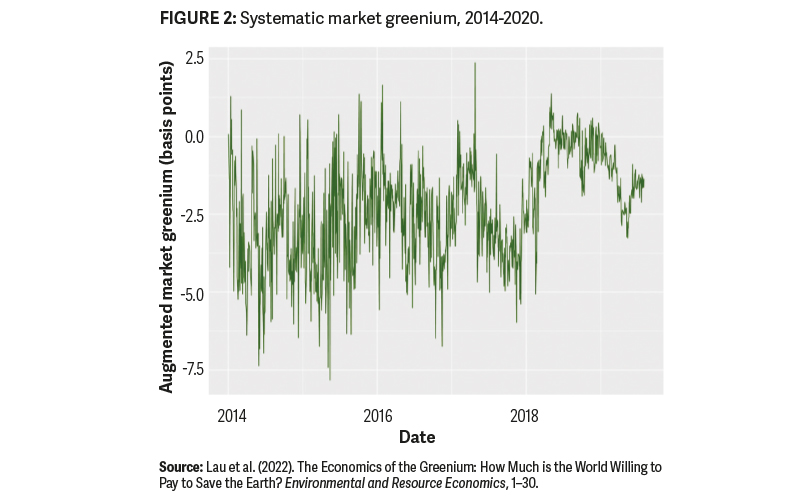 Even allowing for idiosyncratic elements, systematic market greenium is not stable (Figure 2) and is likely correlated with society sentiment. Between mid-2017 and mid-2018 the market greenium disappeared; was this connected to the US’s stated intention to withdraw from the Paris Agreement?

Importance of the greenium

At such a small level, does the greenium matter? From an issuer’s perspective, it means cheaper finance for green projects. However, according to the CBI’s Green Bond Treasurer Survey 2020, this is rarely an issuer’s primary motivation. The benefits largely come from the rest of the business experiencing a ‘halo effect’, demonstrating its green credentials to the market and widening the potential pool of investors. In that respect, some commentators caution against a ‘green bubble’, suggesting a ‘bad greenium’ from bonds issued by the same non-green issuer, as opposed to the ‘good greenium’ derived from bonds from a green issuer relative to a non-green one.

On the buyer side, institutional investors must justify the price for ‘going green’ to their fiduciaries. Over-subscriptions and tightening of spreads post-issuance relative to conventional bonds suggest that the demand is there. Moreover, in some instances, those investors that are green themselves have been more successful on allocation, suggesting the emergence of a virtuous green circle.

Both investors and issuers highlight a shortage of green pipeline projects. A higher greenium and associated cheap finance will be important in attracting issuers from further afield; in the meantime, governments can step up the pipeline to meet investor demand and take advantage of potential cheap finance for green public projects. As the ‘brown sector’ issues more green bonds, expect the greenium to become more important. Whether investors respond with hard cash sacrifices remains to be seen.

Greenwashing is a marketing deception used by a non-green organisation to ‘spin’ its greenness. Investors are increasingly wise to this, requiring green bonds to satisfy principles set out by the International Capital and Markets Association to ensure the money raised is used for genuinely additional green projects. Principles on ‘use of proceeds’, evaluation, management and reporting are guided by globally emerging taxonomies such as those produced by the EU and the CBI, and many bonds are certified under standards issued by these two organisations. An industry of second-party opinion providers, assurers and rating agencies has sprung up to give investors confidence that such labels have integrity and guard against greenwashing.

This article appeared in our May 2022 issue of The Actuary.
Click here to view this issue
Also filed in
General Features
Topics
Investment
Environment