Fabiola Schneider talks to Travis Elsum about detecting and addressing corporate greenwashing, the new EU Taxonomy, and investors’ role in the journey to a low-carbon economy 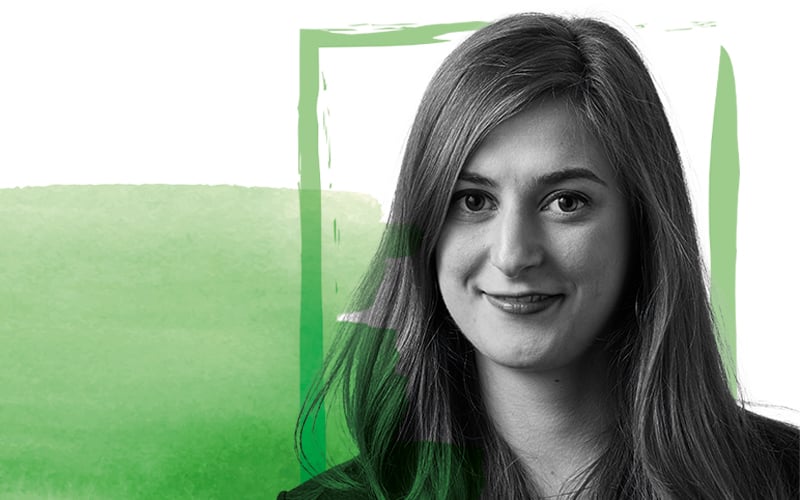 We have seen a proliferation of net-zero emissions targets and sustainability-related claims in recent years. While the sentiment is encouraging, soothing words and feel-good promises are just the easy part. The actual journey to net zero and a sustainable society is ill-defined but sure to be gruelling, with targets missed and promises broken along the way.

Nuanced and overhyped claims, coupled with a lack of mandatory and consistent environmental disclosures, make it difficult for investors to sort credible policies and goals from questionable ones. This can lead to investors mis-estimating climate risks and misaligning them with their own green goals and preferences.

Fabiola Schneider recognises finance’s power to shape the green transition, and this has driven the direction of her career. “Finance touches upon every aspect of every industry, so by directing capital flows into green activity we could really drive this transition,” she says.

Schneider is a sherpa to the European Commission’s (EC) Platform on Sustainable Finance, an expert body set up to advise the EC on the EU Green Taxonomy. She is also a research co-lead at GreenWatch, a team of experts from academia and industry that uses artificial intelligence (AI) to assess and monitor the authenticity of sustainability claims and targets made by companies.

GreenWatch uses AI and machine learning to sift through the sustainability claims made by companies in public disclosures and statements. The team verifies these statements, compares them with the companies’ actual performances and then categorises them. Companies are then ranked on the credibility of their claims.

“For legal reasons, we would never claim that anyone is a greenwasher in absolute terms – instead, we give a likelihood of greenwashing,” Schneider explains. Categories range from ‘high likelihood of greenwashing’ to ‘green leaders’, with ‘green incrementalists’ in the middle. There is also a rarer category, ‘hidden green champions’, for companies that are making good progress but not shouting about it.

In the latest iteration of its analysis, GreenWatch has placed more focus on claims made by senior executives. “That’s because it’s much harder to deflect than press releases or general statements,” says Scheider. “Companies can’t say we didn’t properly read their statements or brush it off as the work of an intern.”

Net-zero claims are plentiful, and more straightforward to assess than other sustainability claims because they have an objective end goal. Schneider breaks the challenge down into four focus areas. The first is trajectory – the pathway to net zero. “It’s all about the area underneath the emissions curve,” Schneider explains. “Collectively, we can’t keep emitting at current levels and then sharply reduce emissions in 2050, because the cumulative emissions would exceed budget. We really need a linear decline.”

The third consideration is the degree to which a company is reliant on carbon offsets to reduce emissions. Schneider argues that these should be treated as a last resort to abate emissions from sectors that have no viable alternatives. “I’ve seen recently in the media claims around carbon-neutral oil. It just doesn’t stack up. A basic test would be to try explaining it to a child – you just couldn’t.”

GreenWatch’s reports aim to better inform investors on greenwashing risks, and to name and shame companies to pressure them to shift their behaviour. However, Schneider highlights the need for consistent and mandatory sustainability disclosures, and disciplinary measures for greenwashing. “There are myriad different frameworks and standards, which makes it really hard to compare emissions.”

We can’t keep emitting at current levels and then sharply reduce emissions in 2050, because the cumulative emissions would exceed budget

As an example, she cites the impact of mandatory carbon disclosures in France under Article 173 of the country’s Energy Transition Law, which sets out annual reporting requirements for listed companies and institutional investors. A study found that institutions covered by the requirements reduced their emissions on average. “So while voluntary disclosures are great, mandatory disclosure regulation can really be a key driver of action,” Schneider says.

The biggest greenwash in history?

Defining which assets and activities are green is a key step in improving the consistency of reporting, and in directing capital flows to support the transition to a low-carbon economy. The EU Taxonomy, a classification system that defines a list of environmentally sustainable economic activities, aims to do just that.

A sustainable economic activity must substantially contribute to at least one of these objectives and ‘do no significant harm’ to any of the other objectives.

While Schneider is supportive of the taxonomy’s overarching aims, she is critical of its inclusion of gas and nuclear via the Complementary Climate Delegated Act. The EC cited the benefits gas and nuclear will provide during the transition, but Schneider thinks including these fuels “could be called the biggest greenwash of all time” and argues that they have no place in the taxonomy. First, she says, there are renewable alternatives to gas, and second, the long operating lifetime of new facilities lock in emissions and so are inconsistent with the required emissions reduction pathway. And while nuclear is a low-carbon fuel source, in her view it is not aligned to the taxonomy because it fails the ‘do no significant harm’ requirement due to the adverse impact of nuclear waste on the ‘pollution prevention’ objective.

Asked whether excluding nuclear could increase reliance on coal, and thus emissions in the short term, Schneider points out that the taxonomy aims to define what investments are green – it is not an energy policy document. “If you’re in a supermarket and you buy organic bananas, you don’t ask the question: could I feed the world on organic bananas? You just need to know whether they are organic or not.”

Overall, Schneider is positive on the significant role that investors can have in driving the low-carbon transition. Asked how they can help accelerate the transition, she highlights the benefits of impact investing and argues that investors should “engage in equity, deny debt”. Equity holders are part-owners of a company and should use their voice to influence action on the transition, she says. By divesting, ownership is simply transferred to another owner, with limited impact on the cashflows of the company.

In contrast, Schneider argues, debt raising or refinancing is a “crucial moment where investors can have a real impact”. She cites the examples of introducing environment-related covenants or even converting to sustainability-linked bonds, where the level of coupon payments depends on performance against sustainability objectives.

Ultimately, though, for investors to make informed decisions and help drive the transition to a sustainable economy, carbon disclosures need to improve and the practice of greenwashing needs to be stamped out.

This article appeared in our May 2022 issue of The Actuary.
Click here to view this issue
Filed in
Interviews
Topics
Investment
Environment
Regulation Standards