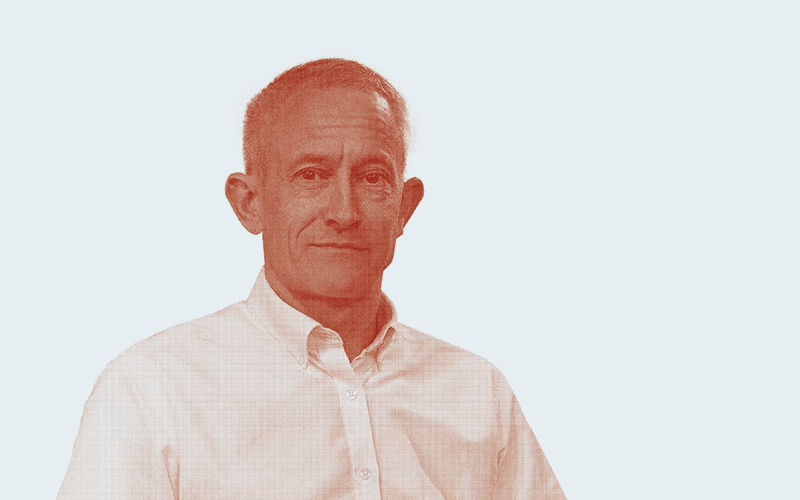 A quick online search of ‘COVID-19 Actuaries Response Group’ (ARG) will bring up results from the BBC to Sky News, and many other media outlets besides. Among its many achievements, the group has brought the word ‘actuary’ into the mainstream lexicon.

Matthew Edwards and Stuart McDonald are the group’s co-chairs, and two of its founding members. Edwards is a director at Willis Towers Watson; from his time as editor of The Actuary to his involvement in mortality and antibiotic resistance research, he has been volunteering for the actuarial profession for 20 years. McDonald is head of demographic assumptions and methodology at Lloyds Banking Group. Before the pandemic, they worked together on the Continuous Mortality Investigation (CMI), with Edwards as chair and McDonald as chief risk officer. In March 2020, the two banded together with other volunteers who were concerned about the oncoming pandemic, and the ARG was born.

For many, 2021 felt like a replay of 2020. For the ARG, though, the two years were very different from one another.

The first year involved “a lot of different issues every month,” Edwards says. “We were gradually increasing our social media presence and hitting more journalists, getting on their radar.” In 2021, by contrast, the group turned its attention to a more focused range of topics, including the vaccine priority order, the impact of vaccines on hospital admissions and mortality, and booster roll-outs. By then, it was able to “capitalise on all the good work in the first year – the media presence and contacts with journalists – to make a real difference,” Edwards adds.

McDonald gives the example of team member John Roberts, who “took the lead on tracking the booster roll-out. By visibly and consistently commenting on how it was going, it was an act of power – of holding the government to account. He and we came to have an increasing influence. He was appearing on shows like the Today programme on Radio 4, and really shaping the media agenda. It got to the point where we would be getting calls from well-known journalists, saying, ‘Look, I’ve got Boris Johnson in the room in half an hour. What should I ask him?’”

This spotlight has certainly raised the profile of the profession. Indeed, the ARG’s Twitter page, @COVID19actuary, has amassed more than 25,000 followers – many of whom are influential in the media, politics or public health. Meanwhile, McDonald has had feedback from many people who didn’t previously know what an actuary was, but now do. He has even had actuaries telling him, ‘My mum got in touch to say she finally understands what I do now, and she’s proud to tell people I’m an actuary!’

The group’s media presence has also had more profound benefits, McDonald believes. “Mainstream media has generally been pretty responsible, but they were not skilled, early on, at distinguishing credible sources from the ones that seemed credible but were ill-informed or disingenuous. There was a big role for us in misinformation-busting. There seems to be less need for that now.

“Misinformation is still there in social media, but it no longer feels as helpful to be sharing the same responses. It feels like people have now hit a polarised position.”

The CMI’s experience of the pandemic was different again. “Unlike the ARG, where we can just comment wherever we think we’ve got useful and sensible things to say, the CMI’s got a very different remit,” Edwards says. “Subscribers are paying us to do clearly defined, objective work on data, which feeds into table graduations, mortality projections and so on.”

The best-known element of the CMI’s COVID-19 work is perhaps the use of excess deaths as a measure of the disease’s impact. “Now it’s obvious, but back in March 2020 there was a real problem understanding how many COVID-19 deaths there were,” says Edwards. The excess death metric gave “a real, immediate indication of the impacts of COVID-19”.

While 2020 excess deaths were easy to interpret, 2021 was more complicated.

“The same thing applied, but with different drivers at work,” Edwards says. “There were still the direct COVID-19 deaths, carrying on in large numbers, but also a forward displacement effect due to some of the more vulnerable having already died in the previous year.

“In 2022, I hope direct COVID-19 deaths are going to be very low, but I think there will be a non-trivial number of deaths from the NHS squeeze – for example due to delayed diagnoses. There may also be some from long COVID-19, and some continued displacement effects.”

Like the ARG, the CMI’s work was picked up by the media, with excess deaths becoming a commonly used statistic. Two media features have included collaborations with Sky’s Ed Conway. “The CMI was able to explore a very long time series and look at population mortality all the way back to the flu pandemic of the 1950s, and even the world wars,” says McDonald. 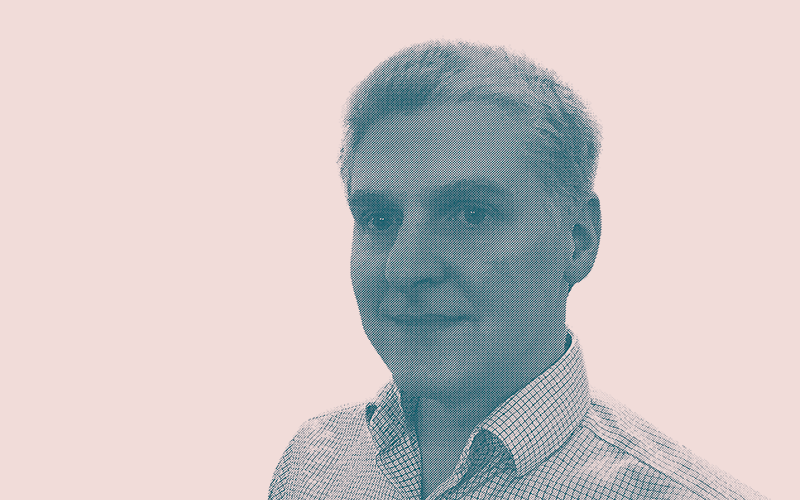 In July 2020, McDonald was invited to attend a SAGE meeting to comment on a paper that attempted to quantify the direct and indirect impact of the pandemic on mortality and morbidity. However, he says, “at the start of the pandemic, I don’t think actuaries were thought of. I don’t think many people in business were. It was largely an academic group.”

When actuaries were eventually invited, “we were brought in as subject matter experts to comment on specific areas, rather than as part of the core team that weighed up the evidence from the subject matter experts to decide what advice to give to government and how to communicate it,” he continues. “But I think we are probably more the latter.” He hopes that this perception of actuaries will change, and, of course, that “if there’s another pandemic, we’re on the list for SAGE from the start!”

McDonald believes that, on the whole, the insurance industry was well-prepared for the pandemic. “Were we adequately capitalised? Absolutely. I haven’t heard about insurers going away and revisiting their one-in-200-year mortality stresses with any urgency. Technology also massively reduced the operational disruption – though things might have been very different if the pandemic had struck just a few years earlier.”

One important aspect, Edwards says, was possibly not well-captured by pandemic scenarios: government intervention. “All of the capital models would have been calibrated around the direct impact on mortality, and interactions with market risk, but not necessarily what happens if the government decides to close down the country for a few months.

“There could be an interesting parallel with something like cyber risk. What happens if a foreign country hacks into all our computers and the government decides to shut down the internet for a month?”

Despite being “pleasantly surprised” by how the insurance industry has managed throughout the pandemic, Edwards is keen not to be complacent. “I remember having a series of conversations a year ago where someone was saying that COVID-19 was no longer something to worry about.

“With many viruses, there is a much shorter time from infection to death, which adds evolutionary pressure on the virus – it needs to avoid killing its hosts to thrive. With COVID-19, at the time, there was a much longer period from infection to possible death. But many people were still thinking it was bound to become benign.

“However, I pointed out to various chief risk officer groups the serious risk that things weren’t necessarily going to get better. The next COVID-19 variant could be more infectious, more severe and better able to escape vaccines. Not to sound like a Cassandra, but that’s pretty much what happened over much of 2021. It’s important that, at every point in time, we are not too biased by the way things have gone in the last few months.”

With the appearance of the Omicron variant, McDonald points out, we have been surprised again in the opposite direction. “The course of the pandemic has been predictably unpredictable.”

Looking back, and ahead

The ARG required a lot of energy – especially in its first year. “We were all getting quite exhausted,” says Edwards. “It was unsustainable.”

McDonald remembers “Saturday and Sunday meetings, always publishing something by seven o’clock in the morning, and doing that two or three-hour ARG shift before work started or after it finished”. On this point, the two are grateful to the ARG team and to their work colleagues, who have been understanding and willing to step in when commitments clashed.

Does it seem fortuitous that so much important and impactful work rested on a group of individuals coming together, and on their colleagues’ goodwill? “Could things have been structured so that either we were seconded to government or our employers liberated us in a more explicit way?” Edwards asks. “In retrospect, that would have been a very sensible thing. But that’s the benefit of hindsight.”

McDonald agrees, although he’s quick to point out that there are also actuaries on the government payroll. “The Government Actuary’s Department has a team who have done great work on various aspects of the pandemic response in formal and informal ways. It’s not just us as volunteers who have been working hard on behalf of the actuarial profession.”

As the pandemic develops, the ARG’s place is changing. “The modelling has become enormously complicated,” McDonald says. “With this smorgasbord of immunity, and the new variants, the modelling is much harder. There are also not as many new topics, or the new topics require much more depth of knowledge, so it becomes harder for us to add value.”

The ARG was formed to respond to an acute situation, and McDonald hopes society is “exiting the emergency” so that team members can finally stand down. For some members, this might mean taking part in deeper, more long-term research, such as that led by the IFoA COVID-19 Action Taskforce, or other important issues such as state pension age, social care, intergenerational fairness, and sustainability.

“The ARG model would probably not work outside of an emergency,” says McDonald. For a more sustainable approach to actuarial research at high volumes, he envisages two possible models. “The IFoA could have a team of actuaries on its staff, or big employers of actuaries could step up and say, ‘Actually, we’ve got hundreds of actuaries. One of them can do this work for the profession and work on thought leadership.’ Personally, I think that would be a good outcome of all of this.”

The ARG’s Friday Reports always end with a light-hearted story, in a section called ‘And finally’. In its 60th edition in February 2022 – the Friday Report’s ‘Diamond Jubilee’ – the group shared the tragicomic tale of a manufacturer that produced 10,800 teacups to commemorate the Queen’s Platinum ‘Jubbly’. It seems fitting, then, to end this interview on a lighter note.

Which of these statements is true? *

This article appeared in our April 2022 issue of The Actuary.
Click here to view this issue
Filed in
Interviews
Topics
Risk & ERM
Health care
Modelling/software