UK pensioners are facing a ‘rollercoaster’ ride during the next few years with a cash squeeze followed by a record rise, according to latest calculations. 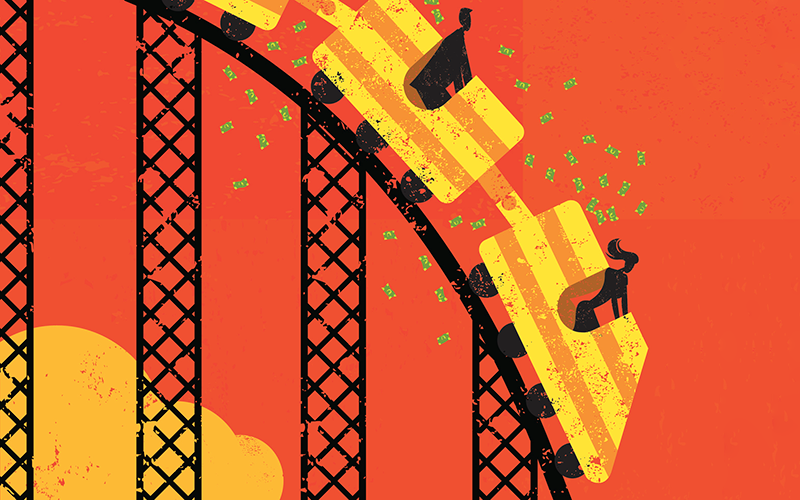 State pensions are set to rise by just 3.1% this April – less than half the rate of inflation – with the Spring Statement measures offering little help for most pensioners, LCP has argued. By contrast, in April 2023, the state pension rate will reflect the surge in inflation, with the Office for Budget Responsibility (OBR) forecasting a 7.5% increase; this will add more than £10 per week to the basic state pension and over £13 to the new state pension, which LCP said would be “the biggest cash increases ever”. A further increase in 2024, forecast by the OBR to be 3.4%, will take the new state pension through the £200-per-week mark.

However, LCP added that the next 12 months are set to be “one of the toughest on record for many pensioners”, with the main help coming from the already-announced £150 cut to council tax bills for those in properties in Bands A-D. They will also get £200 off energy bills in the autumn, but this will have to be repaid over the following five years.

The Spring Statement offered “little new hope” for pensioners, said the firm, with National Insurance changes offering “nothing to retired pensioners”, while the 5p fuel duty cut will mainly benefit those in work and who drive regularly. LCP said the one additional source of help which may be relevant to struggling pensioners is the extra £500m for local authority “hardship funds”.

“Pensioners are set to face a financial rollercoaster in the coming years with a tough squeeze this year followed by a catch-up next year,” said LCP partner Steve Webb. “The Spring Statement will have been a big disappointment, and some pensioners may find themselves having to apply to their council for hardship funds simply to make ends meet.

“But next year should see the biggest ever cash rise in the value of the state pension, as pension rates catch up. The problem is that ‘jam tomorrow’ will not pay bills today.”