Ringing the changes on skillset requirements 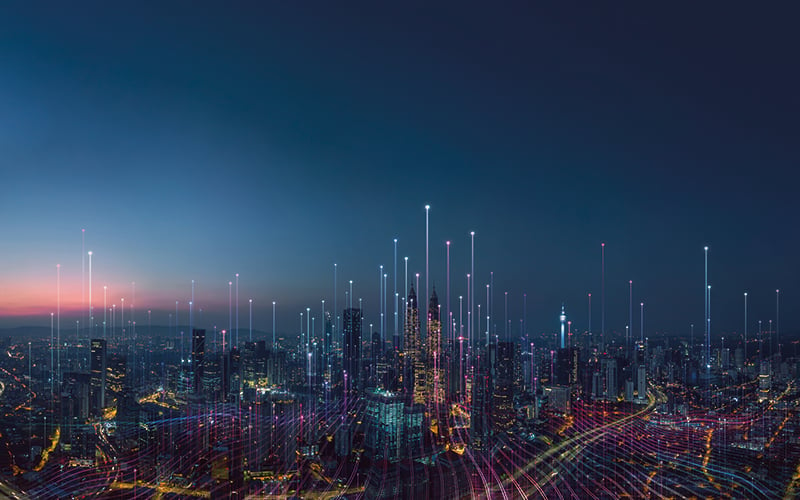 Professor Richard Susskind has an anecdote about how a profession can be wrong in the face of fundamental change.

An international expert in professional services with a speciality in how IT and the internet are changing the work of lawyers, he caused a storm in 1996 with his book The Future of Law.

“One of its major themes was that email would be used extensively across the profession,” he told a gathering of Oxford University academics. “I suggested that the dominant way lawyers and clients would communicate in the future would be via email. The Law Society at the time said I shouldn’t be allowed to speak in public and that I was bringing the profession into disrepute.”

The rancour now seems as ridiculous as those Victorian warnings that locomotive trains would melt the human body at high speeds. Yet Susskind developed this theme with his son Daniel, an Oxford University fellow in economics, in their book The Future of the Professions (a new updated edition of which will be published shortly). This suggested two alternative futures.

The first is ‘reassuringly familiar’, according to the younger Susskind, with professionals working as they have done since the middle of the 19th century, using technology to streamline and optimise their tasks, rather like email.

The second is more disconcerting. “Increasingly capable machines won’t streamline the way professions will work but actively displace them,” he says. “We expect the second future to dominate, and that will mean a dismantling of the professions.”

These ‘capable machines’ are already with us. For example, eBay’s online resolution service already handles 60m disputes a year without a lawyer – that’s 40 times the number of civil suits filed in the England and Wales justice system.

Daniel Susskind says the shift from a print-based industrial society to a technology-based internet society has left the professions ‘creaking’. So how are they responding?

Sarah Hutchinson, who joined the IFoA as lay chair of its Board of Examiners earlier this year, says several trends are forcing professions to maximise their value. “The things we were trained to do and spent a huge amount of our early careers doing can now be executed at the press of a button – and done much more effectively by a computer than a human,” she says.

“We’ve also had to change how we communicate; 20 years ago professionals would often send reports that were incomprehensible, full of technical jargon, and had no advice or conclusion. If you are in a commercial environment advising shareholders, they want to receive a report that isn’t just technical but is presented in a way that is readable and gives a snapshot. We have to be accessible and understandable. If we use technical language, we have to explain it.’’

Hutchinson works closely with the International Bar Association, and points to its recent research showing that, globally, clients and professions want a broader range of competencies that go beyond technical skills. “We live in a society where the consumer is king. Professionals are having to become more customer-focused, not just in terms of interpersonal skills but also in how we deliver services.’’

“As entire industries adjust, most occupations are undergoing a fundamental transformation. Jobs are going through a change in the skillsets required”

These changes are leaving futurologists to ponder what skills and competencies future generations of professionals will need.

The World Economic Forum’s (WEF) report The Future of Jobs takes a detailed look at the trends affecting work. It says: “As entire industries adjust, most occupations are undergoing a fundamental transformation. While some jobs are threatened and others grow rapidly, existing jobs are also going through a change in the skillsets required to do them.’’

According to the McKinsey Global Institute, three skillsets will be in demand:

Forbes develops this further, identifying the 10 skills that will be necessary for the future of work. While professionals may already be aware of some, such as analytical thinking, decision making and leadership, others may be less familiar; for example, emotional intelligence – the ability to have empathy, integrity and to work well with others – which can’t easily be replicated by a machine, and active learning with a growth mindset, which embodies nurturing professional growth by building skills, taking on new challenges and not being deterred by setbacks. The final skill Forbes highlights is perhaps the most critical: a willingness to embrace change. The speed of change in professions is only going to accelerate. Adaptability and flexibility will therefore be essential if people are to embrace change and view it as an opportunity to develop and thrive.

The impact on actuaries

What does this mean for professionals such as actuaries? The WEF’s report highlights that upskilling today’s professionals will be critical. It is not sufficient to just wait for the next generation to become qualified; instead, businesses need to take an active role in supporting their professionals now, and as working lives get longer, individuals must adopt a proactive approach to learning throughout their careers.

Deloitte’s research in this area has found that, alarmingly, the half-life of professional skills has dropped from 30 years to just six. The imperative to ‘upskill the skilled’, as well as appropriately qualifying those entering the professions, therefore becomes stronger and stronger.

The current pace and scale of change can sometimes seem overwhelming, but it’s important not to succumb to pessimism.

As the WEF puts it: “The current technological revolution need not become a race between humans and machines, but rather an opportunity for work to truly become a channel through which people recognise their full potential.”

Future articles in The Actuary magazine will look at how professional bodies across the globe are helping members to address this ‘brave new world’, and how the IFoA’s commitment to career-long learning, starting from pre-qualification, will support members in achieving successful and sustainable careers in these rapidly changing times.

Huw Morris is a freelance journalist

This article appeared in our December 2021 issue of The Actuary.
Click here to view this issue
Also filed in
IFoA News
News