Oliver Warren and Mark Irwin explain the important future role of variable defined contribution pensions in the Netherlands, and their potential application elsewhere 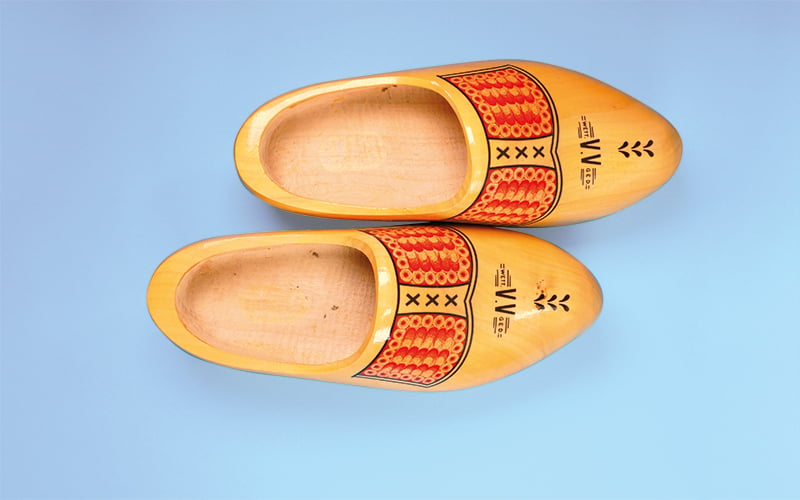 The Dutch pension market is going through a period of change. Before 2016, the only option at retirement for members of individual defined contribution (DC) pension schemes was the purchase of insured fixed annuities, unless it was possible to convert the DC pot into a pension within an associated defined benefit (DB) scheme. Variable DC (VDC) pensions now provide another option and, in broadly the same form, will also play an important role in the current wider reforms of Dutch DB pensions.

Known as doorbeleggen, which broadly translates as ‘continued investment’, VDC pensions have the potential to provide a higher pension income than an insured fixed annuity, while retaining the security of income. Enhanced income is possible due to two things:

This is no free lunch. Continuing to invest after retirement comes with the risk of pension income variability, depending on how much investment risk is taken. On the other hand, the risk involved in purchasing an annuity at a single point in time is not present.

The security of income for life is underpinned by a mechanism in which pensions are calculated at each re-evaluation point, and through pooling or insuring the longevity risk of the membership.

A fundamental feature of VDC pensions is the sharing of longevity risk. While members may continue to see a capital value for their pension pot after retirement, the remaining pot (or part of the pot where a partner pension has been chosen) transfers to the collective when they die and is distributed to other members in the form of survival bonuses. This helps ensure lifelong pensions can be paid.

In the early years of VDC pensions, pooling longevity risk among a relatively low membership count is not feasible due to high variability in the collective mortality rate, resulting in volatile survival bonuses. Instead, longevity risk can be insured until the membership is large enough. Mortality swaps could also be used to smooth the survival bonuses, although this would represent an additional cost. For individual DC schemes connected to larger DB schemes, the longevity risk can be self-insured by the DB scheme.

The law stipulates how a VDC should be administered, and the options available. Pensions must be re-evaluated at least once a year, considering the effects of investment returns, changes in interest rates, mortality experience and future mortality assumptions. The member is assigned a new capital value that, when divided by a newly calculated annuity rate, determines the pension for the next period.

There will be differences in the way providers make adjustments. In one example, the capital value at the end of the period is derived from that at the start of the period by adjusting for net investment returns, deducting pension paid over the period, then multiplying by a single life survival bonus factor F:

Px is the probability that the member survives over the period,

is the expected survival bonus factor for the member, and the last ratio is the correction factor for the actual mortality experience across the population. The resulting capital value is divided by a single life annuity rate to derive income for the next period.

It is also possible to provide that, if a member dies first, a partner pension will be payable, usually at a reduced rate (for example 70%). A joint life survivor bonus factor would then be used along with an annuity rate with provision for the partner pension.

New mortality tables can be introduced when appropriate. In the Netherlands, these are normally based on the AG tables, produced by the Royal Dutch Actuarial Association and updated biennially.

The re-evaluation procedure creates potential for variation in pensions each period, but providers can mitigate this in several ways:

Providers can offer pensions based on annuity factors that assume some outperformance over the risk-free rate, for example 1% each year. In this way, a higher initial income will be payable under the assumption that investments will outperform sufficiently to maintain, or better, the expected level of income in the long term.

The maximum permitted reduction in calculating annuity factors is 35% of the difference between the assumed equity return (stipulated by a government-appointed commission) and the risk-free rate.

VDC pensions are now offered by various Dutch pension providers, including company and industry-wide occupational pension funds, multi-employer schemes and insurers. Pension scheme members may transfer to a VDC provider at retirement, particularly if their existing provider does not offer VDC pensions. Many make this choice earlier, with providers offering pre-retirement glidepaths that target a VDC pension rather than a fixed annuity. Members can also choose to split their pension pot at retirement, combining a VDC pension with a fixed annuity, tailoring the pension to their needs and risk preferences.Some providers offer more than one investment strategy in retirement to allow for different levels of risk aversion, but members do not have free choice of investment.

The VDC pensions market is growing, although limited by whether providers offer them and whether they are the default option. A recent report by the Dutch financial regulator, the Authority for the Financial Markets, identified 12 DC providers offering variable pensions.

In 2019, 6% of members of individual DC pension schemes chose a variable DC pension rather than a fixed annuity; this is expected to increase to over 10% in 2023.

As mentioned, the market for VDC pensions is also expected to grow because of the DB pension reforms being planned, in which the VDC pension model will play a key role.

VDC pensions offer an attractive alternative to insured annuities, which had become unpopular due to perceived high costs and the low interest rate environment. In exchange for a potentially higher income, the individual must accept the risk of some income level volatility.

Compared with income drawdown, a VDC pension provides the certainty of lifetime income, at the expense of flexibility and capital to pass on after death. For UK pension schemes of sufficient scale, VDC pensions may offer an interesting model for offering lifelong incomes in a low-cost, efficient manner, given legislative backing.

Mark Irwin is an actuarial adviser and chair of the Expertise Centre at TKP Pensioen, part of Aegon

This article appeared in our November 2021 issue of The Actuary.
Click here to view this issue
Also filed in
General Features
Topics
Investment
Risk & ERM
Pensions