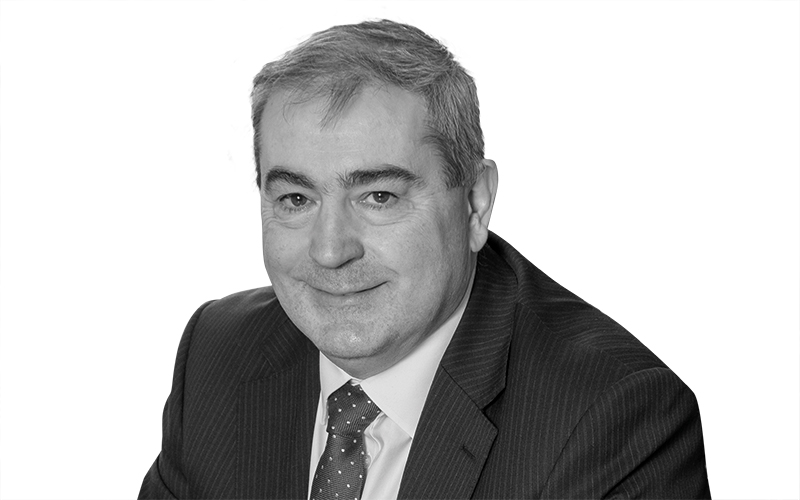 By Alan Rae and John Pollock

It was with much sadness that we learned of the premature passing of Jim Galbraith. He died suddenly in April 2021 at the age of just 58, leaving family, friends and colleagues devastated.

Jim attended Greenock Academy before studying actuarial mathematics and statistics at Heriot Watt University. He graduated with first class honours in 1984 and qualified as a Fellow of the Faculty of Actuaries in 1986, also completing an MBA at Warwick University.

Jim began his career in marketing and IT at Scottish Life, moving to City of Glasgow Friendly Society (now Scottish Friendly) after qualifying. He progressed through increasingly senior actuarial roles, and in 2017 was appointed chief executive – the position he held at the time of his death. In his 33 years with Scottish Friendly, Jim was instrumental in developing the marketing strategy that contributed to the company becoming Scotland’s biggest mutual insurer. Last year he was named Director of the Year at the Institute of Directors Scotland Awards, and earlier this year he was awarded Protection and Investment Services – Leader of the Year at the CEO Today awards.

“Jim Galbraith has been at the heart of Scottish Friendly’s journey for 33 years,”said the company. “His faith in the people he worked with had no limit. He was a truly inspirational leader, greatly admired by his Scottish Friendly family, friends and colleagues in an industry he was passionate about. Jim’s wisdom, presence and dry wit simply stood him apart. He will be sadly missed by all of us.”

Close friend and colleague Neil Lovatt described Jim as a “gentle and kind soul” who was “invariably the wisest person in the room”. Jim’s brother Ian, meanwhile, said: “We will remember him as incredibly bright, incredibly kind and incredibly funny.” He will be sorely missed by his family and his many close friends and colleagues.

Read a longer version of this obituary at bit.ly/Obit_JimGalbraith 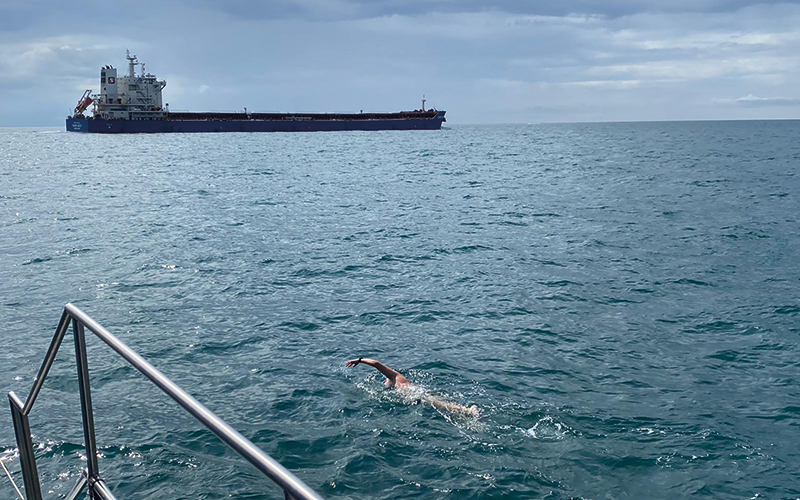 Hugh Sellars, an actuary working at Aviva, has successfully completed a solo swim of the English Channel for charity. In doing so he raised more than £5,000 (so far) for the MS Society and Marie Curie. Marie Curie provided invaluable support after his mother was diagnosed with terminal cancer on her 88th birthday, and the MS Society carries out vital research into treatments for multiple sclerosis,a debilitating illness affecting more than 130,000 people in the UK, including Hugh’s sister Tara.

Hugh completed the swim on Tuesday 3 August at 11:15pm, with an official time of 17 hours and 14 minutes – close to his estimated 18 hours. The day came off with no major incidents, although it was choppy at times; Hugh joked that he “made a bit of a meal of my feeds (excuse the pun!) as waves of seawater often poured over my food”. He suffered two very mild jellyfish stings, but had no other encounters with marine life.

Hugh would like to thank everyone for the overwhelming response, and the support of all on board. The swim was arranged through the Channel Swimming and Piloting Federation, with the support boat High Hopes.

If you would like to support Hugh in his efforts, visit bit.ly/HughSellars. Any sponsorship amount would be greatly appreciated; the money raised will be split 50:50 between the two charities. 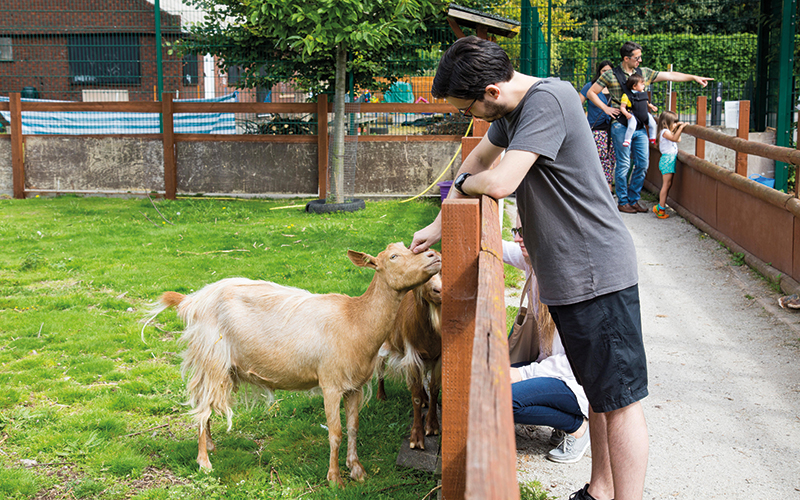 On Wednesday 4 August, the WCA Master, wardens and clerk, plus a supporting work-gang of liverymen, freemen and family members, came to the aid of Spitalfields City Farm. Under glorious sunshine they cleared and levelled a path to make it wheelchair accessible, tackling overgrown vegetation that had built up over lockdown, during which the farm had lacked its regular flow of volunteers.

Lockdown also saw the accumulation of a ‘manure crisis’, and this needed to be transferred across the site. Relays of company members tackled this with gusto – supported by analysis that quickly determined the optimum ratio of shovels to barrows, and fortified by chocolate brownies. Meanwhile, the Master’s consort improved multiple ramps, benches and assorted fencing, and even managed to fit in some painting. We wrapped things up with a ‘plum’ job – namely harvesting Mirabelles from a couple of huge trees.

We were all singularly impressed by the importance of the farm to the local community; it was full of visiting families,and was also in use for yoga and creative writing classes.

We learned that the farm – which is free to access and one of the few green spaces in the area – is entirely dependent on its regular and occasional volunteers.

The satisfaction of a job well done was reward enough, but we also had time to browse the vegetable plots and get to know the farm’s rare breed chickens, ferrets, sheep, goats and donkeys, as well as Holmes, the Kunekune pig. A couple of

us were even privileged enough to catch a brief glance of one of the site’s great crested newts. All in all, it was a truly satisfying day that left the company tired but happy. 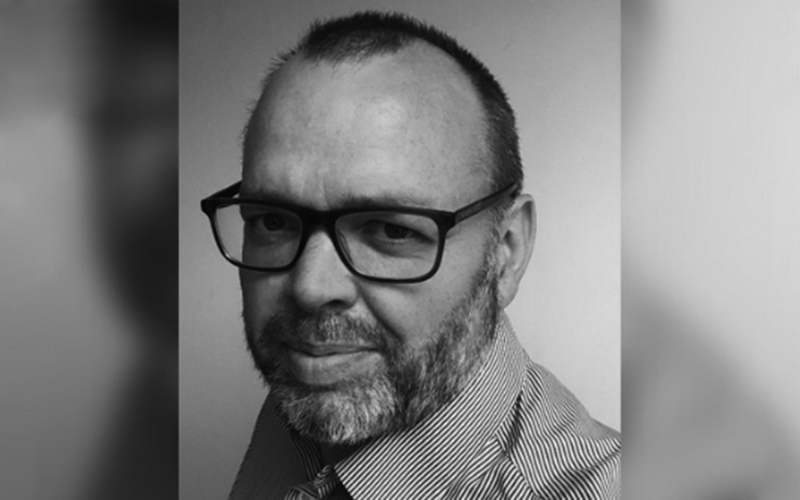 Aitchison joins the UK life insurance arm after five years as financial risk director at Royal London Group, where he oversaw financial and insurance risks and helped develop actuarial and capital aspects of the risk appetite framework, as well as embedding and developing the Solvency II internal model. Prior to that, he was at Prudential for 15 years in a range of product pricing, capital, projects and financial reporting roles, including the launch and development of the PruProtect business. 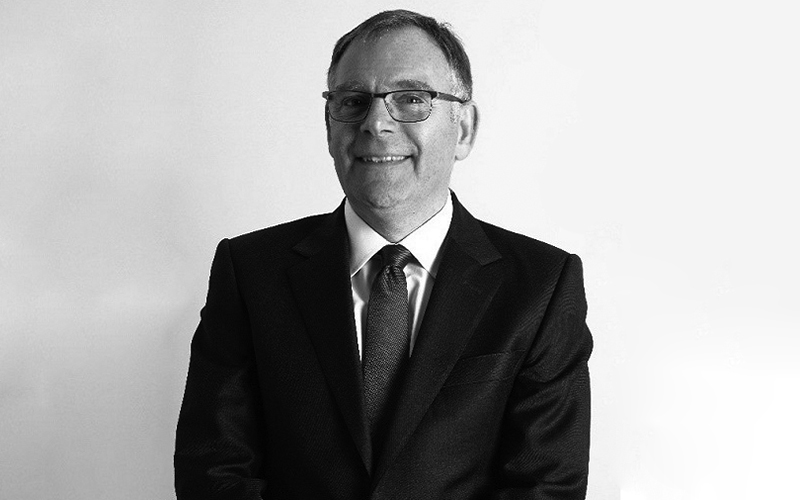 The Government Actuary’s Department (GAD) has appointed Les Philpott as non-executive director and Management Board chair.

and charity sectors. He has a background in public management at senior executive levels. He was formerly chief executive at the Office for Nuclear Regulation and has held senior positions at the Health and Safety Executive. Philpott will join GAD’s Management Board immediately and will succeed Geoffrey Podger as chair in November. 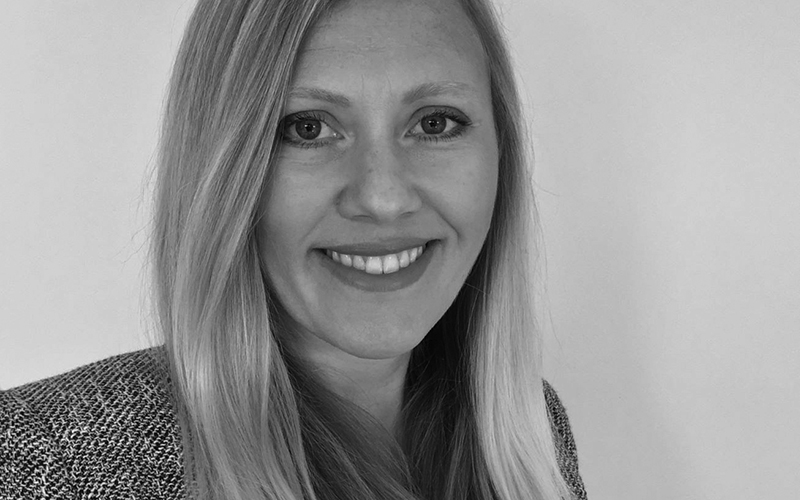 She will play a major role in driving business growth. An award-winning actuary, de Valois brings more than 20 years’ experience in the pensions industry. Previously, she has held senior roles at firms including Western Pensions, Star Actuarial Futures, Schroders and Mazars. 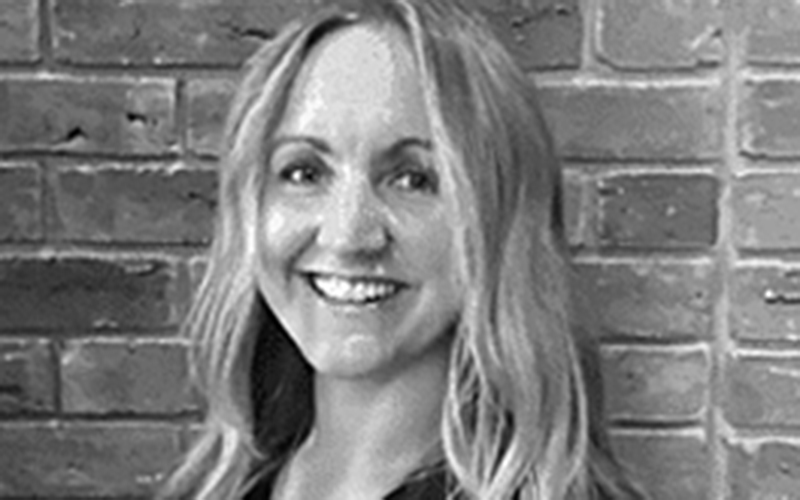 Dalriada Trustees has appointed Jessie Wilson as a professional trustee.

Wilson joins from Baillie Gifford, where she was a director in the firm’s US financial intermediaries team and also previously held the role of client services manager. She began her career at HSBC Actuaries & Consultants as an actuarial analyst, and brings 15 years’ experience to the role. Based in Dalriada’s Leeds office, the appointment is expected to further strengthen the provider’s UK network. 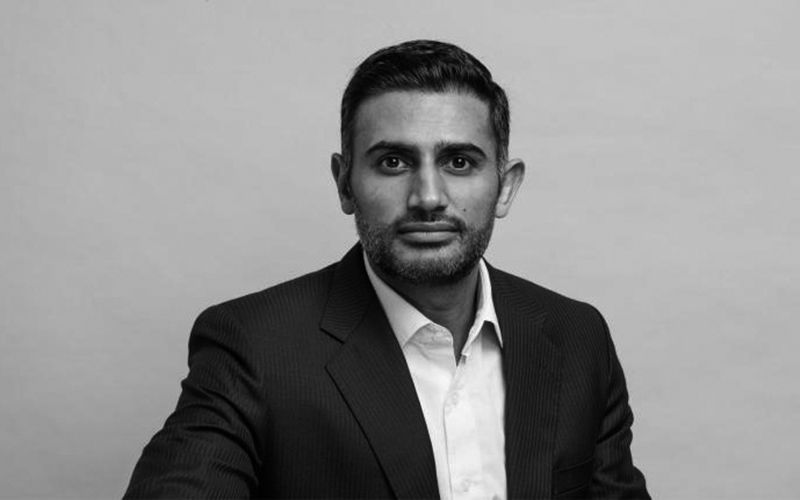 Liberty Mutual Re (LM Re) has appointed Hetul Patel as its new chief actuary, reinsurance.

Initially based in Singapore, Patel will relocate to Cologne, Germany later this year. Patel will be responsible for driving actuarial insights to help LM Re meet its strategic objectives, and will lead the Reinsurance Actuarial team, which provides pricing, reserving and capital support. He joins from ActuariesOnTap (AoT), where he was director, non-life consulting. Prior to AoT he was chief actuary at Asia Capital Re.He has more than 15 years’ of experience in the insurance industry.

We would be delighted to hear from you.If you have any newsworthy items for these pages, please contact us at: [email protected]

This article appeared in our September 2021 issue of The Actuary.
Click here to view this issue
Also filed in
People & Social News