Road testing: machine learning and the efficiency of fraud detection 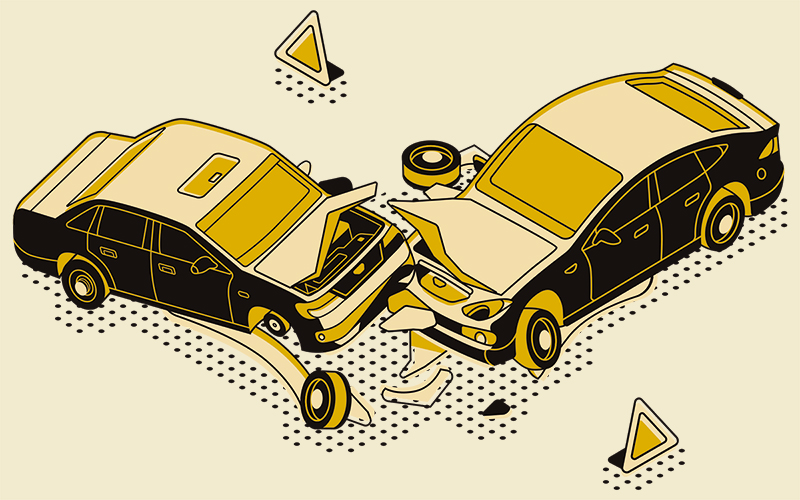 Fraudulent claims are a significant cost to personal motor insurance products, typically increasing the combined ratio of the insurer by 5%-10%. Traditionally, firms would use expert judgment algorithms to decide which claims would be investigated for fraud. We set up a machine learning pipeline to help optimise processes in the Fraud Management Unit (FMU), to reduce the cost of fraudulent claims. Using data science techniques, we focused on reducing costs and increasing the efficiency of fraud detection processes by concentrating fraud investigation efforts on claims that were more likely to be fraudulent. Organisations would benefit from:

The training and testing data was from past fraud cases, and we tested various statistical and machine learning models for predicting fraudulent claims. The conclusion was that three particular models, in combination, yielded the best predictions. Future monitoring will be an important element of the process, as it will guarantee the sustainability of the work by ensuring the framework remains up to date and fit for purpose.

Before exploratory analysis or modelling was performed, an extract, transform, load (ETL) process was set up for data preparation and cleansing. Building the ETL took up most of the project time, but making it flexible and easy to use will be beneficial for future calibrations, and the time invested here will pay dividends by increasing the speed of processing in future recalibrations.

The above findings were discussed with the FMU and validated for reasonableness. The FMU provided additional possible risk drivers, but the analysis only supported the smaller set above. However, the FMU’s expertise was key, and other drivers that emerge in the future could be incorporated into the model if the data supports this.

Only supervised learning algorithms were considered appropriate in this case and, since the response variable was binary, we decided to approach this problem as a binary classification problem, with the model predicting two classifications: Fraud or Non-Fraud.

Taking into consideration the results of our preliminary analysis and our choice of response variable, we opted to test logistic regression, classification tree and gradient boosting (XGBoost) algorithms, as well as an ensemble model that combined all three methods.

The data available to us for this exercise was split into three sub-samples:

We fitted the four models and then compared them using different measures to determine which one offered the most predictive power for fraud detection. Figure 1 shows the model predictions compared with the actual fraud rate for the out-of-sample data, and the measure of the time taken to report the fraudulent claim from the beginning of the policy – which turned out to be the most important variable in the models. The bars represent the number of claims in each 50-day period. We can see that all models capture the fact that the earlier reported claims are more likely to be fraudulent. The decision tree method is less smooth than the other methods and does not decrease sufficiently after the first two periods.

To be able to compare the four models and decide on the most appropriate one, we used the ‘area under the ROC curve’ metric, which is standard practice in such cases. A receiver operating characteristic (ROC) curve is a graphical plot that illustrates the diagnostic ability of a binary classifier system as its discrimination threshold changes. Table 1 summarises the performance of the fitted models in the three data categories (training, validation and testing). The most appropriate for decision-making is the final test data category, because this is an out-of-sample test based on data not used in the calibration.

We observe that the ensemble model is not ranked first in the training set, but it offers better performance for the validation and test sets. We can thus conclude that it is the best fraud detection model in this scenario.

In addition to the ‘area under the curve’ performance metric, we analysed the confusion matrices for the four models, to further evaluate models and extract additional information about their performance on the test set. By confusion matrix, we refer to a table used to describe the performance of a classification model on a set of test data for which the true values are known. A 5% cut-off point was considered for the probability of fraud at this stage.

From model to decision making

For the practical implementation of the model, operational use by the FMUs and subsequent use for decision-making purposes, two threshold levels will have to be determined, as mentioned above: an upper threshold that initiates anti-fraud actions, and a lower threshold for determining whether to investigate or fast-track.

When determining the upper threshold level, we considered how to minimise the number of claims wrongfully classified as fraud (false positives). False positives could adversely affect the company’s reputation and customers’ satisfaction.

When choosing the level of the lower threshold, we considered FMU operational capacity and the number of claims that the FMU can investigate daily. A higher proportion of claims being classified in the category below the lower threshold could also attest to lower operational costs and a more pleasant customer journey. The current FMU’s monthly operational capacity allows for 150 claims to be investigated, on average. As shown in Figure 2, the claim investigation capacity corresponds to a cut-off probability of fraud of 2%.

Furthermore, considering the precision level at several cut-off points, as shown in Figure 3, it was observed that its value is maximised at 23% probability of fraud – meaning this is the point at which we are most confident that the detected cases are fraudulent with the highest probability.

Based on the above considerations, we set thresholds and respective actions in Table 3. The FMU received a claim fraud score and, based on that, took appropriate actions. Based on the choices in Table 3, we could achieve accuracy of 93.5% at the 2% cut-off point and accuracy of 99% at 23% cut-off.

Once the model is in production, a monitoring framework should be set to allow us to identify performance drops that would trigger model recalibration or redevelopment. For that, we will need to compare actual vs. predicted fraud rates on a standard basis. This process can be automated and presented on dashboards. Once more data is available, we will be able to assess the interaction of different dimensions to the time factor, to reassure time consistency of the patterns.

We have seen that the traditional rule-based approach can be blended with a machine learning pipeline in order to benefit FMU operations. Existing fraud case data can be modelled using different methods, and the predictions used to optimise the FMU operations. Monitoring can then be used to assess the effectiveness of the model and initiate feature recalibrations. The overall benefit of setting up this process is a reduction to the combined ratio through more fraud being identified and the possibly the pushing back of feedback to underwriting.

Nefeli Pamballi is a senior consultant at EY

Phanis Ioannou is a risk modelling manager at RCB Bank