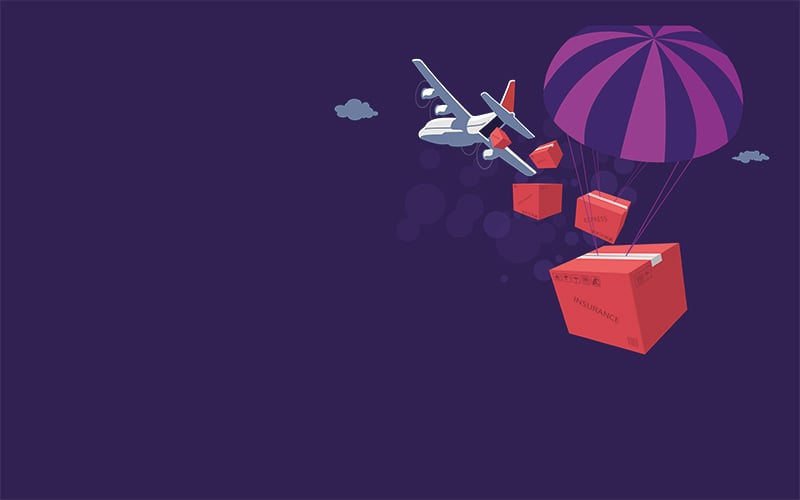 Pioneer Life’s foray into what is now globally referred to as microinsurance began in 2007, led by the concept of ‘sachet insurance’ – sachets being associated with fast-moving consumer goods offered in small and affordable packets. Today, after almost a decade and a half, we have charted some successes and a few failures.

Just 2% of the Philippines’ 109 million people belong to the rich and upper-income levels, while 76% – approximately 83 million – belong to the middle, lower-middle and low-income sectors (Figure 1). The remaining 22%, or roughly 24 million, live in poverty. It is these millions of Filipinos who need insurance the most.

With 76% of its population classified as mass market (including 63% as micro market), the Philippines is a prime market for microinsurance – yet many Filipinos consider insurance an unnecessary expense, rather than a safety net. The insurer’s biggest challenges is often the idea that insurance is expensive, quick to collect yet slow to pay, highly technical and riddled with complicated fine print.

Do we understand our market?

Early attempts were characterised by a seemingly unending array of challenges. These led to a series of trials and errors in product design, pricing, enrolment and claims processes – all initially anchored on a misplaced understanding of the customer. The early days were also memorable for the year and a half it took to obtain approval of the two initial products. While Insurance Commission leadership was actively pushing for microinsurance, a key consultant in product review had a hard time accepting the new concepts involved in microinsurance.

The first product was a savings-cum-insurance product in the guise of a comic book that taught children money smarts. Every purchase of the comic book came with a code that, when activated, would add value to the child’s savings and insurance account. The outcome was not what we expected. The series saw good sales as a comic book, but failed as a tool for furthering the cause of savings and insurance. Only a small percentage of users activated the ‘free cover’.

This was a costly, but much-needed, lesson: no matter how well a company thinks it knows its market, success is far from guaranteed if it does not go out of its way to understand the customer. A company must ascertain the customer’s needs, preferred approach and channel of distribution.

In 2009, Pioneer Life appointed a dedicated microinsurance champion. This eventually led to the creation of a team of young people tasked with scoping the market, understanding customer requirements, building distribution partnerships and developing the products. Getting out of the office and into the field became an early habit. What better way to learn about the target market than to immerse ourselves in their daily lives The insights generated on the way people live and work, how they earn, and what they need and prefer, were invaluable for what became a conscious pursuit of customer-centricity.

One key confirmation was that the micro market had a sceptical view of insurance – so we needed a way in. Which existing organisations and entities did the market already frequent and trust? Did they share our values? Could our insurance products complement what these organisations already represented and offered?

Increased knowledge of this new market came with our realisation that it was vital for us to be able to learn and recalibrate. Product development was steered towards affordable, accessible, easy-to-understand and simple-to-claim offerings, developed and delivered with the customer at the forefront of our mind.

The company’s early and lasting partnership with the country’s largest microfinance institution provided a defining challenge. Recognised for its effectiveness with the micro market, CARD MRI proposed for us a bundling of basic life and personal accident products, covering property damage arising from fire, flood, typhoon and earthquake. Initial pricing for annual cover would be US$5, with a commitment to settle claims in five days or less.

Taking up the challenge meant unlearning almost everything we had learned until that point. It required a departure from ‘what was’ to ‘what could be’, and a shift from being a company to being a partner with a customer focus. Initial coverage amounts were determined by finding the overlap between the US$5 price point and what would be deemed a reasonable amount to help claimants start over. This helped us manage our bottom line. Instead of hiring the usual adjusters, partner staff ​were trained to inspect, assess and validate to get claims processing off the ground. This challenge also required us to make everything about the product simple to grasp, to help build volume.

This was greenfield territory with no rulebook, and a leap of faith – from both the board and those engaged in pursuing microinsurance – was also necessary.

The past decade has seen partnerships forged with more than 100 institutions and entities. These include mutual benefit associations, co-operatives, microfinance entities, pawnshops, remittance companies, shopping malls and motorcycle distributors. We have worked with these partners to earn the market’s trust, especially through claims processes. Today, most claim settlements are realised between 24 hours and five days from claim submission. Regulatory guidelines require 10 days. Even for enrolments, the once-lengthy application process has been whittled down to an average of seven information fields.

Low premiums require large volumes to be viable, but building scale takes time. The first seven years were a period of steady increments. Our first full year of microinsurance was 2008, and we closed with 28,760 enrollments and US$100,000 in premiums. In 2013 and 2014, a series of major typhoons (including Typhoon Haiyan – one of the strongest ever to hit the Philippines) and a strong earthquake led to loss ratios of 51.8% and 144%, respectively.

Those years also provided the best opportunities for us to prove the value of insurance. During Typhoon Haiyan, a claims team was dispatched as soon as possible to validate, process and pay claims quickly. With a tarpaulin and a table set up in an area frequented by partners and clients, our team was ready to take in claims. To enable quick settlements, we considered and accepted alternative supporting evidence, not just the standard government-issued documents. These could be signed statements by a partner or the local district official attesting to information that would be contained in more formal documentation, but which would take too long to produce due to the prevailing situation.

Claims overtook premiums, but this would prove to be our tipping point. Record claims of more than US$7.5m in 2014 stood as a testament to the role that insurance could play in rebuilding lives. Through word of mouth, enrolment more than doubled the following year. The continuous settlement of claims was proof that insurance works, and that the insurer was reliable. This won us new partners and further exponential increases in enrolment. In 2015, from a base of 950,000, enrolment jumped to 7.8m, while annual premium income increased from US$5.2m to US$10.9m. In the same year, claims reached US$3.8m.

Our setbacks became our most important lessons. While some question the adequacy of microinsurance coverage, we learned that the low-income sector cannot afford full coverage. The magic numbers have proven to be the intersection between affordability and the ability to start life again.

Insurance as an industry has long been driven by the pursuit of size and numbers. Many have forgotten the values on which insurance was founded – to protect what matters in life, and to provide continuity. Building a team of young and earnest individuals, devoid of baggage, allowed us to explore, adapt, attempt and learn.

As the focus shifted to customers, claims became the strongest articulation of the products’ value proposition. Where pricing is concerned, the talk is no longer whether a product is cheap or expensive, but rather whether it is affordable and practical for the target market. For example: are payment terms aligned with the timing of payday?

When one-on-one selling didn’t work, distribution through trusted partners was pursued. The result is a wider reach, a healthier profit-loss ratio, more relevant products and, most importantly, increased consumer confidence in insurance. When the pandemic hit, operations continued through a blend of technology and the personal touch. To facilitate claims processing, the mobile phone became the most convenient and effective tool for conducting interviews and capturing videos of damaged properties. Submission of other requirements were done via messenger or the messaging/calling app Viber. At the height of lockdown, more than 70,000 customers made inquiries about how they were going to renew and pay for their insurance, given that the usual channels were unavailable. This reflects a growing insurance consciousness.

During 2020, along with the COVID-19 pandemic, the Philippines experienced a volcanic eruption, several earthquakes and numerous typhoons – reminders that natural calamities do not take a break, and that exposure to risks is ever present. While insurance is not the answer to every problem, it is often a cost-effective solution for those who need it most. To win over more believers, it must remain inclusive and relevant. And so to the question – is there a business case for microinsurance? The answer is yes. For it to work, though, one must go beyond the business case.

Lorenzo Chan Jr is president and CEO of Pioneer Life Inc, the life insurance arm of the Pioneer group of companies in the Philippines, and chair of the Microinsurance Network

This article appeared in our June 2021 issue of The Actuary.
Click here to view this issue
Also filed in:
General Features
Topics:
General Insurance