Weighing the options of PPOs

Peter Towers and Justin Thomas explain the falling popularity of PPOs in claim settlements, and their implications for insurers 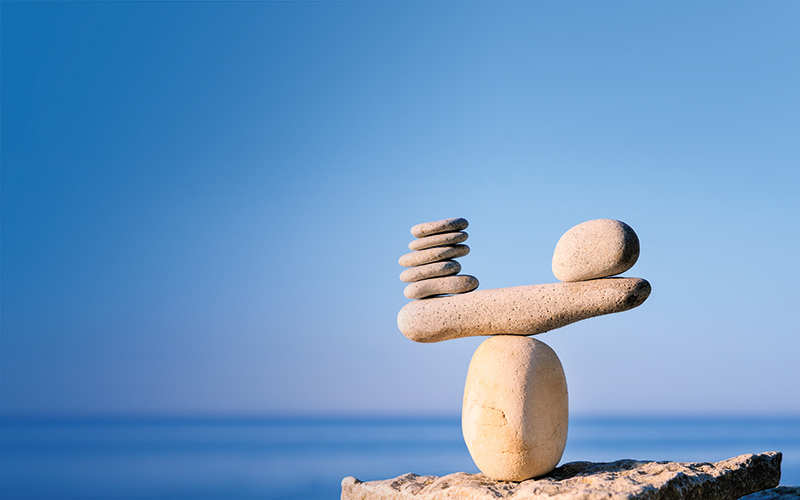 New finance director to general insurance actuary: “What’s this on our balance sheet – settled claims involving 80-year investment and mortality projections? It looks more like a pension fund than general insurance! Do you know how much it costs to hold capital for that long!”

Reply: “That would be the PPOs.”

Periodical payment orders (PPOs) are a way of settling claims when someone is very seriously injured and has consequent long-term care needs. The situation may be a result of brain or spinal traumas suffered in a motor accident, for example.

PPOs are an alternative to settlement by way of a lump-sum payment. With a lump-sum settlement, the claimant receives a cash sum today that is the present value of the estimated financial losses that the individual is expected to suffer due to their injuries – notably, the future cost of care. Under a PPO, rather than paying a lump sum in respect of future care costs, the insurer will make regular payments of a specified amount, typically indexed to care worker wage levels, for the claimant’s lifetime.

The ultimate decision on whether a large claim is settled as a PPO or lump sum rests with the courts, although claimants and their lawyers may choose to settle on their preferred basis out of court.

The rise and fall of PPOs

PPO settlements rose to peak popularity in the period 2010-12, but use has since fallen markedly (Figure 1).

Reasons that have been cited for the attractiveness of PPOs in their early years include:

However, despite their inherent risk-reducing attractions, PPOs subsequently became less popular. Why?

Possibly, as memories of losses incurred during the global financial crisis faded and market confidence was restored, the prospect of ‘outperforming’ a PPO, via shrewd investment of the lump sum, came to the fore. Perhaps claimants became less willing to be reliant on an insurance company over such a long period, too.

And, of course, PPOs are not chosen in a vacuum: the size of the alternative lump sum is a major influence. This, in turn, depends on the basis upon which the lump sum is calculated. In the UK it is driven by the personal injury discount rate, commonly known as the Ogden discount rate (ODR), which is used to calculate the present value of the expected future compensation amounts.

In 2017, the ODR changed from 2.5% to –0.75% (except for in Northern Ireland, where the rate remained unchanged). This significantly increased the calculated lump sum and clearly drove a fall in PPOs at that time. In 2019, the ODR was subsequently revised again in England and Wales, to –0.25%.

When are PPOs part of the settlement mix?

Analysis of PPO data shows that the higher the claim amount in lump-sum terms, the greater the proportion of claimants awarded a PPO (Figure 2). At these higher amounts, claimants will tend to be younger and/or more severely injured.

Settlement as a PPO rather than an alternative lump sum is presumably in large part due to worries about the lump sum ‘running out’.  There are several reasons why the lump sum might prove to be insufficient, including:

Understanding the drivers of the lump-sum calculation is important for claimants and their advisers. Fortunately, as part of

the ODR setting in 2019, the Government Actuary’s Department released details of the analysis they had undertaken, including the modelling of claimant lump-sum risk.

To quote from the Lord Chancellor’s statement at the time: “On the baseline assumptions, at a rate of –0.25%, the representative claimant as modelled by the Government Actuary has approximately a two-thirds chance of receiving full compensation [...] Such a claimant is approximately twice as likely to be over-compensated as under-compensated” (https://bit.ly/3fPSpSV).

Where does this leave insurers?

PPOs are a material issue for many UK insurers, and impact the pricing and capital modelling work of general insurance actuaries. Both PPOs and lump sums can represent a significant cost, with very serious claims sometimes stretching to £20m or more.

Whether the claim is settled as a lump sum or a PPO has implications for an insurer’s balance sheet and cashflow, as well as potentially for the investment strategies it adopts. Lump sums require an immediate cash outgo, with associated liquidity requirements. PPOs do not have the same immediate cashflow impact, but could create a significant strain on capital and solvency given the solvency capital requirement and technical provisions associated with a wage-inflation-linked annuity – albeit with potential diversification benefits accruing depending on overall liability profile. Each of the uncertainties mentioned (longevity, investment returns, wage inflation) remains an uncertainty for as long as the claimant lives.

In practice, excess of loss reinsurance helps address both aspects, with the liability usually spread across a panel of global reinsurers that are potentially better able to diversify and manage the risk. However, the use of ‘capitalisation clauses’ (whereby reinsurance claims are settled as a lump sum) and the indexation of ‘attachment points’ (the trigger points for reinsurance recoveries) mean that the insurer’s exposure is not always entirely mitigated.

PPOs represent a non-standard liability for a general insurer to administer and financially manage, including asset-liability management, and give rise to life insurance-type considerations that are outside general insurers’ typical areas of expertise.

The IFoA PPO Working Party has been at the forefront of market monitoring and research in this area for more than 10 years, providing practical support to practitioners, which we look forward to developing further in the years ahead.

Thanks to Patrick Tingay and Chris Francis of Willis Towers Watson for their important contribution to the working party in the collection and analysis of PPO information.

The views expressed are the authors’ own and do not represent the view of the Central Bank of Ireland or of Guy Carpenter.

This article appeared in our June 2021 issue of The Actuary.
Click here to view this issue
Filed in:
General Features
Topics:
Investment
Risk & ERM
General Insurance