Staying the course: how pooled annuity funds are proving an attractive alternative 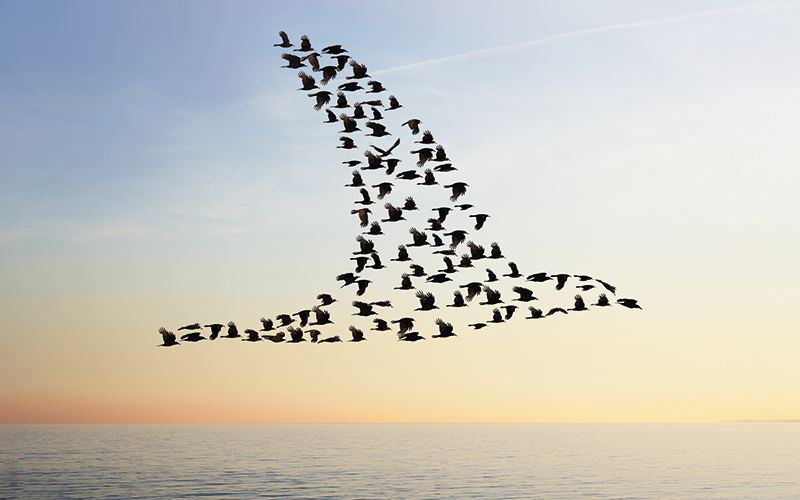 Pension freedoms, announced in March 2014, sent a shockwave through the UK pensions and insurance industry. Retirees no longer had to use their pension savings to buy a life annuity; few have since opted to do so.

Life annuities offer an income guaranteed for life, with no risk for the annuitant. For the alternative of income drawdown, the retiree bears all the risk – one of the largest risks being longevity risk. Savings must last for an unknown time. They may run out before death, or the retiree may have an unnecessarily penurious retirement by trying to conserve their savings. Pooled annuity funds provide a solution to this problem by pooling longevity risk between the participants, similarly to a life annuity. Longevity credits, which are the redistribution of the funds of those who have recently died, are paid regularly to all surviving participants.

Pooled annuity funds have two benefits over life annuities and income drawdown: they provide substantially better protection against running out of money in retirement than drawdown; and they can provide a higher expected income than life annuities, in return for accepting some fluctuations in that income. With no guarantee on the income, a higher return-seeking investment strategy can be followed and much less capital held.

To illustrate the benefit of longevity pooling, suppose each participant has an expected future mortality experience underlying the life table S1PMA. For a 70-year-old with an initial fund of £100,000, assuming zero future investment return, the pooled annuity fund can pay a lifetime income of around £6,500 a year (subject to certain constraints discussed later).

With income drawdown, the £100,000 could pay an income of £6,500 a year for only about 15 years before the savings would be exhausted. In order to extend the duration of the income, it would be necessary to take on investment risk in order to compensate for the absence of longevity credits. Indeed, the older the individual at the outset, the higher the investment risk that must be taken. This is because the longevity credits are proportional to the probability of death, so income drawdown must work harder to give the same expected income as the pooled annuity fund. However, a higher level of investment risk increases the chance that investments could underperform. In turn, a substantial reduction in income drawn may be required to preserve the savings.

In contrast, the pooled annuity fund provides the important longevity protection without the need to take any significant investment risk. This longevity protection is provided in exchange for the loss of some features of income drawdown. Firstly, a member’s fund falls into the pool on the member’s death and is distributed to other pool participants instead of the member’s named beneficiaries. Secondly, the member loses all or most of the flexibility to vary the level of income drawn or control the investment strategy; this is to protect the integrity of the longevity pool against adverse selection.

Participants in a pooled annuity fund must be willing to accept fluctuations in their income. These fluctuations arise from variations in the number of actual deaths of participants against the expected number (idiosyncratic longevity risk), as well as the risk that the distribution of deaths has been wrongly chosen (systematic longevity risk). These risks are in addition to investment risk. How much will the income vary? We studied this question in our recent paper ‘Quantifying the trade-off between income stability and the number of members in a pooled annuity fund’ (bit.ly/3lTBrEs). Consider a simple pooled annuity fund comprising a closed group of identical members, each aged 70 and bringing the same amount of money to the fund. We assumed that there was no systemic longevity risk or investment risk. The members’ future lifetimes are modelled as independent and identically distributed random variables. The variability in the amount of income paid to surviving participants reflects purely the variation in number of deaths around the expected number. This variation reduces as the number of members in the group increases.

The account value of each member is credited monthly with investment returns (assumed risk-free and constant) and longevity credits, calculated as an actuarially fair distribution of the total account value of the participants who died in the last month. If more participants die than expected, the longevity credits will be greater than expected, and vice versa.

The stability of income is measured relative to the first month’s calculated income value. The income is deemed stable over a given period if it lies at most either 5% or 10% below the initial income in 90% of future scenarios throughout the period. The results are shown in Figure 2 and show a remarkable stability of income; with 2,000 participants in a fund, stability is achieved for 16 years with the 5% below test and 22 years for 10% below. These results use the mortality table S1PMA. For the lighter mortality table S1PFA, the number of years is each increased by approximately one. The income stability improves as the number of participants increases.

Pooled annuity funds could be offered in markets other than the retail one. Under the Pension Schemes Act 2021, they could be packaged as a decumulation-only collective defi ned contribution (CDC) pension plan. At the heart of any CDC plan is longevity risk pooling, and this is the feature that defines the pooled annuity fund. Although the fund outlined above works only for a homogeneous membership, it can be easily adapted for a heterogeneous group of participants. The broad point is that an implementation of the pooled annuity fund, whether in the retail market or as a CDC plan, would use the knowledge, skills and experience of actuaries to give people what they want: a sufficient income to last their lifetime.

The research on which this article is based was funded by the IFoA’s Actuarial Research Centre within the research programme ‘Minimising longevity and investment risk while optimising future pension plans’.

This article appeared in our May 2021 issue of The Actuary.
Click here to view this issue
Also filed in
General Features
Topics
Investment
Risk & ERM
Pensions