Lessons from down under: comparisons in funding long-term care in the UK and Australia

Thomas Kenny compares how long-term social care is funded in England and Australia, and discusses the challenges of achieving a sustainable system 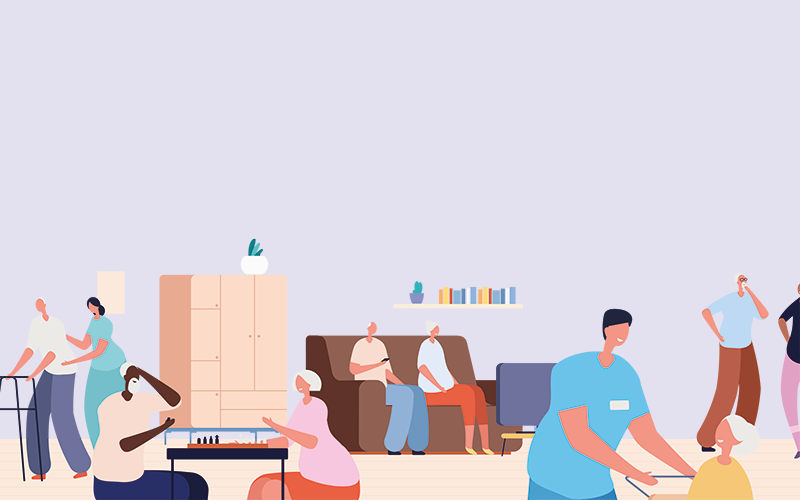 England’s social care system is under-funded and this problem will only be exacerbated by its rapidly ageing population. Australia has similar challenges but has made greater progress in reforming its care funding system in recent years, including via the implementation of a cap on care costs. The IFoA’s Long Term Care Working Party has compared the two social care systems and considered what England might learn from Australia. We have focused on England because there are variations in the social care system within the UK.

England’s last major change in social care was the Care Act 2014, which adopted many of the recommendations from the Dilnot Commission’s Fairer Care Funding report, published in June 2011. The expected outcome was a lifetime cap on care costs of £72,000 and a higher means test limit of £118,000, alongside a universal deferred payment scheme. However, in 2016 the government put the implementation on hold and no further progress has been made.

Both Australia and England use a mixture of funding for social care. State care benefits In Australia the state provides a universal basic level of care cost support. Further amounts may be partially funded by the state or co-funded between the state and the user of the services.

The basic daily fee payable by consumers covers living costs. For those in residential care or home care, this is set at broadly 85% and 17.5% respectively of the single-person state pension (approximately £10,600 and £2,200 per year). There is a means-tested fee for care costs, with a lifetime cap on the amount, and a means-tested contribution towards accommodation costs for those who are in residential care.

Current local authority financial constraints mean they only provide funding for those with significant care needs. Social security disability benefits such as attendance allowance, disability living allowance and personal independence payments are available. A contribution from the NHS is available for those who need nursing care in a care home. In certain circumstances, under NHS continuing healthcare, the NHS is responsible for meeting the full cost of care in a care home.

Figure 1 shows a comparison of state spending on care for the over-65 age group. Two things stand out: first, government spending on care needs per person in Australia is more than three times the spending per person in England (based on population aged over 85); and second, spending in Australia increased at 7.2% per year during the period 2015-2020, compared with 4.2% per year in England.

In Australia the maximum state pension for a single person is £13,749, according to the country’s Department of Social Services; in the UK, that figure is £9,110. In each case, this represents broadly 30% of average earnings, according to the Australian Bureau of Statistics and the UK’s Office for National Statistics. Private pension provision in Australia is generally higher, with compulsory contribution rates rising to 10% from July 2021.

Some product developments in Australia partially address the cost of long-term care, but there no specific products for this purpose. The equity release market stalled from 2008-2010 as banks withdrew from the market due to the financial crisis. There has been some recent recovery, which may continue due to the low levels of interest rates, and retirees holding greater equity in properties.

In recent years, no new insurance products have been developed in England that aim to accumulate funds to off set the cost of future long-term care. While there are some lump-sum benefits on term life and critical illness policies, the main products used in funding care are immediate annuities and equity release, providing income and cash respectively at or near the point of need.

Long-term care insurance does not currently exist in either Australia or England. The scope for future product development in England is limited pending implementation of the new legislation mentioned above, but we can expect product innovation that aims to enable consumers to remain in their own home for longer. We can also expect to see more services designed to help people navigate the complicated care system.

In Australia, a Royal Commission report on the care sector was published on 1 March 2021. This is expected to result in a significant period of transformation, with the state funding of care increasing. Further changes to the funding system in England are also likely to take place during the next few years, which will hopefully lead to both countries having well-funded and sustainable care systems. These are long-term challenges for policymakers – and ones where the actuarial profession is very well placed to provide help.

This article appeared in our May 2021 issue of The Actuary.
Click here to view this issue
Also filed in:
General Features
Topics:
Health care