A year like no other for the CMI's Mortality Projections Model 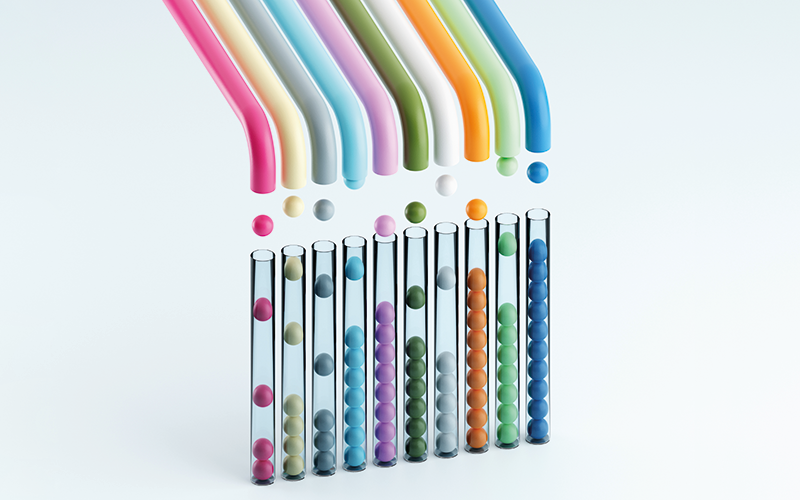 The exceptional nature of mortality in 2020 is challenging for mortality projections that rely on recent experience to inform future trends. Models may need to be adapted if they are to produce plausible results. To avoid an over-reaction to one year’s data, the CMI has modified its mortality projections model.

COVID-19 led to exceptional mortality experience in 2020. Figure 1, based on the CMI Mortality Monitor (bit.ly/3scIRnI), compares standardised mortality rates (SMRs) in 2020 to those in corresponding weeks in the previous decade. (An SMR is an average mortality rate for a range of ages, assuming it has a standard age and gender profile; this enables a consistent comparison of mortality rates over time.) As this analysis is based on registered deaths, there are dips around public holidays, when register offices tend to be closed.

Figure 2 shows mortality improvements derived from SMRs, based on the dataset used to calibrate CMI_2020 – the latest annual update of the CMI Mortality Projections Model, published in March 2021. (The working paper for CMI_2020 may be found at bit.ly/3saFxJS) These are ‘crude’ improvements, derived from the data without smoothing to separate signal from noise. The 2020 mortality improvement of -12% is well outside the range of improvements for 1981-2019, and our analysis of longer-term data from the Human Mortality Database suggests 2020 had the largest year-on-year increase in mortality since 1929.

How the CMI Model works

Figure 3 shows crude SMRs for each year since 2000, together with a smooth fitted trend from CMI_2020. We see that, while there is some volatility from year to year, this was relatively modest for 1980 to 2019, with crude rates being within 3% of the trend during that period. The SMR for 2020 was well outside that range.

The CMI Model ‘expects’ that the fitted underlying trend would likely be within 3% of the crude SMR, in line with the volatility for previous years shown in Figure 3. In a business-as-usual model, the SMR in 2020 would exert significant upward pressure on the fitted trend, corresponding to a negative initial mortality improvement of about -0.7%. As the initial rate is used as the starting point for future projections, this would in turn lead to a substantial fall in cohort life expectancy

A business-as-usual version of CMI_2020 would have led to a fall in life expectancy at age 65 of more than 10 months for females and nearly 15 months for males compared to the previous version of the CMI Model, CMI_2019. This is more than what most users would have thought reasonable, given a single year of additional data. Because of this, we have modified the model to reduce the impact of experience in 2020, following a broadly supported consultation.

We have amended the smoothing process so users can place less weight on data for individual years. Specifically, we place no weight on the data for 2020 in the Core version of CMI_2020. This reflects our view that mortality in 2020 was exceptional and is unlikely to be a good guide to mortality improvements in the coming years.

Other ways to cope with the exceptional mortality in 2020 were also considered, including:

Users of the CMI Model are required to form their own view on the long-term rate of mortality improvements, and users can apply the projections of the model to their chosen mortality table. For the purpose of illustration, we have used the S3PMA and S3PFA UK pensioner mortality tables and a long-term rate of 1.5% a year – a commonly used value, rather than a CMI recommendation.

The CMI Model is a framework that allows users to project life expectancy based on their views. We continue to encourage users of the model to consider adjusting the ‘core’ parameters to reflect their views and their particular population – for example, recognising that in recent years, mortality improvements in England and Wales have been higher for those living in less deprived areas.

Responses to our recent consultation showed that, among CMI Model users, there is broad consensus that it is reasonable and pragmatic at this time to disregard 2020 when assessing ‘initial’ improvements. However, views may shift in time, and users can modify CMI_2020 to put weight on 2020 data if they wish.

There is also an open question about the longer-term effects of the pandemic and what that may mean for long-term rates. Different actuaries can reasonably have a range of views, and we expect some lively discussions in 2021.

Cobus Daneel is the chair of the CMI Mortality Projections Committee

Jon Palin is secretary to the CMI Mortality Projections Committee

This article appeared in our May 2021 issue of The Actuary.
Click here to view this issue
Filed in
General Features
Topics
Health care
Life insurance
Modelling/software