A need for speed for the COVID-19 Actuaries Response Group 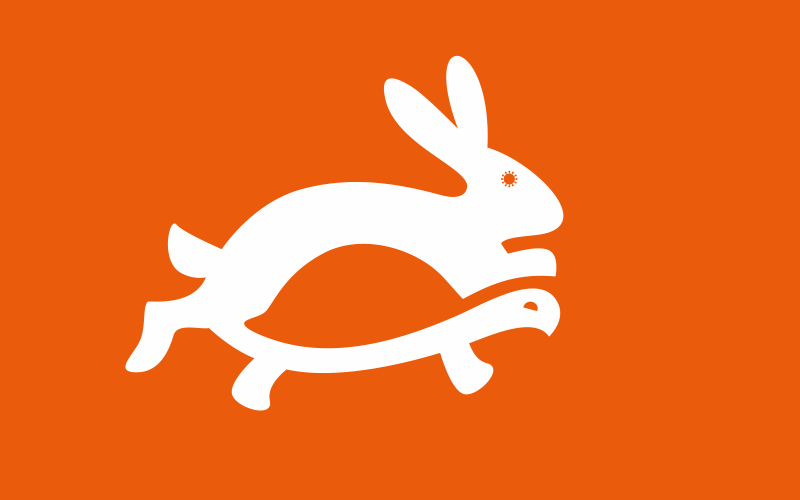 The COVID-19 Actuaries Response Group (ARG) formed in early March 2020, just as European countries began to enter lockdown. We came together due to a shared concern about the spread of the virus, our sense that there was complacency about the impact it could have, and the fact that neither the profession’s structure of working parties nor its existing committees offered an appropriately quick and flexible solution.

The ‘need for speed’ had two consequences. First, we formed the group by reaching out to people we already knew would have the right skills, including those who could bring medical and epidemiological insight as well as those who could make purely actuarial contributions. We could not wait to advertise for a wider range of members, although several more people joined the group during the year, and we also published bulletins by ‘guest authors’ (of whom former IFoA president Chris Daykin was the most prolific).

Secondly, our ‘R’ has stood for ‘response’, not ‘research’. We have tried to bring things out as quickly as the issues have arisen, working out the ‘shape’ of bulletins and who would write them on weekly Zoom calls or via WhatsApp. Speed may risk inaccuracy, but in times of crisis a quick ‘best endeavours’ response is more useful than a long pause. Our internal peer review process has (we think) ensured high-quality outputs and, looking back, we can claim not to have made any obvious howlers despite this somewhat risky ‘sticking our necks out’ approach.

Our bulletins were sent out as LinkedIn post ‘attachments’ at first. We soon set up our own website (with thanks to Nicola Oliver, who many will know has also been the backbone of our Friday Reports). This let us post direct links on Twitter, improving engagement outside our network.

Since then, the group has published well over 100 short bulletins via its website (bit.ly/3a4vkst), LinkedIn (bit.ly/2QltQ5K) and Twitter (bit.ly/3a74ik9) to help share knowledge and insights on behalf of the actuarial profession. Shortly before our first ‘anniversary’ (in early March) we were also honoured to be given InsuranceERM’s 2021 award for contributions to the industry. There are other indications that we’ve made an impact, too: our work has been quoted and referenced at SAGE and at the highest levels of government; our content has been viewed more than eight million times on social media and been widely shared; and numerous articles and quotes have appeared in the national and international media.

The first issue we tackled was Imperial College London’s modelling, generally seen as the trigger for the government’s pivot to a lockdown strategy. Although the modelling was criticised by many, with parameters that could not be known with certainty, results were broadly in line with estimations we had done in February. These showed that a plausible outcome of an unchecked pandemic could be around 500,000 UK deaths. It was this frightening thought that had originally brought our group together.

“Our ‘R’ has stood for ‘response’, not ‘research’. We have tried to bring things out as quickly as the issues have arisen”

Here we sought to estimate the infection fatality rate (IFR), noting the major difficulties that were involved. At the time, the number of COVID-19 deaths was unclear, and the number of infected people even more so. We expressed results as a multiple of normal seasonal influenza IFR (concluding that COVID-19 was five to 10 times worse), partly reflecting that similar reporting problems also affect influenza numbers.

Early on, we noted a worrying tendency to ‘write off ’ the victims of COVID-19 as people who were old and (often) obese or diabetic, and therefore presumed to already be ‘on death row’.

We challenged that somewhat callous narrative using a combination of mortality underwriting models and insights from the Intensive Care National Audit and Research Centre. Through this work, we showed how people with managed conditions such as diabetes would generally have several years of life expectancy at high ages, even in the presence of adverse risk factors (such as obesity or smoking).

Our concern clearly struck a chord – the bulletin formed the basis for an interview with the Wall Street Journal (bit.ly/3uOcCx9) and was later the subject of our first appearance on BBC Radio 4’s More or Less.

As more data emerged, we were able to bring actuarial insight to bear and challenge early fallacies. For instance, given the advanced age of most COVID-19 victims, conditions that are highly correlated with age, such as high blood pressure, had been thought to be risk factors in their own right. As multifactor analyses of COVID-19 mortality emerged, we clarified the underlying dynamics of ‘confounding’ in this bulletin and summarised the early research.

BULLETIN 43
Care homes: Forgotten by us, not by COVID
bit.ly/3mF16kI

We tackled the care home situation in this bulletin. Perhaps the biggest tragedy – because, with hindsight, it was avoidable – was the mass deaths in care homes. In March 2020, the country’s collective focus was on hospitals. Between March and June, one in seven care home residents died. The main problems were lack of sufficient protective personal equipment and the early release of patients from hospitals.

BULLETIN 51
Are we getting better at treating COVID-19?
bit.ly/3gbntNg

In July we noted that mortality of those entering hospital with COVID-19 had halved in the three months since the peak of the first wave. This bulletin explored the possible reasons, notably improvements in treatment. Those improvements were vital in limiting deaths during the second wave.

We use Twitter to provide regular updates of hospital admissions and deaths, and our estimate of R for England. The platform has also been useful for wider dissemination of our bulletins. Our activity on Twitter started to attract more attention in September when we accurately ‘called’ the start of the second wave.

The approach underlying our regular updates, with particular reference to incurred but not reported deaths, was set out in bulletin 63, and our conclusions were discussed in a further appearance on BBC Radio 4’s More or Less (bbc.in/3mDSsmq).

As time passed, we started seeing news about ‘long COVID’ – a condition in which symptoms of COVID-19 persist for longer than 12 weeks. These range from the expected respiratory symptoms to cardiovascular complications, chronic fatigue, muscle and joint pain, and mental health conditions. This was not unexpected to us: in an earlier bulletin on mortality we noted the likelihood of longer-term complications for survivors, in line with what had been seen in the 2003 SARS pandemic.

As 2020 progressed, we gradually became accustomed to our work being referenced by politicians and the media. Nonetheless, it was a surprise to hear one of our statistics quoted by Boris Johnson!

In December, we assessed the logic of the newly announced vaccine priority order by considering how many of the deaths to date had been people from each priority group. We found that the nine priority groups comprised 99% of all COVID-19 deaths, and that 88% of the deaths belonged to the first four groups. The 88% statistic was widely cited, including by the chief medical officer Chris Whitty, Secretary of State for Health Matt Hancock, and the prime minister.

BULLETIN 93
How Soon to See the Vaccine’s Benefits?
bit.ly/326YL8H

With great public interest in how quickly the vaccine roll-out might start to affect hospital admissions and deaths, our second bulletin of 2021 attracted considerable media attention. John Roberts extended our earlier vaccine priorities analysis to model the varying degrees by which the roll-out plan would reduce numbers of hospital and ICU admissions, and deaths. The Guardian and The Spectator were notable in reproducing the analysis in detail.

Lessons for the future

Our working model seems to have been a model that worked. However, it is a child of its time, and we hope such times will be rare – whether they are pandemics, financial crashes or other disasters where we think actuaries can contribute.

Others are thinking of how the structure of the group could be repurposed for other situations. One example would be the Actuaries for Transformational Change group. This
is a similarly informal group of actuaries who seek to amplify the voice of the profession. They develop systems-based policy thought-leadership articles that are designed to stimulate debate and new perspectives, rather than present finalised research.

Our final thought is this: the actuarial profession is the actuaries who make it, not the set of governance structures. Actuaries who want to make a difference can always find ways to do so, and in our age of increasing digitalisation and remote working, that is considerably easier than before.

Matthew Edwards is a consulting actuary at Willis Towers Watson

This article appeared in our May 2021 issue of The Actuary.
Click here to view this issue
Filed in:
General Features
Topics:
Health care
Life insurance
Modelling/software