Julian Maynard-Smith explains the optimal method for structuring a document 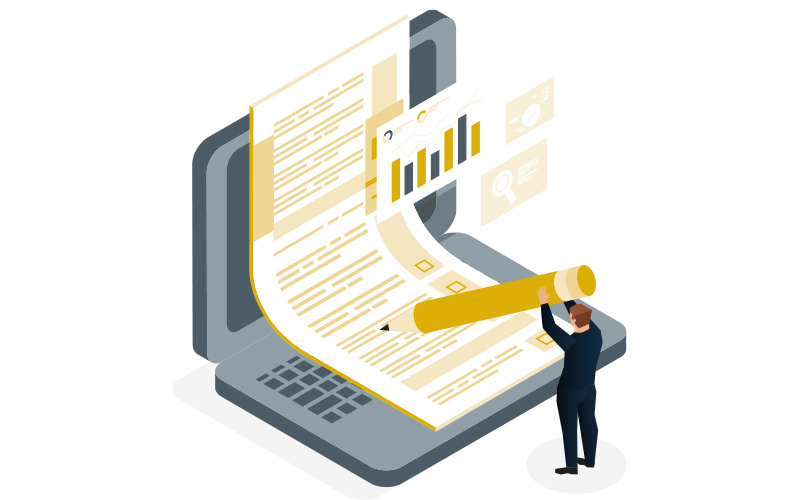 The first article in this series (bit.ly/JMSWinningWords) summarised the procedure for writing a document; the second (bit.ly/JMSTemplateSuccess) explained how to design an effective Word template. In this piece we’ll explore how to structure a document.

Create a wireframe of headings

The best way to write a document is top-down, starting with a wireframe of headings outlining its structure before you write your first draft.

Why start with just an outline? The same reason a web designer creates a wireframe first, or a filmmaker creates a storyboard before shooting scenes: you can shape and shuffle the main elements until everything’s covered and in the right order, without getting bogged down in the details; and you’re less likely to forget anything or to drift off course. Outlines are also incredibly useful if thedocument is going to be written by several people, because you can parcel out the work per section.

At this stage, resist the temptation to go deeper than ‘Heading 3’ level or you risk getting lost in the details, which defeats the whole point of working top-down.

If mind maps, flowcharts, decision trees or other non-linear approaches work better for you than writing out a heading hierarchy, go for it . What you want to finish with is a cascade of headings with no body text.

Start with purpose and audience

The first thoughts readers have about an unfamiliar document are:

Start your document with answers to both. The conventional approach is to make your first chapter ‘About this document’ and give it ‘Purpose’ and ‘Scope’ sections. It’s a pragmatic solution, but a bit dull, so for certain documents (particularly more informal ones) you might want to be less explicit. But the information does need to be there, even if it’s only implied.

To quote the story consultant Lisa Cron, human brains are “wired for story” and storytelling is “nature’s way of seducing us into paying attention”. We want to know what happens next, and why. Films and commercial novels play on our addiction to story with what’s called the three-act structure: set-up, confrontation (or elaboration) and resolution. You can do something similar in a business document: introduce, expand and conclude.

Here are some approaches you can adopt:

One feature common to the above structuring principles is that they help readers build on what they already know: what’s called a ‘given-new’ approach. You can explain new topics using the formula ‘B is the same as A, except that’ and this benefits everyone. Readers benefit because their cognitive load is reduced, and you don’t have to repeat material.

Make every heading unambiguous and unique, for example: ‘Overview of validating the pricing procedure’ rather than ‘Overview’. Avoid ‘Introduction’ sections in every chapter and go straight into the body text after a chapter heading. Why? Several reasons:

A further advantage of context-rich headings is removing the need for section numbering, such as 2.1 Methodology and 3.1 Methodology.

Break up any sequences of headings starting with the same word. For example, try scanning these headings:

Now see how much easier you can scan the headings when they’re rewritten as follows:

As well as varying the initial words, the second version reveals that the two sections have the same pattern (Introduction>Options / Decisions).

Use gerunds for processes and procedures

For any sections describing anything procedural, a good trick is to use a gerund (-ing word) in the heading, because gerunds immediately cue readers into the fact that what you’re describing is a series of actions, eg creating, designing or modifying.

For example, suppose you saw a section headed ‘Risk assessment’ – without going to the section, you’d have no way of telling whether it describes the results of a risk assessment, plans for assessing risks, or the process itself. But if the heading were ‘Assessing risks’, you’d know immediately.

If a chapter feels huge and has an unwieldy number of sections and subsections, consider promoting the major sections to chapters in their own right. Similarly, consider absorbing very small chapters into a bigger chapter.

If you’re doing this in Microsoft Word, you’ll find it helpful to use View > Outline, whereby you can collapse and telescope a document by heading level, reorder sections by dragging and dropping their headings
into new positions, and promote/demote sections (eg promote a Heading 3 section to Heading 2 level).

If information is of only secondary interest to most readers, such as sample reports or background research, consider putting it in an appendix. As with the rest of your document, appendices need to be well organised, eg alphabetically or following the order in which the topics appear in the main text.

Julian Maynard-Smith is an independent business writer specialising in financial services and IT www.betterbusinesswriting.info

This article appeared in our April 2021 issue of The Actuary.
Click here to view this issue
Filed in
General Features
Topics
Soft skills