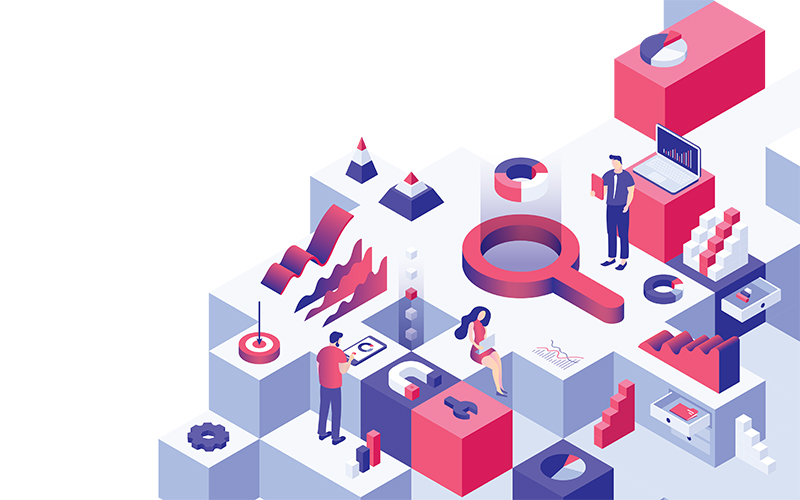 Research is a fundamental objective for the actuarial community. The International Actuarial Association places it at the heart of its mission, and the French Institute of Actuaries supports research activities through projects and working groups, and by supporting conferences and actuarial publications. Other initiatives have come from insurance and reinsurance players such as SCOR group, which in 1996 established the Actuarial Prize in several countries, encouraging innovation through supporting actuarial education.

In the context of a growing need to quantify the business value of research, and of the rapid development of advanced technologies (for example, digital and data science capabilities), sustainable research and development (R&D) remains an evasive goal. Why, and how, should we do it?

The fundamental objective of R&D is innovation, as defined by its three main principles. The aim is to develop new scientific skills and tools (the principle of novelty), which take on a useful dimension for the organisation in terms of its operations or performance (the principle of utility) and can be adopted by the majority of employees and customers concerned (the principle of adoption).

Practically, a company’s R&D programme can be thought of in terms of the following activities, in increasing levels of maturity:

In an insurance context, the scope of R&D can cover, for example, the maintenance and dissemination of knowledge via training courses and actuarial reviews, modelling for assumption-setting and risk management, and process improvement through software solutions. The company may also maintain partnership links with research laboratories and universities, in particular by setting up research funds. Internally, R&D teams can also be called upon as arbitrators in decision-making processes. As such, they can play a cross-functional and leadership role, beyond that of strict R&D activity.

A key strength of R&D in encouraging innovation is that it is naturally inter-disciplinary. Insurance R&D extends beyond actuarial science and applied mathematics, and can promote lateral thinking across areas such as demographics, the physical sciences and IT development. This convergence of different fields creates opportunities to apply mathematical tools from various fields to actuarial science. Examples include the analogy between credit buybacks and the resistance of materials, the use of diffusion processes to model pandemic spread, the modelling of the frequency of cyber-attacks based on earthquake models, and the application of image recognition algorithms to automatic contract classification and fraud detection.

The need for innovation means that there are plenty of opportunities for R&D in our industry. However, the establishment and maintenance of R&D teams also come with two major challenges: cost effectiveness and organisational model.

In an organisation whose objective is to create long-term value, maintaining an R&D team – which does not necessarily generate direct revenue – can raise questions from the outset. In some countries, there is infrastructure to support research (for example, tax incentives and the so-called CIFRE PhD contracts in France). However, these may be administratively demanding and cannot in themselves justify the cost of establishing a dedicated R&D workforce. Indeed, the recurring cost of maintaining an R&D team pushes many players to outsource specialised work to consultancies, or to use collaborative contracts with research laboratories.

A common profit model for a (re)insurer will involve R&D teams participating in business activities as well as research and development work. For example, the R&D teams may implement research findings that help to measure and monitor actuarial risks. The same model can also work for an actuarial consultancy: R&D consultants may fulfil a cross-functional role, combining billable client work with the production of research. The advantage of such a model, in both cases, is the ability of the R&D team to support research in parallel to business operations. However, it can be challenging for the organisation to give the R&D teams enough space for them to carry out research activities properly and on an ongoing basis.

Another possible model is to use an internal invoicing mechanism, where the support activities carried out by the research teams are tracked and invoiced to monitor the profitability of R&D. This type of model is widespread in the industry.

Another model is that of the ‘internal laboratory’, which partly aligns with the company’s business objectives but maintains some independence and is therefore not restricted by many of the constraints concerning cost-effectiveness. This model allows the internal lab to focus on the production and publication of research, and has been successful at Google, Facebook and Microsoft. There are, however, potential pitfalls to this model. One is the difficulty of quantifying the additional value created by these research activities, and another is the potential isolation of the division over time, which may cause disconnection between it and the rest of the business.

Overall, an internal research dynamic must remain a source of profitability in the medium or long term by monitoring the most innovative practices and methods that have the greatest potential to generate value, as well as offering new services and conquering new markets. For example, the use of ‘big data’ methods can streamline the underwriting process by reducing the number of explanatory variables. New stochastic approaches for modelling claims or mortality are being used to refine reserve and regulatory capital calculations. The development of innovative, integrated platforms has also been able to significantly accelerate operational processes linked to economic scenario generators.

Beyond these concrete examples, research communications can also position the company as being ‘at the forefront’ of its field, and be a means of marketing and brand enhancement. In this sense, R&D can in itself be a selling point.

Centre or community of excellence?

How, then, should R&D activities be organised? The optimal structure requires a trade-off between control and agility. On the one hand, there must be control of internal costs, staff count and interactions with outsourcing partners, and on the other hand, there should be agility to facilitate the reproduction and application of research findings in other parts of ​​the company.

A natural organisational model for R&D is a team that is identified and differentiated from the rest of the company’s operations. Such a ‘centre of excellence’ has a clear advantage in terms of the management of its own priorities. Its identity as a team ensures facilitation of interactions between R&D colleagues, and allows for a clear framework in which high-potential R&D initiatives – coming from management or from individual employees – can be selected according to defined criteria and worked on collectively. Another advantage of the ‘centre of excellence’ model is the ability to enforce a policy and procedure for research validation. Finally, with effective cross-functional interactions, this model enables research findings from one particular field to be applied to another. However, this is not always a given, and a centre of excellence may be perceived as ‘disconnected’ from the rest of the business.

An alternative model is the community model. The aim here is to identify individuals who have the profile and/or the appetite for R&D initiatives and to organise them into a network of resources for R&D projects. This type of structure, which can be called a ‘community of excellence’, has many advantages. As members of the R&D community are disseminated throughout different teams, they remain connected to the day-to-day operations of the business. With business operations teams directly involved, the research community model is also more collaborative. In addition, this structure may be perceived as more inclusive. As being part of a dedicated R&D team is not a prerequisite for participating in research initiatives, everyone can contribute to R&D.

The management of a community of excellence can, however, also present challenges. One such challenge is making individual initiatives into collaborative ones. Another challenge is the potential for conflict between research activities and business-as-usual. Sufficient organisational maturity is required for a company to be able to allocate enough time to R&D work. All too often, the resolution of immediate requests takes precedence over in-depth and longer-term research.

“The positioning and success of an R&D structure within a company depends on many factors, including corporate culture”

R&D has historically been the result of the isolated initiatives of enthusiasts. The first forms of structured scientific organisations in Europe did not appear until the likes of the Collège de France in the 16th century and the Royal Society in the 17th. Effective transfer of knowledge from science to business eventually took place, gradually, through the birth of these academies.

Companies have slowly taken on the R&D processes and moved closer to the academic world. Some of this is thanks to financial incentives and, since the Industrial Revolution, the prospect of generating breakthrough innovations and overcoming technological barriers to achieve further production or efficiency gains. All sectors combined, 2016 domestic R&D expenditure in France amounted to around €50bn per year, or 2.2% of GDP (1.7% for the UK), two-thirds of which was attributable to the private sector. Although this expenditure has doubled during the past 20 years and is, as a percentage of GDP, close to the European average (2%), it remains below that of some countries such as Sweden (3.3%) and Germany (2.9%).

The positioning and success of an R&D structure within a company depends on many factors, including the company’s sector and corporate culture. Technological developments and the digital age have accelerated R&D potential. Beyond the competitive advantages, this also enables employees to spend less time on repetitive tasks and more on contributions with higher added value.

R&D is now essential. From the organisation’s point of view, R&D must be thought of as part of an overall strategy, and as a key lever in terms of competitive positioning and employer attractiveness. From a more individual point of view, successful R&D represents an opportunity to develop skills, increase employability and give meaning – a scientific and collaborative dimension – to work.

This article appeared in our April 2021 issue of The Actuary.
Click here to view this issue
Filed in
General Features
Topics
Soft skills