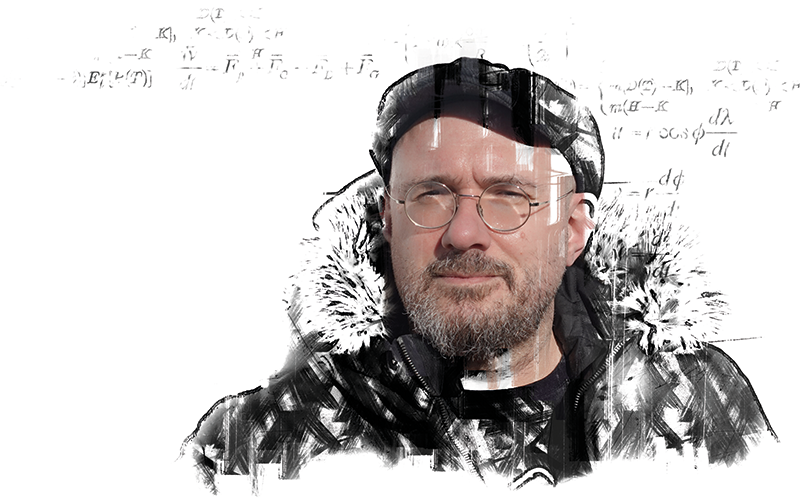 Andreas Kyprianou is professor of probability theory and director of the Institute for Mathematical Innovation at the University of Bath, and co-director of the EPSRC Centre for Doctoral Training in Statistical Applied Mathematics. He begins by outlining the rationale behind the term ‘statistical applied mathematics’, coined not only to reflect the department’s expertise, but also the discipline’s broader development: “It’s a fusion of stochastics, applied maths, computation, big data and statistics. It’s an attempt to deliberately blur the boundaries between those silos.”

Inter-disciplinarity is a big driver at the University of Bath, where there is a particular focus on health, digital and sustainability themes, with maths playing a role in all three. For a moderately sized university, Bath packs a punch in terms of its impact in the wider world. Kyprianou believes this is due to the ability of its mathematical community to explore the heart of an issue, digging down to discover how best to model complex phenomena while keeping a clear view of the real-world problem – not getting lost in layers of abstraction. “Impact is something we integrate into how we do our mathematics,” he explains. He cites as an example the department’s work with the Met Office, which embedded sophisticated numerical analysis algorithms into the software that is now used to forecast the weather each day.

To date, around 100 PhD students have passed through Bath’s Centre for Doctoral Training; around 85 are currently enrolled. One of the centre’s unique ways of training students is through ‘integrative-think-tank’ workshops. Working with industrial partners, which feed in real-world challenges, these week-long workshops are not designed to produce answers but to clarify the relevant questions. “One of the things we observed with our industrial partners over the years was that they need help formulating their problems,” Kyprianou says. “Phrasing the question is everything, because only when you ask it in a well-posed way can you start working on an answer.” Rather than jumping straight into developing a model, you often need to take a step back and consider what sort of questions need to be asked of the data available, and then use this to determine what the model needs to look like. “Asking the right, well-formulated questions is halfway to the solution – and halfway, therefore, to generating impact.”

The rise of big data

Kyprianou believes the current focus on ‘big data’ is unlikely to be a passing fad, simply because it affects every sector of industry. Data is now regarded as an asset, carrying value for individuals, companies and whole economies – although they don’t necessarily know how best to use it. The only way to extract value from this data, he says, is by analysing and modelling with it. The insurance industry will need to become increasingly involved with this process as the variety and volume of data changes – so actuaries will need to be fluent in the broader language of data science.

The increased prevalence of data trading and data analysis means some sectors may risk becoming so reliant on modelling software that the workers in those sectors lose sight of whether the software is actually the right tool for the job, and whether they are asking the right questions of the data. Where the actuarial profession has an advantage is in its insistence on a strong mathematical grounding. According to Kyprianou, this means the profession would never allow “ramming data through software without at least knowing what the software does, and why one is putting data through it in the first place.”

The difficulty will lie in working out which parts of data science are relevant for actuaries, and this will take some time. “We’re still in the early days when it comes to education in data science, machine learning and so on. Within machine learning, there are probably about 20 different courses you could imagine constructing. One of the challenges for the actuarial industry is to work out what part of data science is the right base training that is valuable to all actuaries or all insurers.”

The idea that we are “living in the era of mathematics” keeps coming up during the conversation; this is an expression coined by the Bond Report, commissioned by the UK government, which examines how the country should position itself in light of the data science explosion. The phrase rings true for Kyprianou: “It’s not just industry that is swamped with data, desperately crying out to model everything and anything, but also the physical sciences, social sciences, life sciences, engineering and so on. They’re all equally swamped in data. They’re all just as excited about the prospect of bringing mathematical modelling in.”

“Asking the right, well-formulated questions is halfway to the solution”

One recent example of data modelling in action is in relation to COVID-19. During the early stages, there seemed to be a feeling among academics that they had a “responsibility to put their minds to this” – the frontline for mathematicians is in modelling. A lot was written – not all of it helpful – but Kyprianou believes there was already a lot of useful expertise in the UK, at least in terms of modelling the spread of the disease. “We had good models in place already. We had good people in place, who committed their entire academic careers to this moment in a sense. As far as modelling the spread of the disease, I think we had it covered. It was more practical things like, how should you space people out on a bus? Mask or no mask? Mask while you’re walking the dog or mask while you’re in the supermarket? Questions like this had not been addressed, but surprisingly one can use quite a bit of mathematics – mathematical modelling of sneezing aerosol is now a ‘thing’, and the IKEA model of shuffling linearly around a store suddenly becomes mathematically very interesting!”

Beyond the question of the models themselves, there was the issue of how to engage – first with the government, and then with the public. “This was a fantastic example of this ‘era of mathematics’ that I was mentioning. Here was a big societal problem where it was mathematicians who needed to communicate answers to the government and to the general public.” One of Kyprianou’s colleagues joined Independent SAGE and has made a lot of media appearances to explain the government’s approach – “why it’s good, why it’s bad, how to interpret what they’re saying, which I think is fantastic. I just think more of this is needed.”

Finally, the conversation turns to Kyprianou’s work in Mongolia, a country with which he has strong personal ties. He first visited in the 1990s, falling in love first with the nation and its people, and then with his now-wife of 20 years. In recent years, he has become involved in conducting overseas development-aid-funded research, particularly when it comes to tackling Mongolia’s extreme air pollution problem.

“We had a group of people at Bath who were really quite good, both in an advisory capacity and a modelling capacity, in air pollution, which was becoming an increasing problem all over the world,” he says. “There was a headline figure that nine out of 10 people live in areas that are well over the WHO-recommended levels of air pollution.

“Now, something strange was going on in Mongolia: it had managed to find its way to having the most air polluted capital city in the world. Despite all the images of sweeping steppes, blue sky, yaks, fermented horse milk and a wonderful sense of raw nature, what was becoming of Mongolia was this horrific air pollution problem that was very reminiscent of Manchester and London in the 1950s – the pea-soupers.”

However, whereas the pea-soupers of the past had been the result of decades of industrialisation, Mongolia had gone from clean air to dangerous levels of air pollution over the course of about seven years. Kyprianou cites some shocking statistics: while the WHO guidance states that fine particulate matter should not exceed a 10μg/m3 annual mean or a 25μg/m3 24-hour mean, in Mongolia’s capital city Ulaanbaatar he has seen particulate matter counters maxing out at 999μg/m3 ­– because that’s the highest they go. Others show readings of above 2,000μg/m3.

This is causing huge health problems, with respiratory diseases affecting babies and children in particular. “The smog in the city was so thick that there was a public health campaign advising parents not to push their children around in pushchairs but to carry them on their shoulder, to get them above that level where all the heavy dirt in the air was settling”.

One thing Kyprianou noticed through his colleagues and his connections was that “nobody knew how to quantify this”. People were taking readings, using particulate matter counters, the government was up in arms – but nobody knew what to do. “There was a strong sense that data had to be involved here somewhere, but there was not a strong history of empirical modelling in Mongolia – it was missing from their largely Soviet-inspired education. And, again, there was the issue of communicating with the public.”

As well as broader research collaborations in this area, Kyprianou has led teams of Bath academics and PhD students to deliver workshops in Mongolia, in order to build mathematical and statistical capacity. These have brought together large numbers of Mongolian academics, government employees, UNICEF workers and other interested parties to learn practical skills in data analysis using statistical software. The most recent workshop also involved academics from Bath’s Institute for Policy Research and included sessions brainstorming practical solutions to Ulaanbaatar’s air pollution. This has also led to further research collaboration, and PhD students undertaking placements in Mongolia. Bold decisions by the Mongolian government have seen recent reductions in air pollution – an important first step, but not the end of the problem. Kyprianou is keen to ensure that understanding these changes in quantitative terms is part of the government mission.

This article appeared in our April 2021 issue of The Actuary.
Click here to view this issue
Filed in
Interviews
Also filed in
General Features