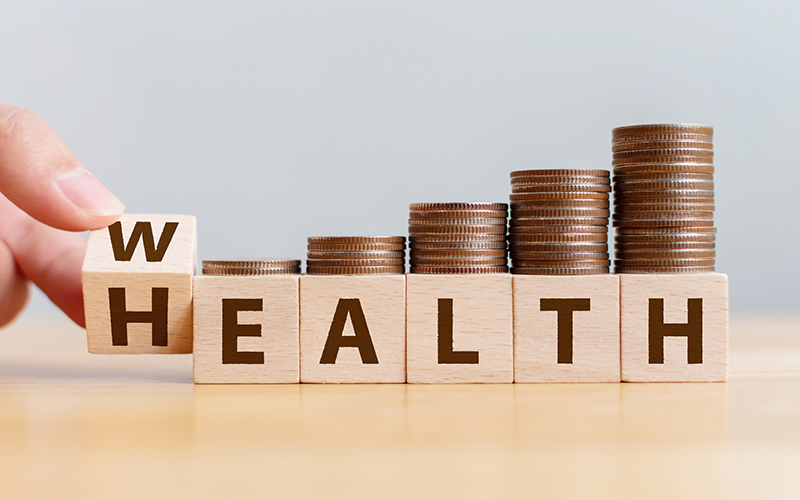 There is now an almost 20-year gap in healthy life expectancy between people living in the poorest and most affluent areas of England, figures from the Office for National Statistics (ONS) reveal.

The latest data shows that males living in the poorest areas, such as Blackpool, can expect a healthy life expectancy of 52.3 years, while those in the least deprived areas, such as Westminster, can look forward to 70.7 years in good health.

The corresponding figures for females are 51.4 years and 71.2 years respectively.

When it comes to the difference in total life expectancy between the richest and poorest areas, there was a gap of 9.4 years for men, and 7.6 years for women, between 2017 and 2019, with those in the least deprived areas seeing significant improvements, while those in the most deprived regions recorded no significant changes.

Baroness Ros Altmann, a former pensions minister, explained how the recent increase to the state pension age, which was based on average life spans, failed to consider the “enormous difference” between regions, occupations and social groups.

“Certain regions and occupations have much poorer health, and in general, the most disadvantaged groups in the population tend to live far shorter lives than others,” she wrote in a blog. “The national insurance pension system does not recognise this.

“Many have had hard manual working lives which has taken its toll on their health. Therefore, using average life expectancy particularly disadvantages such workers. Even if they have worked for 50 years or more, they cannot get state pension early.”

The latest data shows that males living in the poorest areas of England can now expect to live 74.1 years, compared with 83.5 years in the least deprived regions, while the corresponding figures for females are 78.7 years and 86.4 years respectively.

Baroness Altmann went on to explain how the COVID-19 pandemic has worsened the health and employment prospects of the over-60s, and highlighted how earlier access to private pensions also gives an advantage to affluent groups.

“Levelling up should also mean ensuring the state pension system works more fairly for the least advantaged,” she continued.

“There has long been a strong case for considering a more flexible age range for starting state pension payments and the pandemic has made this case even stronger. I hope the government will give this urgent consideration.”