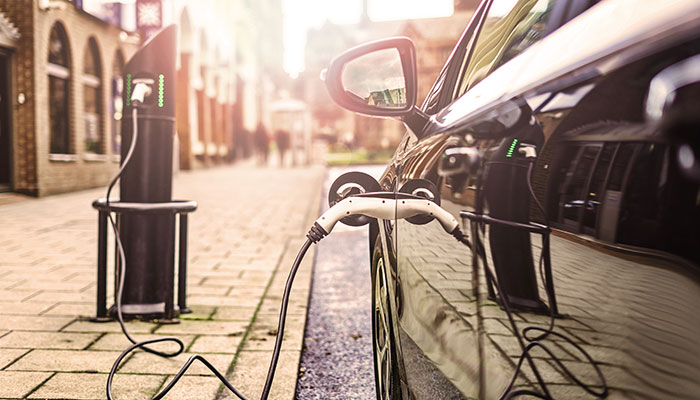 The proportion of car insurance enquiries for electric vehicles (EVs) in the UK increased by more than two-thirds last year, according to research by MoneySuperMarket.

The findings – based on millions of customer queries – show that around five out of every 1,000 car insurance enquiries were for EVs between July and December 2020 last year, or 0.54%, up from 0.37% between January and June.

This represents the sixth successive half-yearly increase, and a nearly fourfold rise on the start of 2018, when only one in 1,000 enquiries were for EVs.

The data also shows that an EV cost £627.20 to insure in the second half of 2020 on average, which was nearly £46 cheaper than for petrol cars, and around £60 cheaper than for diesel motors.

This comes after separate figures showed that plug-in hybrids and EVs – which are thought to be key to tackling the climate crisis – accounted for more than one in 10 vehicle registrations in 2020, up from one in 30 in 2019.

“The 69% rise in the proportion of car insurance enquiries for electric vehicles really shows how popular they are becoming in the UK,” said Kate Devine, car insurance expert at MoneySuperMarket.

“The overall proportion may seem small at present, but we expect this trajectory to continue as the range of EVs on the market expands across different price points.”

In London, approximately nine out of every 1,000 enquiries were for EVs in the second half of 2020, which was the highest proportion in the country, and up from five out of 1,000 in the first six months of the year.

The average premiums for EVs in London were also over £200 higher than anywhere else in the country, suggesting residents may be opting for higher-end electric cars, which can be more costly to insure.

Devine added: “While the Tesla Model-3 increased the average car insurance cost for electric cars after claiming the top spot from the Nissan Leaf last year, it’s reassuring to see that you don’t have to break the bank to go electric and that there are options at lower prices as well.”