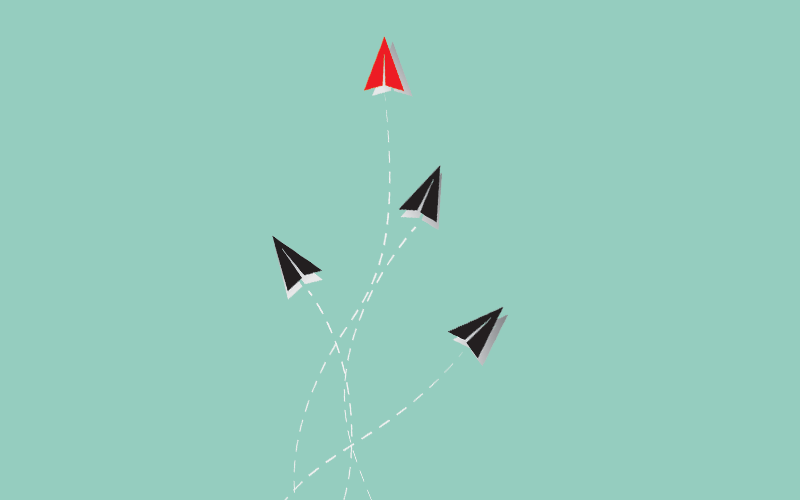 How do you make decisions? Burgeoning psychological research has revealed the numerous fallacies and biases that bedevil human decision-making, and shows that experts are not immune.

Nevertheless, behavioural research into pension trustees’ decision-making is rather scant, and in 2018 a research team was commissioned by the IFoA’s Actuarial Research Centre to examine the topic. We used two empirical methodologies: first, market research firm Ipsos MORI carried out qualitative ethnographic studies to examine trustees’ customs and practices and their approach to undertaking their duties; second, behavioural experiments were conducted to understand the judgment strategies used by trustees, and the cognitive biases they may be prone to.

The Ipsos MORI research took the form of individual in-depth interviews with a mix of trustees, including independent, employee-nominated, employer-nominated, chairs, and a member of an independent governance committee. They came from a mix of defined benefit and defined contribution (DC) schemes covering employers with 500-plus employees, across a range of industries. Structured telephone interviews were also undertaken with 23 professional advisors to pension trustee boards.

Three themes were identified that could have a detrimental impact on the quality of trustee decision making:

Our research found that pension trustees take their responsibilities very seriously, are highly motivated and conscientious, and spend a large amount of time reading through information to prepare for meetings. However, it was clear that the role was becoming more demanding and that the information packs distributed ahead of meetings were too much to absorb. For example, one member-nominated trustee commented: “I don’t believe most people are good trustees. It’s too much to take on.” A detrimental consequence of cognitive overload is that it can prompt the use of decision heuristics, as discussed later in this piece.

One feature of trustee meetings that emerged from the qualitative research is that, reportedly, they typically reach consensus without the need for formal votes on any issues.  Some expressed disquiet that the demographic homogeneity of pension trustee boards (characterised by one critic as “white, grey and male”) may create a culture that can limit the scope of influence for trustees from other demographics. In light of this, and findings that disagreements and group diversity can improve decision-making, the apparent dependence on consensus may be viewed as a concern.

With the support of Aon, which provided us with access to pension trustees, we conducted a series of controlled experiments designed to test for decision heuristics, whereby trustees responded to hypothetical but realistic decisions via an online method. We also surveyed our sample of 208 trustees to gain insight into their qualifications and experience. Member-nominated trustees are typically less expert than employer-nominated trustees: the former have less experience working as trustees (8.6 vs. 11.4 years) or any work experience in a financial role (22% vs. 53%). Fewer member-nominated trustees have professional accreditations (25% vs. 51%) or personal experience with financial investments (70% vs. 85%), and answered fewer correct questions in a test of financial literacy.

Our first experiments investigated diversification and extraneous menu effects. Rational investors should diversify portfolios following underlying financial principles, such as choosing an optimal allocation between bonds and equities, and should not be influenced by non-financial criteria such as how the options are presented. We asked one group of 122 trustees to allocate assets among several funds, and we manipulated which fund was labelled as the ‘moderate’ fund: for some trustees, the fund labelled ‘moderate’ had a 30% allocation to equities, while for others the ‘moderate’ fund had 70% in equities. Trustees chose the moderate fund most often, regardless of its underlying asset composition.  However, as might be anticipated from their superior expertise, employer-nominated trustees displayed preferences more resistant to (less biased by) labelling effects than member-nominated trustees.

In another experiment, 119 trustees were asked how they would allocate the assets of a pension scheme across a selection of mutual funds. In one example there were four fund options; these options were either balanced (two bonds, two equities), equity-heavy (three equities, one bond) or bond-heavy (one equity, three bonds). The mean allocations into bonds in the bond-heavy, balanced, and equity-heavy conditions were 69.7%, 61.3% and 43.9% respectively. This is evidence of a phenomenon called ‘naive diversification’, where the asset allocation is influenced by the range of fund options. This is also observed in individual investors.

The results of these experiments showed that trustees’ investment preferences were influenced by financially irrelevant changes to the labelling, context and layout of the investment options presented to them, indicating the use of decision heuristics that operate independently of pertinent economic parameters.

We also examined the role of trustees as surrogate decision-makers, ie making decisions on behalf of members. Previous bodies of research reveal that surrogates often project their own preferences when making decisions for others. Our survey asked both pension scheme trustees and typical scheme members in the UK what they believed were appropriate levels of private pension replacement rates (as a percentage of pre-retirement income) for themselves and for an average scheme member. Our results showed that trustees chose higher replacement rates for members than members chose for themselves. Furthermore, a significant correlation between the replacement rates that trustees chose for members and what they would like for themselves indicated that trustees projected their own preferences.

This pattern of results held true even when we took account of differences in age and financial literacy (both are higher in trustees than members). It seems that trustees’ preferences are not aligned with those of their members, and that they are not aware of actual member preferences. The need for recognition of member preferences is clearly significant for the increasingly prevalent DC schemes, where members bear much of the risk. Our trustee sample’s average age of just under 60, with only 16% being female, is clearly not demographically representative of most pension funds’ membership.

Our research adds to other calls for greater professionalism in the way trustees work.  However, achieving this will require careful consideration and further research. It would be unrealistic for all trustees to undergo extensive training to gain deep expertise in all the matters they oversee, but there is a case for improving the collective efficacy of trustee boards. The rise of DC pensions also means there is a need to consider new skillsets on trustee boards – in particular the development of two-way communication with employees.

Peter Ayton is professor of psychology at City, University of London

This article appeared in our January/February 2021 issue of The Actuary.
Click here to view this issue
Also filed in
General Features
Topics
Investment
Pensions