What is an actuarial data scientist, what do they need to know and why are they necessary  as actuarial departments start to unlock the full potential of AI? Dawid Kopczyk explains 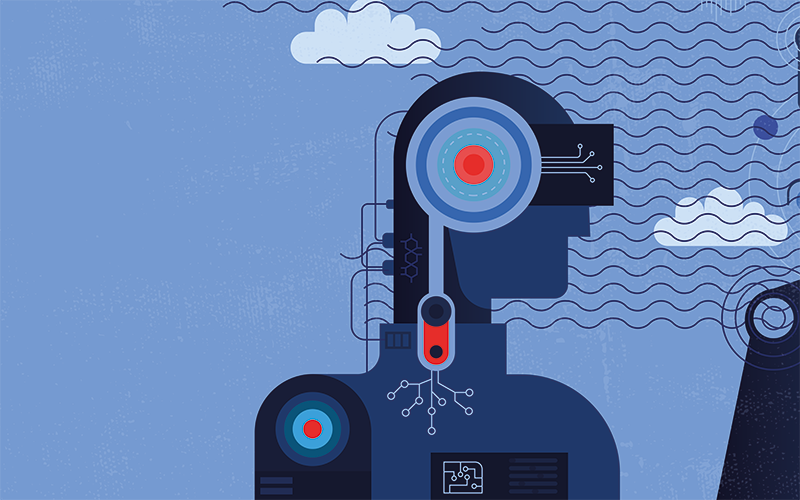 Advances in artificial intelligence (AI), big data and data science will bring tremendous change in industries such as finance, retail and healthcare. The insurance sector is starting to wake up to the benefits of AI, but has not yet unlocked the technology’s full potential. Actuarial science, in particular, has not yet exploited the potential in this area. To stay competitive, chief risk officers and other executives are already implementing, or will soon be forced to initiate, AI projects in processes such as pricing, experience analysis or capital modelling.

Early adopters of AI report profit margins 3%-15% higher than industry margin, according to a McKinsey Global Institute study (mck.co/2KKVxT3). Surprisingly, the same study states that 88% of AI projects did not progress beyond the experimental stage. Many a proof-of-concept (PoC) will be swept under the rug, and the same issue is likely in actuarial departments. Actuaries need to properly embed AI in their work and find a way to overcome the main obstacles.

One regular approach to data science projects in risk departments involves setting up actuarial, data science and IT teams. Good communication between these parties is crucial for building, deploying and maintaining end-to-end solutions, but there are often problems, including:

To effectively transition from PoC to scaleable product, management layers should add in a key role that can integrate all functions: the actuarial data scientist.

Actuarial managers may feel lost amid talk of AI, machine learning, data analytics, data science and big data, and could lose track of what is important: bringing value to an insurance company. It is important to sort out the role of an actuarial data scientist, and which skills they should have to harness the power of data in an insurance company.

It would be wrong to assume that an actuary who knows how to use machine learning algorithms is already conditioned to be a data scientist. This assumption can be responsible for multiple misunderstandings during PoC implementation. It is true that actuarial data scientists must know how to use machine learning in insurance-specific tasks, considering nuances such as exposure variables, various forms of loss function and specific policy data transformations. However, it is certainly not enough to secure a successful AI project.

Data-driven organisations are built on a set of best practices, including creating a friendly IT environment with the computational power to perform calculations on dedicated machines (eg a cluster of cloud servers) and access permissions to internal and external software packages.

For successful project finalisation, a modern actuary with data science skills should have at least a basic awareness of the following topics:

Project managers and executives, meanwhile, should create an organisational environment in which this knowledge can be used and further developed.

When we talk about AI, we often mean human redundancy through extensive automation of processes. Nevertheless, people are still a significant factor, responsible for the efficiency of an intelligent machine. Humans are not only involved in software creation, but also in interacting with it on a day-to-day basis.

It is important to tackle the risks associated with AI products, especially during early stages of the implementation process. Lean management, in the form of iterative engineering and seeking user feedback, is a must in any AI implementation for actuarial processes. Involving the whole team of data scientists, executives, actuaries and other stakeholders is one of the actuarial data scientist’s responsibilities, and is crucial for delivering a complete result that directly addresses all business needs.

Insurance is a highly regulated market, which has tremendous repercussions for modelling tasks performed by actuaries. Regulators and other stakeholders generally accept that linear models are the safe haven, making models interpretable, in contrast to sophisticated machine learning models, which improve modelling accuracy but are harder to understand and explain.

Indeed, a new branch of science called Explainable AI aims to demystify any machine learning model. To be fully compliant and auditable from a regulatory perspective, each successful data science project in the actuarial department should contain a layer of Explainable AI techniques. Project executives and development teams must have a common understanding of the importance of the topic, and the actuarial data scientist must ensure this happens.

Using intelligent machine learning techniques carries the responsibility for fair, discrimination-free decisions taken based on the predictions of such a model. This is a highly relevant topic, particularly in view of EU regulations, which require gender-neutral pricing of insurance products.

An algorithm may perpetuate bias that was in the data used to teach the system – such as the data bias in Amazon’s automated recruitment screening system, which was found to discriminate against women.

There are significant research and development efforts to remove bias from AI systems, including recent publications in the actuarial science field. An actuarial data scientist who is on board with the project must be aware of these solutions, being able to forecast and address any potential ‘fairness’ questions before a solution is released in a productive environment.

The insurance industry is constantly undergoing a digital transformation, enabling multiple departments to unlock the business value of artificial intelligence. In actuarial departments, executives should focus on creating a role that will be responsible for merging areas of domain knowledge, data science and IT, as this is essential for an AI project to succeed.

Dawid Kopczyk is a founder of Quantee, an insurtech startup embedding AI across actuarial departments

This article appeared in our January/February 2021 issue of The Actuary.
Click here to view this issue
Also filed in
General Features
Topics
Technology
Modelling/software
Careers