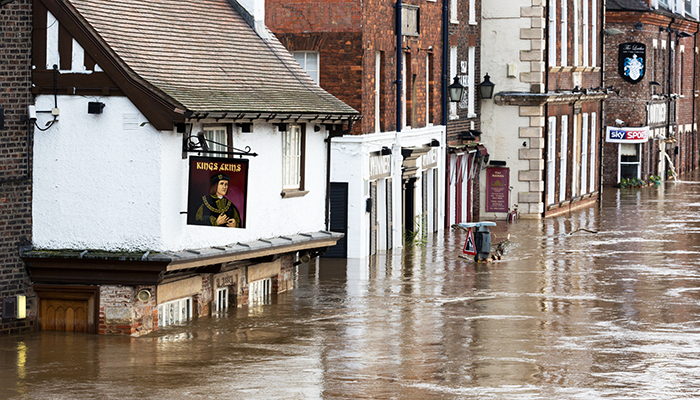 The UK government has today opened a consultation into proposals that could see households enjoy cheaper insurance premiums for installing flood barriers, air brick covers and other flood resilience measures.

Victims of flooding would not only claim money to cover the damage caused, but could also receive funds for making their homes more resilient as Britain looks to 'build back better' from COVID-19.

In addition to the consultation, the government has issued a call for evidence to look at changes to the flood funding formula, and ways to increase the uptake of property flood resilience measures.

This comes after Storm Christoph brought widespread flooding across England and Wales last month, with many people having to evacuate their homes.

“The plans will give people in flood hit areas more help to build back better and reduce the risk to homeowners in the future,” said Rebecca Pow, the UK's floods minister.

“Combined with a record £5.2bn government investment over the next six years in new flood and coast defences, hundreds of thousands properties will be better protected.”

The consultation covers changes to the Flood Re scheme, a joint industry-government initiative, designed to reduce home insurance costs by taking on the flood risk element and charging a set premium to households based on council tax bands.

Since its launch in 2016, over 300,000 households have benefited from Flood Re, with four out of five households with prior flood claims seeing reductions in their insurance premiums by more than half.

Additional measures being considered include reducing the cheapest subsidised premium for contents insurance provided for by Flood Re from £52, as evidence suggests this could still be too high for households on low incomes.

The call for evidence will explore how to strengthen flood and coastal defences through better assessment of local circumstances, including how potential changes to the funding formula could provide further benefit to frequently flooded communities.

Andy Bord, chief executive of Flood Re, said: “The changes proposed should help build a more resilient housing stock by increasing the uptake of property flood resilience adaptations and address the increasing threat of flooding resulting from climate change.

“I encourage all relevant parties to join us in contributing to the consultation and hope that the proposals get the strong support we expect for the benefit of flood-prone communities across the UK.”