Iain Allan talks to Chris Seekings and Mahidhara Davangere about his unconventional career path, and the exciting opportunities awaiting actuaries in the banking world 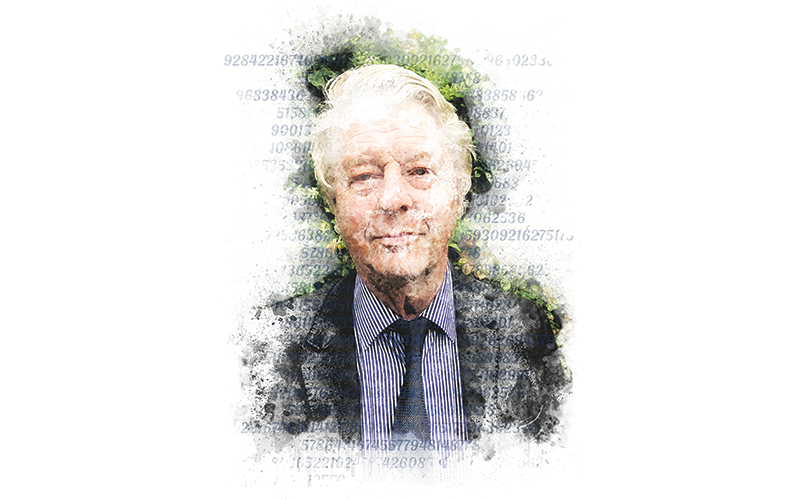 For almost 30 years, Iain Allan has worked in banking – a field often considered ‘non-traditional’ by the actuarial profession. He can reflect on a wide range of career highlights, from helping the Royal Bank of Scotland (RBS) acquire NatWest, to implementing successful new business ventures with Tesco and the Bank of China. Now he wants to inspire other actuaries to step outside their comfort zones by highlighting how an array of exciting opportunities could await those who stray from the more traditional paths of insurance and pensions.

Allan’s career began at a mutual life insurer in Edinburgh. He worked in fund management for 10 years before moving to a stockbroker that was later acquired by the Swiss bank UBS. “I met people in investment banking, corporate banking, wealth management, retail banking, all kinds of different areas,” he explains. “It was just this world full of opportunity, which made me think that this could be really interesting to pursue.”

Having left insurance behind, Allan first worked in investment banking for UBS for five years, including two years in Japan helping the bank get a securities branch licence. He next moved onto commercial banking, working on strategy for RBS. “I was involved in all areas where there were opportunities, threats or particular strategic issues – perhaps most glamorously, mergers and acquisitions.”

RBS’s £21bn acquisition of NatWest in March 2000 was the largest takeover in British banking history, and Allan played a critical role as group director of strategy. He made key contributions to the establishment of a supermarket banking joint venture with Tesco and in delivering a strategic partnership with the Bank of China before pursuing his current career as an independent consultant.

“That has involved drafting responses to regulatory consultations, which has been a very good way of keeping up to date on new regulations,” he says. “I’ve also helped new entrants in the UK – including an innovative fintech company – with applications for banking licences.”

Allan’s actuarial training has been invaluable throughout his career, with a basic understanding of the core subjects being applicable to all areas of financial services. “The skills I’ve most needed include the basic ability to get a model up and running, make practical judgments, check data and sense that an answer seems broadly reasonable – often under time pressure.”

Another important skill he gained during his training was the ability to communicate effectively. Many of his colleagues may have more banking experience than him, he says, but they have fewer technical skills, and it is important to be able to explain matters verbally or in writing.

Last year, IFoA president Tan Suee Chieh spoke about speed versus accuracy – something Allan says is particularly relevant when working in a bank.  “I found people saying, ‘we must have the answer by tomorrow lunchtime’ – completely unreasonable expectations,” he explains. “It could be that a potential acquisition has come up and you have to decide very quickly if you’re going to participate or not. I found being expected to do things under great pressure quite exciting, but sometimes quite stressful. Not all day, every day, but there were periods of working under intense pressure from time to time.”

The coronavirus pandemic has highlighted the fact that global events can be more impactful in banking than in insurance, and has underlined the importance of keeping abreast of developments each day. “COVID-19 is an issue for insurance, but it’s not transformational. In banking, the world is totally different from a year ago, considering forecasts for credit losses and business volumes as some customers struggle.”

Allan was in a similar situation during the financial crisis of 2008, which he describes as being like “working in a battlefield each day”. He does point out, though, that working in such a high-pressure environment can bring significant financial rewards.

Adapting to banking’s culture requires self-discipline, says Allan. For him, tried-and-tested processes are key to meeting deadlines. The “most important single lesson” he has learned throughout his career in banking, however, is to appreciate diversity of thought.

“I have found genuine diversity – of older people, younger people, different backgrounds, different experience, male-female – to be of huge benefit,” he says. “When speaking with an actuary, I would find that they probably thought in a similar way to me, but in a bank, people come from such different backgrounds. I found huge value in surprising and different opinions, and there is open discussion and agreement on the way forward.”

He describes his strategy team at RBS as like a diverse “happy family”, whose skills were complementary, not competing. Actuaries can add value by bringing another dimension to banking risk management. “Actuaries can play a role in banking, but they’re not going to be in a group of other actuaries – they’re going to be meeting and mixing with all kinds of different people,” Allan says. “I wish I’d known the usefulness of working with a diverse group of people when I was young and starting my career.”

Fear of the unknown

He puts the relatively low number of actuaries working in banking down to a reluctance to try new things, with many hesitant to explore fields outside their area of expertise – “there is a fear of the unknown”. However, he is encouraged by the IFoA strategy’s call for actuaries to explore wider domains, and says that banking is not so different from insurance.

The most important things for actuaries to know about when working for a bank are capital and liquidity, credit risk, market risk and operational risk. “These exist in insurance, too, although there may be different terminology and different priorities,” he says. “In banking, credit risk and liquidity risk are more important, but the basics are just the same.”

The most obvious area for actuaries to explore, according to Allan, is data science; he is encouraged by the IFoA’s data science certificate. “There are massive opportunities in banking because of the availability of data,” he says. “It could be in fraud detection, it could be in risk management, it could be in customer services, such as automated advice.”

Because of new entrants and technologies, there is greater competition in retail banking, where product pricing is more important. “Experience shows that actuaries who’ve been trained in product pricing for insurance products have very transferable skills when they come into the banking world.”

Continuing on his theme, he adds: “Model validation uses the same general approach. In banking, we do provisions for expected credit losses, while insurance actuaries do reserves for claims. Asset-liability management is quite similar, with different assets and liabilities, but it’s the same concepts. Stress testing for climate change is similar, involving long-term projections, with which actuaries are familiar. Assessments of capital adequacy and regulatory submissions – own risk and solvency assessments for insurers, the internal capital adequacy assessment process for banks – are also similar.

“There is a huge, diverse range of exciting career opportunities in banking, and barriers to entry are reducing, but it’s up to actuaries to go out there and get on with it.”