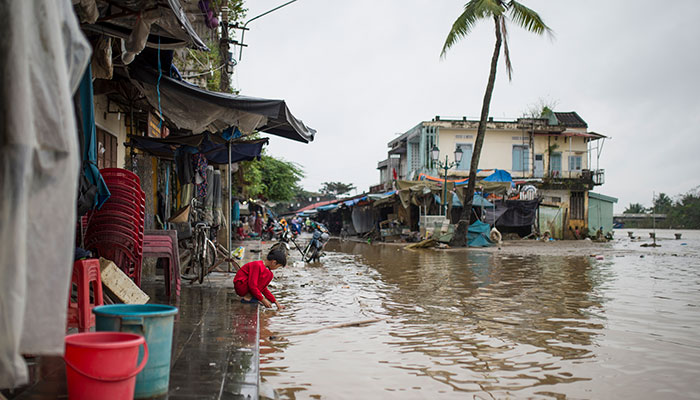 Around two-thirds of the economic losses resulting from natural disasters last year were not covered by insurance, and the protection gap continues to grow due to the world's changing climate.

That is according to a report published yesterday by insurance firm Aon, which highlights how 416 natural catastrophe events resulted in economic losses of $268bn (£196bn) last year – 8% above the average annual losses for this century.

Of this total, private sector and government-sponsored insurance programs covered $97bn, leaving a protection gap of 64%, or $171bn.

Aon said that costs continue to rise due to a changing climate, more people moving into hazard-prone areas, and increasing global wealth, underlining the need for greater access to affordable insurance products.

“In a highly-volatile world, risk remains ever present, is more connected, and, as a result, is also more severe – and 2020 has underscored this reality,” said Greg Case, CEO of Aon.

“It has also emphasised the need for enhanced collaboration between the public and private sectors, which will be essential to close the rising protection gap and build resilience against natural catastrophes.”

The report also reveals that 2020 was the costliest year on record for severe convective storms, led by a historic US derecho in August, with the country's mainland enduring a record-breaking 12 named storm landfalls, including six hurricanes.

Typhoon Goni struck the Philippines as the strongest landfalling storm ever recorded globally at 195mph, while Ciara became Europe's costliest windstorm since Xynthia in 2010.

The findings come after NASA revealed earlier his month that global average surface temperature in 2020 tied with 2016 as the warmest year on record.

“The global response to the socioeconomic volatility caused by the COVID-19 pandemic has increased focus on other systemic risks – particularly climate change – and is causing a fundamental reordering of business priorities,” Case continued.

“This report highlights the increasing likelihood of 'connected extremes', and reinforces that leading organisations of the future will be defined by their ability to manage the global implications of concurrent catastrophic events.”