Much of UK's financial sector oblivious to modern slavery 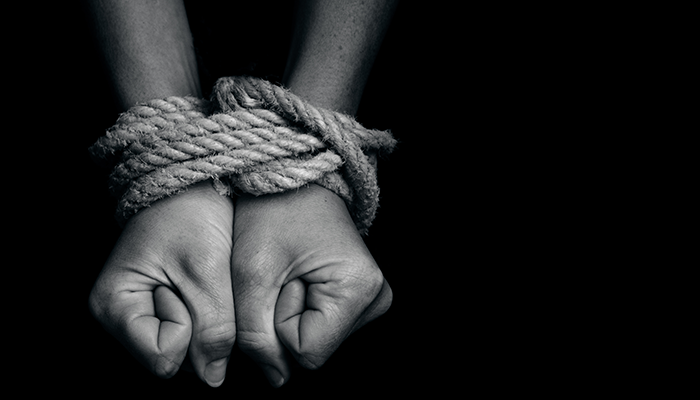 Almost half of senior managers in the UK's financial sector are unaware of forced labour and exploitation in the country, a groundbreaking investigation has uncovered.

The study, led by Dame Sara Thornton, the independent anti-slavery commissioner, found that 45% of senior managers, and 30% of financial services workers, are unaware that modern slavery exists in the UK.

This is despite an estimated 130,000 people being connected to slavery and exploitation in Britain.

Moreover, the findings show that 36% of employees in the financial services industry think that their organisation has no influence at all in combating the issue.

The researchers warned that money is the driving force behind every case of exploitation, whether it be pension savings funding companies that use bonded labour, or criminal gangs laundering money through a bank.

“It was estimated that over 40 million people were held in modern slavery on any day in 2016, and of that total, 16 million were victims of labour exploitation in private business,” Dame Sara explained.

“While slavery is illegal in every country in the world, our economic and financial systems appear to tolerate and even promote practices which result in this abuse.”

Modern slavery is estimated to generate $150bn (£111bn) in profits annually, and is one of the top three international crimes, alongside drug trafficking and trade in counterfeit goods.

Five years ago, the UK's Modern Slavery Act 2015 came into force, but the latest study – carried out in partnership with Themis and the TRIBE Freedom Foundation – found that many financial institutions appear to treat it as a tick-box exercise.

The research involved a poll of 1,001 financial industry employees, which found that 68% did not believe modern slavery had been raised more than “a few times” by senior management, if at all, in the last 12 months.

In response, the researchers urged firms to undertake regular due diligence to check for abusive practices is their supply chains and investments, and to integrate modern slavery red flags into their existing money laundering control frameworks.

“Chances are your institution will have either direct or indirect links to modern slavery and human trafficking somewhere within your operations, your supply chains or in those businesses you lend to or invest in,” said Dickon Johnstone, CEO of Themis.

“Don’t turn a blind eye - do something about it.”