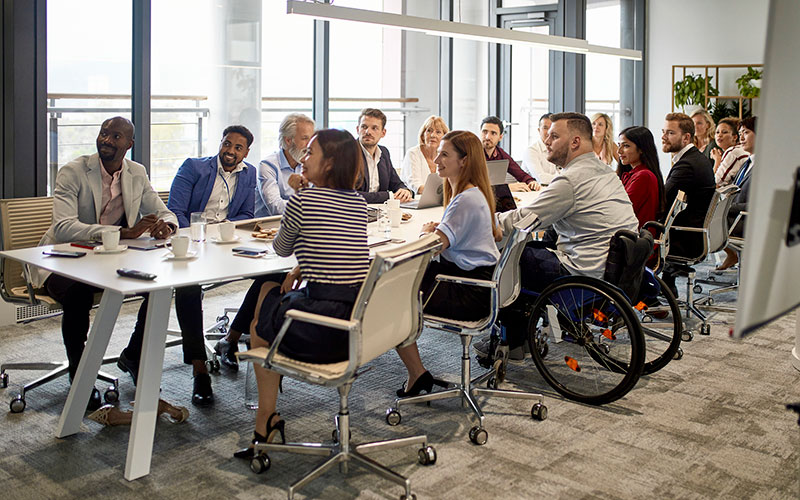 The vast majority of UK pension schemes agree that greater diversity of workers and an inclusive culture improves decision-making and helps attract and retain talent, an industry survey has found.

A whopping 91% of schemes agreed when polled by the Pensions and Lifetime Savings Association (PLSA), while 89% said that diversity can also improve the representation of members’ interests.

However, there were mixed views as to the current diversity of pension trustee boards, with just 28% describing it as good, 31% saying it is poor, and 35% calling it average.

Moreover, the survey found that 48% of pension schemes have no specific strategic objectives around diversity and/or inclusion, of which just 12% have a plan in place.

Julian Mund, PLSA chief executive, said: “Our survey shows that the pensions industry recognises that it needs to do much more to improve diversity and inclusion and are positive about the benefits for schemes and members of doing so – but there’s a long way still to go.”

When it comes to pension trustee boards, even among the better-represented groups such as gender, 28% of survey respondents felt that they are not very well represented, while 10% said they are not represented at all.

From this, most believe the make-up of the board of pension trustees needs to be more diverse (65%), with many saying it will help them to innovate (82%) and more closely reflect their membership (64%).

“It’s vital that pension schemes have the right people in place throughout the organisation and to do that you need a wide range of skills, backgrounds and outlooks to ensure all members interests are at the heart of decision-making processes,” Mund added.