Matt Scott speaks to Dan Georgescu about his involvement in green finance, the crucial role of actuaries and the mainstreaming of climate risk 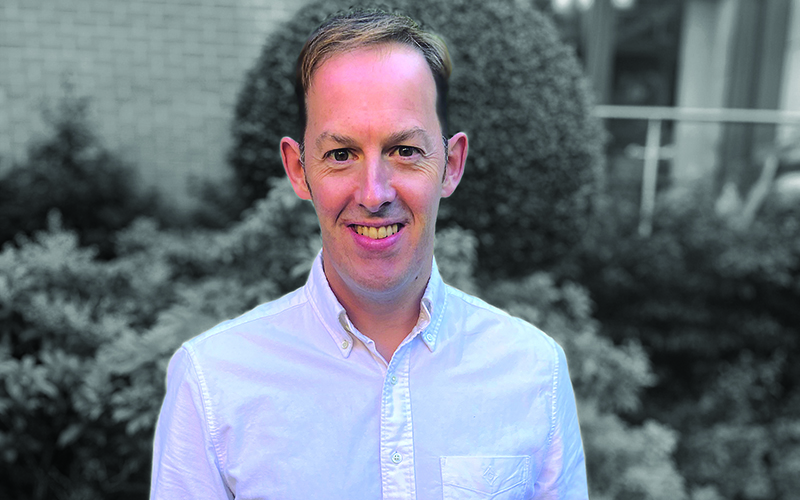 Matt Scott has played an integral role in the Bank of England’s climate team, helping to establish and lead its Climate Hub. He also led the development and launch of the UK government’s landmark Green Finance Strategy, published in 2019, and is now a senior director for Willis Towers Watson’s recently launched Climate and Resilience Hub.

A curiosity to understand the world around him and a keen interest in problem-solving led Scott to study physics at university. He started his career working in science, joining the graduate scheme at AEA Technology – now part of Ricardo Energy & Environment. As well as deepening his understanding of topics such as climate change, the experience opened his eyes to the challenges of commercialising science – the need for ideas to be turned into viable and useful solutions that have scalable and tangible impact.

A few years later, Scott’s interest in learning how to take ideas to market led him to Silicon Valley, and he embarked on an MBA at Stanford University. He describes his experience there as transformational, particularly as he was part of the first cohort to be offered a course on social entrepreneurship. “The aim of
the course was to use business to solve big problems in the world, using the power of entrepreneurship to create positive change,” he says. “It was the beginning of a new wave of thinking about business not just in terms of making a billion pounds, but also positively impacting a billion people’s lives. How do you do that?”

“Climate data, analytics and standards will be key to ensuring investors, banks and insurers can price risk and reallocate capital effectively”

The specific challenge presented to Scott’s cohort was the harmful effect of kerosene lighting, relied upon by many of the approximately 1.5 billion people in the world who lacked access to electricity. “A child studying by the light of a kerosene lamp breathes in the equivalent of two packets of cigarettes every evening,” Scott explains. “We had designers, engineers, MBAs all working together to see how we could fix this problem at scale. That’s when we came up with our MightyLight product – a solar-rechargeable LED light. My role on the team was to figure out a business model. We quickly decided this would require operating as a business, as opposed to a charity, to build a sustainable model for creating change.”

Scott and some of his classmates set about turning this vision into reality, co-founding a company to implement their solution. He describes his experience as an “entrepreneurial rollercoaster” – securing seed funding in Silicon Valley, moving to India and ultimately bringing solar lighting to thousands of off-grid customers in rural villages around the world. He also highlights the frustrations of raising capital for a company that is pursuing both purpose and profit: “On the one hand, we would speak to foundations who loved what we were doing in terms of impact, the environmental and social value that we were creating. But, at the time, the vast majority could only donate money to charities rather than invest into a business.

“On the other hand, we’d speak to mainstream investors, and the fact that we were creating environmental and social value was like a red flag – that we weren’t in it for the money. That whole experience sparked my curiosity about what more I could do, through the lens of social entrepreneurship and creating systemic change, to enable finance to flow to businesses like the one I had helped create.”

Scott returned to the UK and, following a few years in impact investing, accepted a role at the Financial Services Authority in early 2010 to help develop the regulator’s post-financial crisis approach to forward-looking, judgment-based supervision. Transferring with the Prudential Regulation Authority (PRA) to the Bank of England a few years later, Scott built on his work examining the sustainability of firms’ business models to explore how to better integrate climate change into the PRA’s emerging risk agenda. “The role provided the perfect platform to explore what could be done through the lens of financial risk rather than societal impact,” he says.

In 2013, an invitation under the UK’s Climate Change Act for the PRA to complete an ‘Adaptation Report’ provided an opportunity to advance his ideas. Working with actuaries, senior advisors and other PRA colleagues, Scott led a review of the impact of climate change on the UK insurance sector. Three channels of climate-related risk emerged: physical, transition and liability.

“Physical risks are the financial risks that can arise from weather-related events, such as storms and floods,”
Scott explains. “Transition risk includes the risk of stranded assets – essentially carbon-intensive assets that can no longer be used as the world decarbonises, or which may otherwise be mispriced. Liability risks can arise from those who have suffered losses from physical and transition risks seeking to hold those who they view as responsible to account.”

In 2015, the final report was released alongside former Bank of England governor Mark Carney’s seminal speech on climate change and financial stability, ‘Breaking the Tragedy of the Horizon’, which he delivered at Lloyd’s of London.

That these ideas have become more familiar in recent years is an indication that climate risk is now a mainstream issue. As Scott states, climate disclosure is supported by institutions representing US$150trn of assets, and more than 70 central banks and supervisors across five continents are now working together to integrate climate risk into mainstream finance through the Network for Greening the Financial System (NGFS). Scott is keen to highlight the important role that actuaries have already played in making this happen, not least in helping to deliver the PRA’s 2015 report.

The urgency of the present

There is, of course, much more to be done. Scott offers some thoughts on how the conversation now needs to develop: “The physical risks may not crystallise in full until decades into the future, but we need to find a way of managing them today. That’s one of the reasons why the narrative is moving on; climate is not only viewed as a financial risk, it’s also seen as far-reaching. It’s systemic. It’s foreseeable. We know that some combination of physical and transition risks is going to crystallise in some form.”

“Financial actors need to do more than just react to the changes under way,” he adds, echoing IFoA president Tan Suee Chieh’s recent call to arms. “They have a really important role to shape the system going forward – to steward a whole economy transition. It has to be an active process of working collectively together to do this.”

Scott is absolutely clear that there are opportunities as well as risks. “Achieving a 2°C transition requires tens of trillions of dollars in investment into low-carbon sectors,” he says. “They’re some of the fastest-growing sectors in the UK.” There are also pricing opportunities for investors willing to look through a climate lens, as well as developments in the field of data and analytics: “In order to green the financial system and integrate these risks, there’s a revolution taking place in climate-related data, models, methods and metrics.”

From the Bank of England, Scott seconded into UK government to develop and launch the UK’s Green Finance Strategy, published in July 2019. Pointing out that “over time, all finance will need to be green finance”, Scott emphasises that many of the headline policies in the strategy, such as the expectation for climate disclosure to be mainstream by 2022, are already being put into place. While acknowledging the challenges presented by the current pandemic, he suggests that it serves to highlight exactly why it is important to tackle large-scale future risks now: “Perhaps it provides a lived experience for us all as to how significant and meaningful big global risks can be, and the importance of taking early action to address them.”

The role of actuaries

So, what does early action need to look like, and what role can actuaries play? “Climate data, analytics and standards will be key to ensuring investors, banks and insurers can price risk and reallocate capital effectively,” Scott explains. “For near-term physical risks, the insurance industry has developed the gearbox to translate climate science into financial risk, for example through catastrophe risk models. A similar gearbox is now needed for transition risks – to more effectively translate carbon into credit risk. And more needs to be done to fully appreciate and integrate the impact of the longer-term physical risks.

“As economic thinking and models evolve, there is a great opportunity for actuaries, given their focus around risk and uncertainty, to bring forward thought leadership in this area. For example, how do we account for risks over the longer term that could be nonlinear, that could be irreversible? I see an important role for actuaries to provide insight into these tail risk scenarios and help catalyse the system-wide action and stewardship required today.”

The value of teamwork and collaboration shines through during our conversation: Scott believes in welcoming expertise from all quarters and working with organisations rather than in conflict with them. This is coupled with his real passion for the issues at hand, and pride in some of the outcomes achieved so far.

“While understanding current risks facing individual firms is important, to manage the future we also need collective action to enhance the resilience of the system as a whole,” he says. “The idea of actively shaping our future is really important. We all have agency – we all have a role to play.”

This article appeared in our December 2020 issue of The Actuary.
Click here to view this issue
Also filed in
Interviews