Henry Thompson, head of public affairs, and Katy Little, policy and public affairs assistant, explain the work of the IFoA’s Public Affairs team and how they have maintained working relationships with policymakers during the pandemic 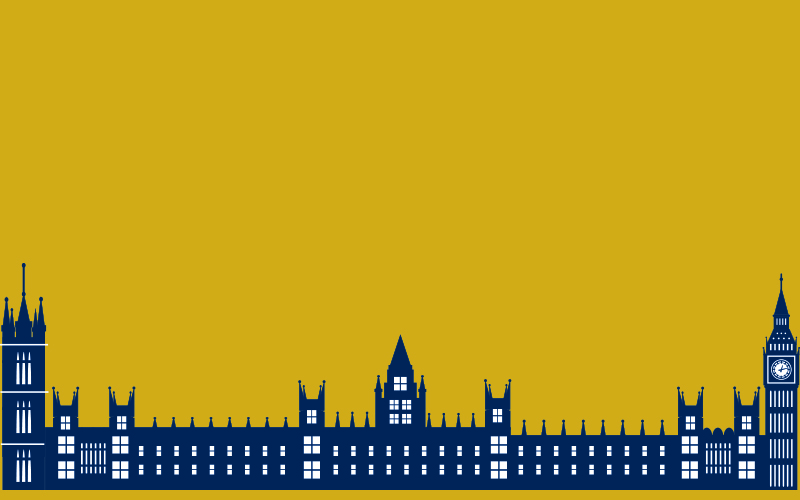 Public affairs is a discipline that largely relies on building and maintaining close working relationships with policymakers across the political spectrum, usually through regular face-to-face engagement. This can range from formal meetings with ministers or backbenchers to a coffee (or something stronger) with a special advisor at a party conference.

COVID-19’s arrival in the UK has closed off our access to these channels, meaning the IFoA’s Public Affairs team has had to rethink its approach to influencing. Following a year of disruption, the team reflects on how the IFoA has adapted its engagement strategies in the wake of the global pandemic.

As the second wave of COVID-19 takes hold, the government continues to respond to the virus’s impact. The government has taken unprecedented fiscal action throughout 2020 to support individuals and businesses so they can cope with the pandemic. With the Budget postponed until 2021 and the Spending Review confirmed to run for just a year, it is unlikely that policymakers’ attention will be diverted away from the pandemic any time soon. During this period, the IFoA has sought to leverage its members’ expertise to show how actuaries can make a tangible contribution to the ongoing response.

In the summer, the IFoA wrote to the UK government’s Scientific Advisory Group for Emergencies (SAGE) to detail how the actuarial skillset could help support the government’s understanding and management of the virus. Subsequently, an IFoA representative has attended meetings of SAGE to provide expertise
on excess deaths and our engagement continues to inform government thinking in this area.

We also wrote to the UK government to suggest a range of measures that would enable the sector to respond more effectively on behalf of consumers. One such measure was a relaxation of the Lifetime ISA rules for a period that would allow consumers to access money from these vehicles without being penalised, thus providing breathing space for those most impacted.

The IFoA argued that this could be achieved by reducing the exit penalty from 25% to 20%, meaning the account holder would repay the government bonus and not the additional withdrawal charge of 5%. In line with the IFoA’s recommendation, the Treasury announced a temporary rule change, dropping the charge on unauthorised withdrawals to 20% for the period between 6 March 2020 and 5 April 2021.

Earlier in the year, the Public Affairs team blogged about how COVID-19 had transformed parliament, and subsequently the way in which organisations such as the IFoA engage with our elected representatives; this can be read at bit.ly/3eKSqp2. Notwithstanding inevitable technical glitches, parliament seems to have adjusted to the move to digital, and we are seeing normal levels of engagement return; it is now the norm to see MPs participate in debates or questions on both an in-person and virtual basis.

While our plans for two parliamentary receptions were swiftly shelved in March, our campaigns and policy priorities have benefitted from MPs’ increasing enthusiasm for digital meetings. Following the launch of the interim report on the Great Risk Transfer (bit.ly/35hWLga) we have held meetings with several MPs, including Stephen Timms, Chair of the Work and Pensions Select Committee, and Jonathan Reynolds, Shadow Secretary of State for Work and Pensions, to discuss our initial findings.

During the autumn period, the team’s main priority has been the passage of the Pension Schemes Bill, which is expected to become law before the end of the year. The team has embarked on an engagement programme to raise awareness of the IFoA’s main areas of support and concerns. In October we submitted written evidence to the Bill Committee (bit.ly/35mumpv), and have also met with several of its member MPs, including Gareth Davies, Richard Thomson and Neil Gray – the latter of whom tabled two amendments to the Bill on our behalf. As it continues its path onto the statute books, we will be looking to work with policymakers across the political divide to seek clarity on issues within the legislation of concern to actuaries.

The IFoA has attended the party conferences since 2018, as they represent excellent opportunities to engage with policymakers and stakeholders on our key policy priorities (these are explained at bit.ly/3lkK4Xv). Party conference season is characterised by swarms of party members, politicians, think tanks and public affairs professionals cramming into packed conference centres to debate the policy issues of the day. Given the nature of these events, it’s no surprise that conference season also went virtual this year.

While we decided not to host our own virtual event at this year’s conference, members from the IFoA’s Public Affairs team did ‘attend’ the conferences and joined a number of virtual events of relevance to the IFoA and its members. A summary of this can be read in our latest blog at bit.ly/3pkkhBa

Even the Brexit negotiations, widely expected to be the dominant story of 2020, fell victim to the pandemic. As we near the end of the transition period, attention has slowly shifted back to Brexit, but political bandwidth on both sides of the Channel continues to be consumed by the pandemic and its consequences – particularly with the advance of a second wave across Europe. In order to avoid a ‘no trade deal Brexit’, an agreement must enter into force by the end of 2020, when the current transition period expires. The IFoA continues to monitor developments to ensure members are kept up to date with the negotiations and the potential implications of either outcome at the end of the year.

The Brexit Podcast Series provides members with insight into how securing a trade deal, or not, might impact particular practice areas – find the series at bit.ly/2Uj4Qep. A number of useful sources for members can be found on our Brexit Hub, at bit.ly/3ePUiNh

Unfortunately, it does not look like 2021 will be any quieter. We are likely to find ourselves navigating an unstable political and economic landscape, with several significant events taking place during the coming months, both domestically and internationally. Events that come to mind include the continuing trajectory of COVID-19 and the state of the global economy, as well as the fallout from the US presidential election and the UK-EU trade negotiations. The latter could have implications for the future of the UK, including louder calls for a second referendum on Scottish independence.

The UK’s ongoing public health response to the virus and the fiscal approach adopted by the chancellor will
have significant implications for the UK economy – both in the short and long term. Identifying solutions to mitigate rising unemployment, business failure and soaring public debt will be high on Rishi Sunak’s priorities, as well as ensuring public services receive adequate support.

While many of these events may not directly affect the IFoA or its members, they will have a
bearing on our stakeholders and our ability to drive certain agendas. There will be other factors to consider, as well as emerging issues, but the team will be closely monitoring events during the coming months to ensure the profession is ready to navigate the choppy waters ahead.

This article appeared in our December 2020 issue of The Actuary.
Click here to view this issue
Also filed in
News