Bradley Shearer speaks to three more non-executive directors about the demands of their roles and what led them there, as well as their advice to those interested in becoming NEDs 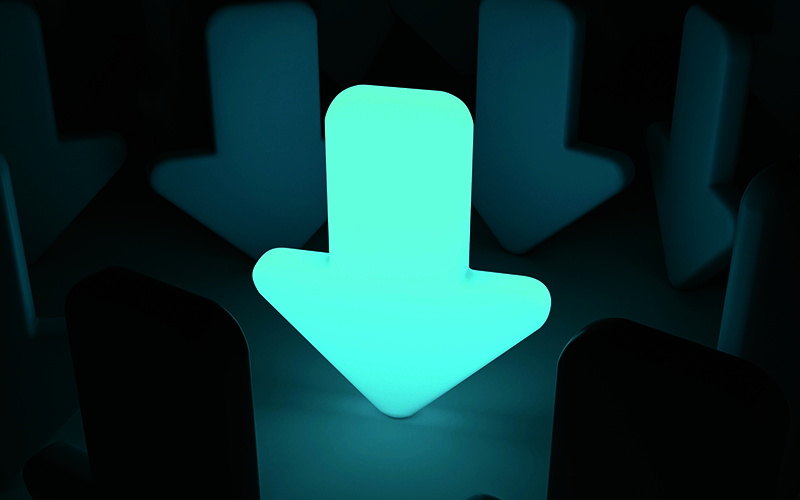 NED roles are often part of a portfolio career, where a variety of roles are held concurrently, rather than just one full-time corporate job. Portfolios can include a mix of paid and volunteer positions: NED roles, part-time consulting, side commercial ventures, professional volunteering, community work and more. A plurality of roles is becoming increasingly common as the nature of work evolves. Some countries emphasise when a director is independent, but others don’t, so our shorthand ‘NED’ includes independent NEDs.

The ‘guiding rather than doing’ nature of non-executive roles is what makes combining multiple roles possible, as they don’t each need full-time attention. In his 2014 article for The Actuary, ‘Actuary on board’ (bit.ly/36JyiS6), actuarial consultant Colin Czapiewski describes non-executive responsibilities as “longer-term planning, making strategic rather than tactical decisions, questioning rather than doing, being hands-off... It might be seen as being a grandparent rather than a parent, albeit with statutory responsibilities.”

The vignettes below are further examples of the portfolio nature of these roles. 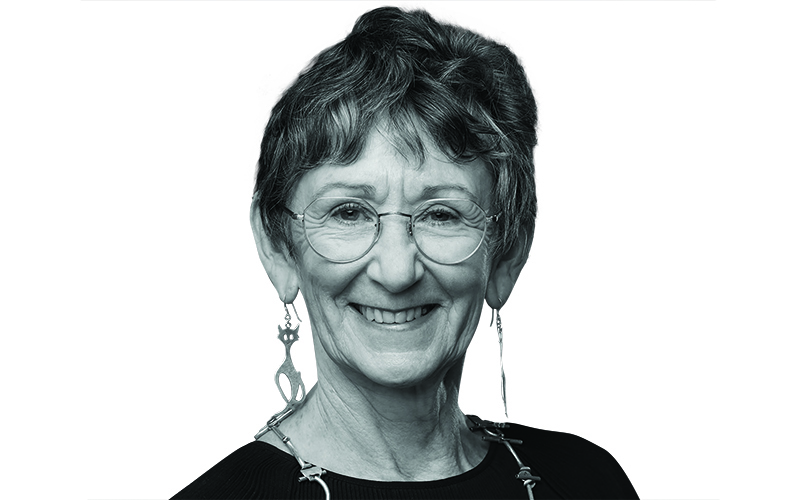 Margaret Carey’s career included time in the UK and South Africa. She feels she explored “all the possible actuarial roles available”, steering clear of moving upward into management roles so that she could maintain a work-life balance. She has always been determined to put her children first, and now spends a meaningful amount of her time with her grandchildren.

In her choices of role, Margaret welcomed any opportunity that she thought might be daunting, believing that stretching herself would lead to lifelong learning. Her diverse roles covered pension valuation, life product development, group risk, experience monitoring, board reporting, alternate directorships of subsidiaries (including ongoing analysis of their results), financial reporting, relationship management and consolidation of results of insurance subsidiaries for a global financial services company, asset liability management and capital modelling, market consistent embedded value reporting, business planning, input into strategy development, and involvement in Solvency II and Solvency Assessment and Management project teams.

This smorgasbord of actuarial experience has given Margaret a solid understanding of the inner workings of insurers, and the risks they face. When she retired from formal employment, she was headhunted for an independent NED role for an insurance group owned by Nedbank. She accepted the position in order to continue her learning journey and embrace the challenge and alternative perspective it presented.

Margaret enjoys leveraging everything she learned during her career to make a difference for the company. Her role requires that she stay up-to-date with “absolutely everything, so there’s never a boring day or dull moment”. She savours the contact with the executive and management teams, and enjoys prioritising issues and crafting communication to inspire, influence and lead from behind.

Margaret is also on the board’s Risk, Audit and Compliance Committees, and chairs the Market Conduct Committees. Using her actuarial training, she has steered implementation of new regulation that requires a comprehensive risk management system and robust governance, facilitated board signoff of policies requiring actuarial knowledge, and given input into independent reviews of processes and models. However, she says, emotional intelligence and communication and systems-thinking skills, together with understanding governance, have probably been of more benefit – in other words, the skills she developed after qualifying.

Margaret describes an effective board as a puzzle: the members and chair all need to bring a different piece to the table, each one distinct but complementary, and they must fit together. When the environment changes, the puzzle needs a new piece – such as analysis of big data, digital evolution, or managing cyber risk. The next member will need to be that new piece.

Margaret advises those considering NED roles to develop unique skills so they have a lot to offer. “I would be getting on top of technology, behavioural and data analysis!” 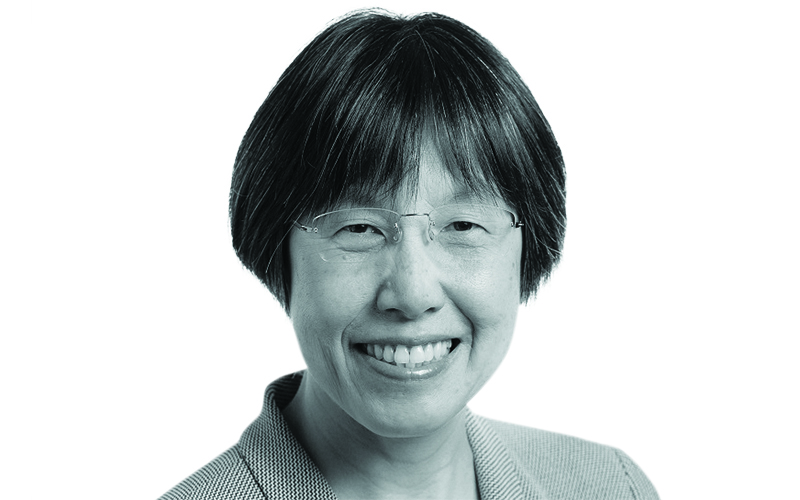 Estella Chiu’s NED roles are for Singapore Life, and Hong Kong Mortgage Corporation (HKMC) and its annuity and insurance subsidiaries. Describing herself as retired, Estella’s executive career involved decades at HSBC Insurance (including as its regional chief actuary and a board position at HSBC Life), followed by heading actuarial services for KPMG Asia-Pacific. She also gained her Executive MBA from the Kellogg School of Management and the Hong Kong University of Science and Technology.

As a previous president of the Actuarial Society of Hong Kong, Estella has an extensive network. Her first NED role was a referral from an ex-colleague whose employer was an investor in a new life insurer, for which it could nominate a NED. Her next appointment arose because a previous consulting client was setting up a new insurance subsidiary, HKMC Annuity. She enjoys her NED roles as they allow her to stay active in the industry while still having plenty of free time to pursue other interests, such as travelling.

Typically, Estella’s NED roles require her to attend four board meetings a year for each position, although there are sometimes more board meetings on emerging issues that require the board’s approval. She also attends additional Audit Committee meetings in her role as chair.

Estella’s actuarial training has been useful in understanding the financial dynamics of the insurance companies she works with. However, she notes, NED roles require strategic thinking – which comes from experience gained over the years rather than formal professional training. She particularly enjoyed HKMC launching its first life annuity product, something that is very uncommon in Hong Kong because of the longevity risk. As the company’s mission is to support government policies in providing retirement solutions to the general public, Estella felt inspired to be “serving a company contributing to social good by offering a meaningful, affordable retirement income product to retirees”.

Estella highly recommends NED roles to retired actuaries, whether they are with commercial entities or public organisations. “There is strong demand for independent NEDs and there is much that we can continue to contribute to society while having free time to pursue our interests.” 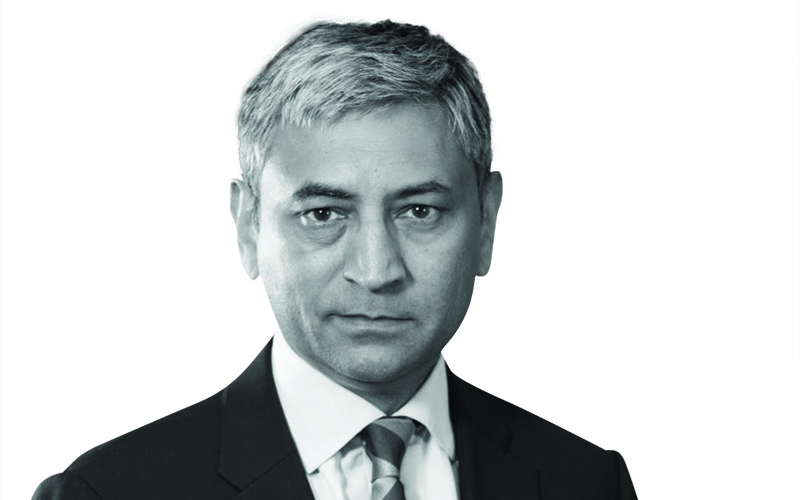 "It helps me continue my passion without doing the heavy lifting"

A seasoned NED, Ashok Gupta had an extensive executive career in the UK. With an MBA from City University Business School, he was principal at Tillinghast, finance director and actuary at Scottish Amicable (now part of Prudential), group strategy director at CGU (now Aviva), CEO of Kinnect (a technology platform for Lloyd’s of London) and operating partner at Pearl (since renamed Phoenix). After that, he decided to “go plural” and build a portfolio of NED roles. The variety of his experience has made him attractive to boards.

Ashok’s first NED role was with St James’s Place in the mid-1990s where he represented Scottish Amicable (a part owner in the joint venture). His next was for Skandia from 2004, including forming their Risk Committee, while he was working with Pearl. Both companies were in very different markets at the time, and Ashok notes that “it is becoming increasingly common for senior executives to have a NED role, too, as it offers insight into the expectations boards have”. When he decided he wanted a portfolio career, he already had one NED role and was “better positioned when looking for others”. His other NED roles have included positions with EValue, AA Insurance Services, New Ireland Assurance, JP Morgan European Smaller Companies Trust and Sun Life Financial (headquartered in Canada).

In addition to corporate roles, Ashok has been involved with regulatory bodies such as The Pensions Regulator, the Bank of England and the Financial Reporting Council. He posits that building engagement with regulators is important at a senior level, and it becomes far easier to guide a business when there are key regulatory issues to consider.

Ashok’s passion is building businesses, and he describes being a NED as a way of helping others to do that: “It helps me continue my passion without doing the heavy lifting.” An experienced board chair, he describes that role as helping to set the strategy for a business and ensuring its delivery is based on alignment of ambition between management and shareholders. It is far more active as you are “leading your leaders”, rather than using the risk or actuarial skill that a Risk Committee, say, requires.

Ashok’s NED appointments have come through headhunters, so his approach has been to maintain his network, profile and skillset – it’s difficult to attribute a specific approach to a specific source in your network. Keeping top of mind among your peers is helpful, he adds.

Sometimes, Ashok says, a NED will face intractable issues that they struggle to find a way through. These situations require a lot of thought over whether to stay and try to improve the problem or to stand down from the board. Examples include governance flaws or inherent issues around financing or shareholder structure, which can impede the board’s collective ability to contribute to business growth.

All three NEDs have described how these roles can help extend our careers, continuing to contribute to society while staying active, pursuing a passion without doing the heavy lifting, or sustaining our learning journey.

This article appeared in our November 2020 issue of The Actuary.
Click here to view this issue
Also filed in:
Careers