A question of compensation 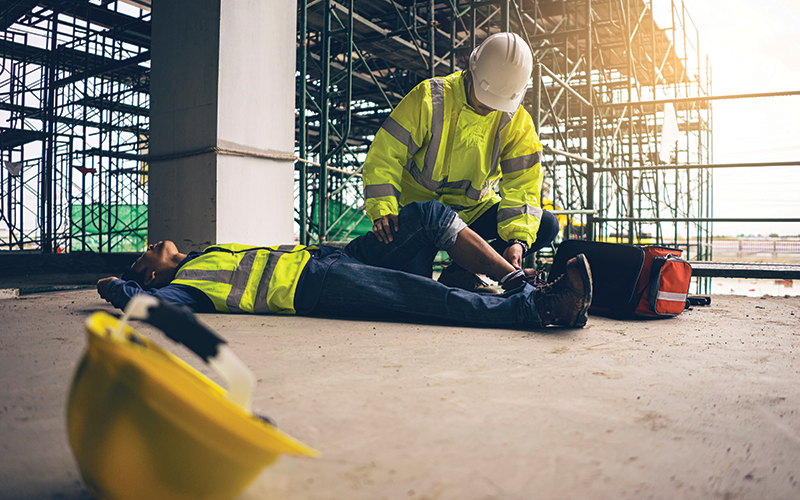 Typically, a claimant’s LE is assumed to be normal and is derived directly from the Ogden tables. However, if there is clear evidence suggesting an individual is ‘atypical’ (they have a shorter or longer life expectancy), the Ogden tables may be departed from. In such cases, the court will primarily seek advice from clinical experts, who consider all the negative and positive pre and post-injury factors that might affect LE. However, if the predicted remaining years of life cannot be agreed upon, a statistician or actuary might be consulted. What methods might be used to estimate the LE of a claimant with one or more additional mortality risks (impairments)?

Finally LE*, the adjusted LE, is calculated using the formula

What happens when a life has several impairments?

If a claimant has more than one impairment, the reduction in LE for each impairment is computed separately. A common practice is for the reductions in LE to be summed and the total reduction subtracted from the LE of a standard life aged x. However, this method may underestimate LE*, as shown in the following example.

Consider a male aged 45 in 2020, with traumatic brain injury (TBI) and type 1 diabetes. For TBI, MR varies with post-injury mobility level. We use MR = 1.8, the average for all persons that can ‘walk well alone, at least 20 feet’, based on a large long-term cohort study. For diabetes, we use MR = 2.0, based on Brackenridge’s Medical Selection of Life Risks and diagnosis at age 13 (the average for type 1 diagnosis in the UK). Using the mortality assumptions from the ONS 2018-based National Population Projections we compute a life table for a standard male life aged 45 in 2020, allowing for future improvements in mortality. From this, life expectancy when MR = 1.0, 1.8, 2.0 and 2.8 is calculated, giving 38.943, 33.205, 32.173 and 28.881 respectively. Next, we compute the reduction in LE for TBI only, diabetes only, and both conditions (ie for MR = 1.8, 2.0, 2.8). Summing the values for MR = 1.8 and MR = 2.0, we obtain a reduction in LE of 12.508 years. By comparison with the value obtained for MR = 2.8, a reduction of 10.061 years, we see that the numerical rating method gives a considerably smaller reduction in LE than that obtained by summing the two separate reductions.

An alternative method: rating up

‘Rating up’ is an alternative method that treats impaired lives as though they experience the mortality of a standard life but are k years older. This allows all calculations to be based on a single set of tables, assuming the following:

It follows that the mortality of an impaired life currently aged x is the same as the mortality of a standard life in k years’ time. If there are two independent impairments, their combined λ is the product of the two separate values of λ. Thus, k is the sum of the corresponding values for the separate impairments.

If, as is likely, Gompertz’s law does not hold exactly, we may estimate  k for a given impairment from tables of life expectancies. LE*  is found as the life expectancy of a standard life k years older. These calculations are illustrated by the following example, which makes use of the values of l*x+t  for ‘MR = 1.0’ illustrated in Figure 1 and the reductions in life expectancies due to individual impairments from the previous example. 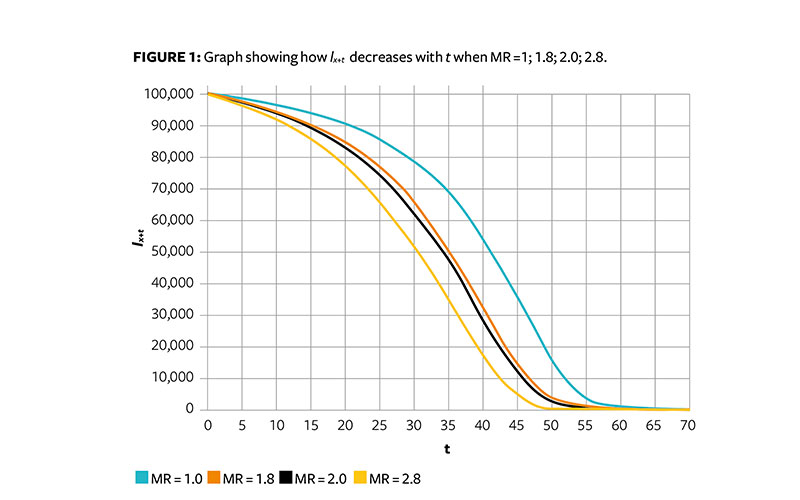 The problem of assuming a constant relative mortality risk

Both the numerical rating method and rating up method underestimate life expectancy due to their reliance on mortality ratios (MR) or hazard ratios (λ), which compare the mortality of impaired lives to the mortality experienced by standard lives. These ratios are assumed to be constant but, in reality, this is unlikely. As the standard population ages, the proportion of deaths from natural causes increases, which implies that the MR/ for a given impairment decreases with age. If these ratios are based on data for the early durations since the onset of the impairment, they may then be too high at later durations. Put simply, neither method accounts for the fact that relative risk of mortality generally declines with age. When multiple impairments are considered, underestimations of LE may be amplified.

The authors gratefully acknowledge the assistance of Dr William Scott, with thanks to Mac-Migs for a summer vacation scholarship.

Nicole Gray is a graduate of Oxford University, where she studied human sciences