A point of inflection 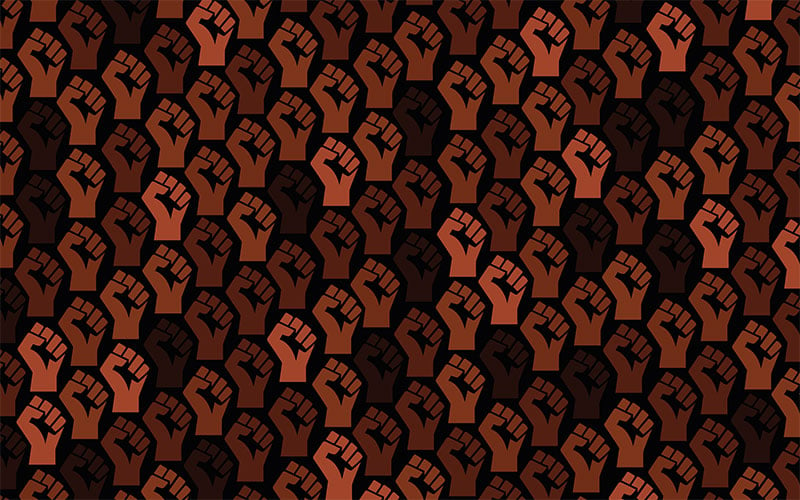 In May, the media was rife with racism allegations after a white woman named Amy Cooper was filmed accusing an African-American man of threatening her in Central Park, New York.

Not so widely reported was that Cooper was an actuary – a highly educated professional, who, in an office environment, would be expected to display an open and progressive attitude towards racial equality.

The incident took place on the same day that the death of George Floyd in Minneapolis, Minnesota sparked months of protests against police brutality and racism. Organisations around the world have been grappling with the best way to respond to these events, and the IFoA is no different.

“This is a pivotal opportunity for the IFoA to address diversity in the broadest sense, and in an urgent and thoughtful way,” says Suee Chieh, who began his term as president in June. “As risk professionals, we have an interest in the sustainability of our societal systems. If there are inequalities in our systems, the rest of our society, and therefore our profession, cannot be sustainable, because we are so interdependent and interconnected.”

This year’s events have led to discussions around racism and bias that may otherwise have gone unnoticed. “I think it’s significant that Amy Cooper was an actuary,” says Chika, who chairs the IFoA’s Diversity Advisory Group (DAG). “She was a professional person who probably considered herself to be open to discussions around diversity. That’s the really difficult conversation that we as a profession and as individuals need to have. We need to ask what lurks within us and how can we recognise, understand and manage that.”

Discussions around racism and diversity have been going on within organisations for years, with many companies expressing commendable intentions. However, for Suee Chieh, the time has come for a more authentic approach. “It is more important that we have meaningful action – deeds, not words – and the IFoA is now in a serendipitous inflection point for cultural transformation under the leadership of Stephen Mann.”

Shortly after the death of George Floyd, Chika wrote a blog arguing that everyone must now recognise that “racism does not lie elsewhere, but is endemic”. “We can convince ourselves that we are making a difference when, actually, beneath the surface, there are some really powerful and damaging biases, discrimination and issues that have been there all along,” she says. “What’s most surprising about this year’s events is that so many of us were surprised.”

Ethnic minority communities have had to contend with racial discrimination for decades, but Chika believes now is the time for others to become “purposefully outraged”. “There is a journey that we need to go on, a journey of reflection, and I think the IFoA is on that journey,” she says. “It’s about informing, learning and acknowledging the issues. You need to go through those stages before launching into the actions.”

It is agreed that tackling racism will be a long process. “I’m very pleased that Chika talks about journey and reflection, which hopefully leads to real outcomes we can all own, and consequential action,” Suee Chieh says. “We can see the outcomes we want in a broad sense, but we must bring this issue into the foreground – this is the purpose of our leadership team.”

The IFoA president believes there are four organising principles for the institute to consider: opportunity, accessibility, diversity and sustainability. “Opportunity means that young kids in disadvantaged communities who love maths have the opportunity to learn about the actuarial profession, and have the courage to dream of becoming actuaries,” he says. “Accessibility means that if someone reaches the IFoA, our culture, attitudes, processes and decision-making are fair and open at entry level, and ongoing as they progress through the system.”

Although the data is limited, research firm Randstad found that, in 2018, members of the black, Asian and minority ethnic (BAME) community held fewer than one in 10 management jobs in the UK’s financial services. Meanwhile, the Bank of England warned last year that the resignation rate among ethnic minorities is far above that of the bank’s as a whole.

“You could argue that the facts and the figures speak for themselves,” says Chika. “If you talk in terms of representation, not even at the highest echelons of our firms, but several layers below that, you don’t see the representation of certain cohorts. Inclusion is the softer, but no less important, aspect of the environment individuals experience. That speaks to why, at entry point, you might get great representation, but you’re not able to keep certain groups of people.”

Although many companies have targets for BAME or gender representation, there is evidence to suggest that the environment in financial services may not be attractive or supportive to certain groups. “We must make sure that the IFoA itself is diverse and gives opportunity in a fair way, taking into account people’s background and perspectives,” Suee Chieh says. “And let us look at the data. My sense is that black communities have a more challenging time in accessing the IFoA compared to Asians and other ethnic communities, and if this is the case, we may want to be more targeted.”

“Accessibility means that if someone reaches the IFoA, our culture, attitudes, processes and decision-making are fair and open”

Ignoring these issues could also impact a firm’s bottom line. Analysis by McKinsey and Company has shown that firms in the top 25% for ethnic diversity are 33% more likely to make profits above the industry average, and those with ethnically diverse boards are 43% more likely. “There is no bigger risk than having people in your organisation who do not fully reflect your customer base and the talent pool needed to be successful,” Chika says.

“An area that actuaries should be considering is in relation to the operational risk associated with diversity – I think we have the ability to bring that to life. It’s as much about missed opportunities as the risks. You might be making quite catastrophic missteps by not having a diverse workforce. If you have a group of people who don’t have that diversity of thinking, decisions can suffer. That risk can be existential, and I don’t think I’m being overly dramatic in saying that.”

With a masters degree in psychology and an interest in culture, Suee Chieh is aware of the risks of groupthink and the comfort of uniformity and consensus. “I agree wholeheartedly with Chika. Risk management is not just about mathematical modelling, it is about culture, robustness of ideas, sustainability of the larger systems our models operate in, diversity of views and building a strong team with a shared context – the best teams are often diverse, with a unity of purpose.

“As a profession, we must not stay within the narrow confines and comforts of our technical world. Social injustice is a societal risk and has to be eliminated – otherwise, human society, and the foundations on which our economic systems rest, cannot endure.”

It is perhaps the specific experiences of certain groups that can be an even greater driver of change. Both Chika and Suee Chieh are from ethnic minority backgrounds, with the latter of Chinese descent and the former from a Nigerian background. “I landed in London in 1977, and was probably the only Asian and non-white person in the new qualifiers ceremony I attended in the mid-1980s,” Suee Chieh says. “When I was a student, I had to worry about abuse and physical safety from football hooligans and skinheads when I took the trains at East Ham.”

Chika recalls receiving racial abuse on her way to school while growing up in the outskirts of London. In the professional environment, her experiences have been more subtle. “From time to time you are reminded that you are a minority,” she says. “I’m not saying these are news-making incidents, but they’re still things that affect you because it’s the cumulative references, conversations, behaviours and interactions with people that have impacted me as an individual.”

She also believes that her formative years created a barrier to her aspirations, and recalls an experience that highlights the issue of opportunity for BAME people. “As an 18-year-old I talked myself out of applying to Oxford and Cambridge because I looked at those great institutions and thought ‘this is not the place for someone like me’,” she explains.

“I thought that things had moved on, but then about three years ago I was speaking to a panel of young people, and was approached by a young lady who told me that she had decided not to apply to the IFoA because she felt that it wasn’t for people like her. I cannot tell you how saddened I was – we have so much more we need to do.”

The IFoA has a commitment to inclusivity, and over the past 10 years can demonstrate a Council and presidential team stemming from diverse ethnic, geographic and gender backgrounds. It aims to ensure that the profession is reflective of wider society, and its Diversity Advisory Group now has a renewed focus on data collected to better understand BAME representation. Suee Chieh believes that greater outreach, surveys, forums and celebration of role models is needed.

“I think a lot of Asians are very happy that I was elected president because they see that it’s possible,” he continues. “We don’t want to be elitist, but we do want to remain a place for professional excellence. We want to make it accessible to everyone, especially the groups that have never heard of us, and role models can encourage others who have a passion for maths to join. I also want Chika to rename the Diversity Advisory Group the Diversity Action Group! I suggest we facilitate a DAG discussion with key leaders in the IFoA to make things happen in a thoughtful way.”

For Chika, diversity is so much bigger than any one person or organisation, and companies must come together for the common good. “I firmly believe that what comes out of this will be to the benefit of the broader and wider spectrum of diversity and inclusion,” she says.

“All of the activities and actions going on at different firms and organisations should be considered as part of a collective endeavour to move forward. The IFoA needs to convene that activity, bring firms together and allow our members to connect and get a picture as a whole as we go forward.”

This year’s events – taking place in the context of COVID-19 – have been a powerful reminder of our society’s inequalities. “When I look back to the end of May, I was very despondent, and on the cusp of walking away from the diversity activity that has taken up a big chunk of my professional and personal life,” Chika admits. “But the extraordinary response and outpouring of deeply personal emails made me think ‘I can’t walk away’. This is a generational change we are embarking upon, and over time people will become weary and fatigued, but we have momentum, and I absolutely believe good will come from this and that we have enough willing individuals, young people and global traction to make a difference.”

This article appeared in our October 2020 issue of The Actuary.
Click here to view this issue
Also filed in:
Interviews
Topics:
Professional
Careers